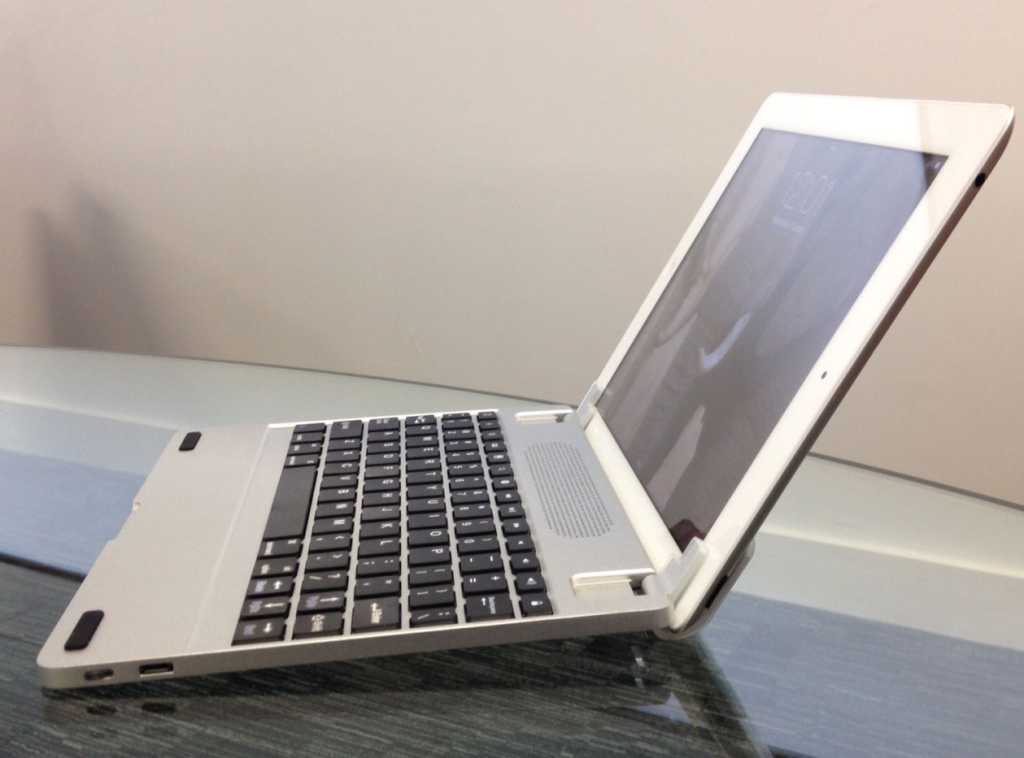 Overall, the Brydge is the best iPad keyboard we’ve tested. It’s great if you don’t want to carry your iPad and laptop around as it’s genuinely good for typing long documents. As a bonus, it’s not even that expensive. 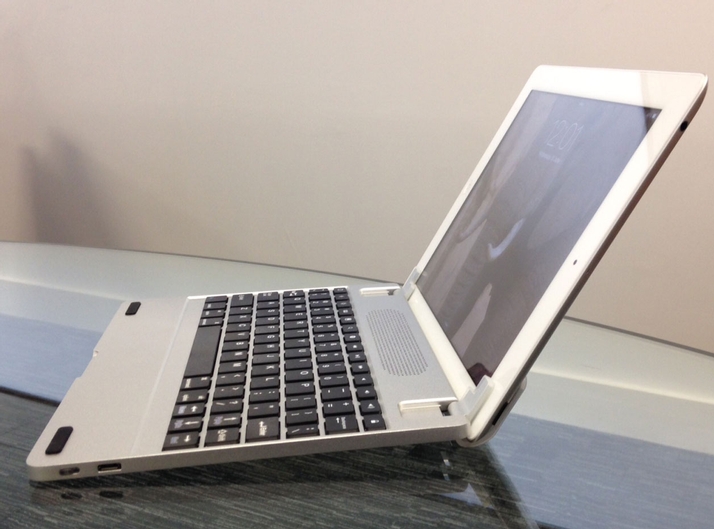 Although there’s not yet a version of the Brydge for the iPad Air, those with an iPad 2, 3 or 4th gen will certainly appreciate the excellent build quality of the Brydge+. Its design mirrors the MacBook and more than once we reached for the non-existent trackpad, such is the similarity.

Of course, it’s scaled down to fit the iPad’s dimensions and the keys are smaller, but we found it no problem to touch type. There’s plenty of key travel – the Brydge+ doesn’t claim to be the thinnest or lightest keyboard around – and the layout is about as close as you can get to a MacBook. There is one criticism though: this is a US keyboard with a US layout and $ rather than £ sign.

Constructed from aluminium, with plastic keys, the Brydge+ looks and feels the part. Thanks to a recent price cut, it’s now cheaper than many inferior alternatives.

Your iPad slots into the hinges, and is held in place by the friction of the rubber inserts. The keyboard arrives to fit a third- or fourth-generation iPad, but shims for the iPad 2 are in the box.

We found that our iPad Air (in its Apple Smart Case) fitted snugly into the hinges with the iPad 3/4 shims, so it’s eminently possible to use the Brydge+ with an iPad Air. Of course, the idea is that you use a case-less iPad as you can leave it attached to the hinges in the ‘shut’ position. 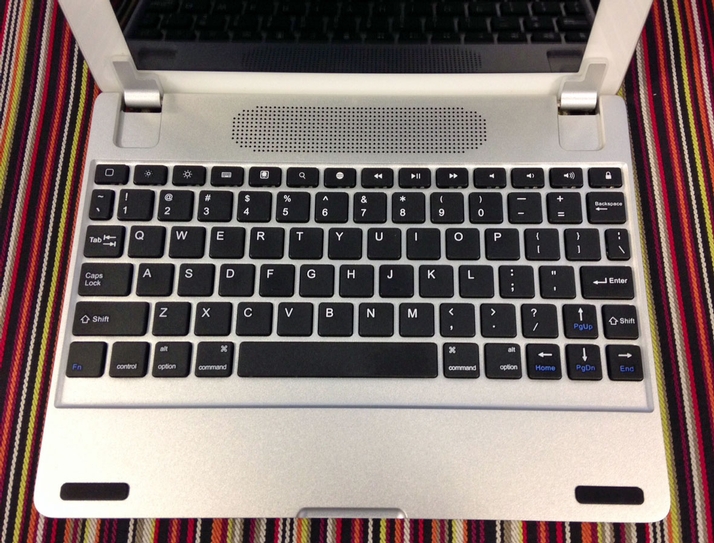 We were particularly impressed with the stiffness of the hinges and the fact you can tilt the iPad back to almost 180-degrees. This means you can always get a comfortable working angle whether you’re using it on your lap, on an aeroplane or on a desk. Plus, thanks to the weight of the keyboard – 524g – you can tilt your iPad back without the keyboard tipping up: they balance each other nicely.

The model we tested included Bluetooth speakers, but you can get the speakerless version if you really don’t want them. However, as you’ll save less than £10, it really isn’t worth it. The speakers can be paired at the same time as the keyboard so you can listen to music, say, while you type.

The speakers delivery the kind of sound you’d expect from any laptop, which is to say there’s a noticeable lack of bass. However, they’re still a huge improvement over the iPad’s single speaker because they’re facing you and – crucially – they’re much louder.

There’s a polycarbonate model (with speakers) which costs £47. It has the same excellent aluminium hinges, but is black rather than silver. It’s marginally heavier at 542g, but it doesn’t feel nearly as sturdy as the aluminium versions. Unless you’re strapped for cash, it’s not worth the small saving. 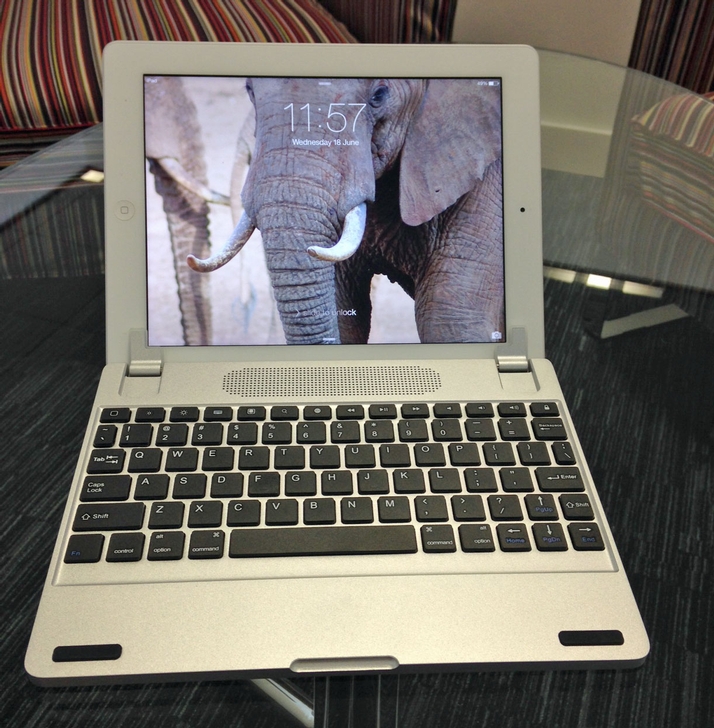 Although Brydge is a US-based firm and you’ll be charged in dollars, a UK warehouse means you won’t have to wait long for delivery, nor pay any import charges.

Overall, the Brydge is the best iPad keyboard we’ve tested. It’s great if you don’t want to carry your iPad and laptop around as it’s genuinely good for typing long documents. As a bonus, it’s not even that expensive.