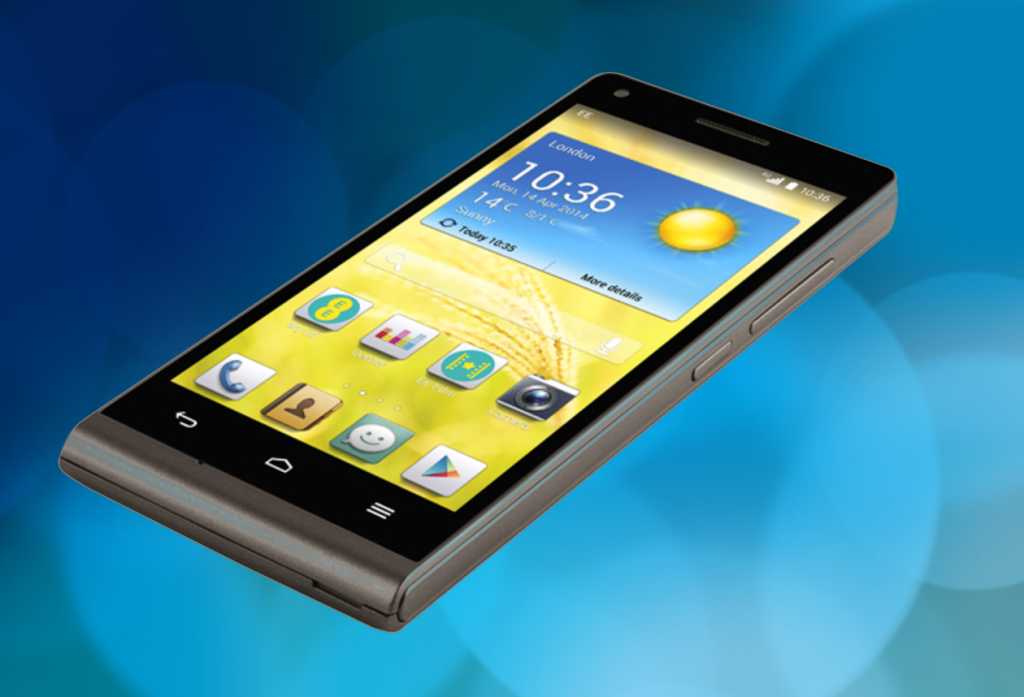 We like the Kestrel, we really do. We don’t like its design and build quality, and we hate its user interface, but in other respects the Kestrel has a lot going for it. Whereas network operators haven’t yet been able to make 4G connectivity available UK-wide, at least the hardware on which to enjoy it is now available even to those on tight budgets. At £99, you get a pretty good screen, better performance than you should probably expect at this price, and the promise of 4G connectivity if it’s available in your area.

EE’s Kestrel, a rebranded Huawei handset, is the UK’s cheapest 4G smartphone, available for £99 on PAYG (with a £10 top-up), or free on a £13.99/month contract with 500MB of data, 500 minutes and unlimited texts. So what do you get for such a tiny amount of cash? Read our EE Kestrel review to find out. Also see: 30 best smartphones.

The Kestrel is built by Huawei, and uses the same rectangular grey slab for a chassis as the company’s Ascend G6. It feels incredibly lightweight at 145g, and at 133x65x7.85mm it’s a comfortable size to use in one hand, but the Kestrel is very plasticky in its appearance. At this price we wouldn’t normally argue, although Motorola’s cheaper £89 Moto E looks more stylish by comparison. Also see: 29 best Android phones.

The front and rear has a matt finish that makes it feel less cheap, but a band running around the Kestrel’s circumference has that giveaway plastic sheen.

As with just about every other Android phone you’ll find a volume rocker and power button on the Kestrel’s right edge and Android’s Back, Home and Menu software buttons below the screen. Less standard is the micro-USB port at the top and a headphone socket at the very bottom of the phone’s left edge. It’s all a bit back to front. We’d rather the latter sat at the top or bottom, making it easier to listen to music through headphones with the Kestrel in your pocket. It’s only a minor quibble, although we’d imagine lefties would find it infuriating – how are they going to multitask while listening to their tunes?

On the back you’ll find the EE logo, a small speaker and a 5Mp camera with LED flash. This rear cover is removable, allowing you to access the microSD card- and micro-SIM slots. It’s not particularly sturdy, and there’s a definite creakiness in the hand and a rattle as you place it down on the desk. That said, the 2,000mAh battery is not removable, so once the cover is clipped in place you’ll probably just leave it there.

(On the subject of that battery, EE specifies 12 hours of talk time and up to 370 hours on standby, which is reasonable for a budget phone. We’re still conducting our battery tests, but you can expect the Kestrel to endure a full day’s use before needing a recharge.)

In design, the Kestrel’s saving grace is its screen. No, it’s not the best display we’ve seen, but it’s large, at 4.5in, very bright, and at 540×960 pixels (or 245ppi) it has a decent resolution compared with many budget phones. Viewing angles are decent, too. Given that this is a 4G smartphone, with its unique selling point super-fast internet on a budget, that’s important: you will want to watch video on the Kestrel and, as we’ll see next, it has the hardware to back up that requirement.

The Kestrel is no different to any other phone made by Huawei: it has specs you’d expect to find in a much more expensive smartphone. Inside, you’ll find a 1.2GHz Qualcomm Snapdragon 400 quad-core processor, along with 1GB of RAM and 8GB (5.3GB usable) of internal storage. The Kestrel is never going to beat the HTC One M8s and LG G3s of this world, but in our benchmarks it gave its budget rivals a very good run for their money.

Finally, we ran GFXBench 3.0’s T-Rex test, in which the EE Kestrel managed 14.4fps. That’s not a great result, but it’s on a par with the Ascend P7, and slightly faster than the Moto E and 2013 Moto G. The Kestrel also had a stab at Manhattan, in which it recorded 6.9fps. You can compare these scores to those of all the phones we’ve recently tested in our article: What’s the fastest smartphone 2014: Processor, graphics, web performance comparison.

Of course, benchmarks are only half the story. Just in downloading the necessary software to run these benchmarks we had to restart the Kestrel, and it’s something we did far more frequently than we would have liked. It certainly wasn’t difficult to confuse this budget phone.

Then again, navigation is fairly nippy, and the only thing that slowed us down was the crowded home screens from which you can delete only the shortcuts to apps you’ve personally installed. We’ll come back to this in our Software section.

The Kestrel’s cameras are rather basic, but they’ll do the job. You get a 1Mp snapper at the front for selfies and video chat, while a 5Mp camera is paired with an LED flash at the back. You can’t really ask for more at this price. You can check out the quality in some of our test shots below.

It was a pretty miserable day but, even so, we found the colours very dull and saw a lot of unwanted noise. Click on the photos to view them at their original size.

The main reason you’d choose the EE Kestrel over any other budget smartphone is its 4G connectivity. Motorola has also added 4G to the 2014 edition of its Moto G, but that phone costs an extra £50 (and £50 is a lot of money when you’re talking about a £99 phone). You won’t find 4G connectivity in other budget phones such as the Moto E and ZTE Blade V, for example.

So why do you want 4G? We look at this in greater depth in our article ‘ What is 4G?‘, but in essence it offers Wi-Fi-like speeds on a mobile connection. EE also offers what it calls ‘Double-speed 4G’, with 20Mb/s downloads on average (max 60Mb/s) and 11Mb/s uploads. 4G is not available all over the country, however, so if you don’t frequent the larger cities it may be of little use to you.

It’s important to note that you will also need decent EE coverage in your area: the Kestrel is SIM-locked to its network.

You’ll also get Bluetooth and GPS connectivity with the EE Kestrel, but don’t expect such luxuries as NFC and the very latest dual-band Wi-Fi connectivity at this price.

The Kestrel runs Android 4.3 Jelly Bean, whereas even the cheaper £89 Motorola Moto E runs 4.4 KitKat. It’s not the latest version of Google’s mobile platform, but it is a very stable OS, and EE says an update to KitKat is being considered. Clearly that isn’t much of a promise, so if you’re bothered about your phone running KitKat you might prefer to look elsewhere.

On top of this is the EmotionUI interface, on which we weren’t especially keen. There is no Apps menu, with icons for everything instead placed on the Kestrel’s multiple home screens – some loose, and others grouped into folders. If there’s an app that came preinstalled that you have no desire ever to use then forget about tucking it away in the Apps menu, or better yet uninstalling it. If it came on the phone then it stays on the phone. No, it stays on the home screen. Arrggh! The control freak inside me just can’t handle all this mess.

It is possible to move around these shortcuts, of course, so if I owned the Kestrel I’d probably put all the stuff in which I was the least interested on the last home screen. But, to be fair, for Android novices who can own an smartphone for months and never even know that there is a Settings menu (trust me, I know a few), it’s probably a pretty useful approach.

So why do we need to make things even more basic with a Simple Home menu? This tile-based interface will be a great fit for beginners, but to me it’s just a poor man’s Windows Phone, with no live information and it’s nowhere near as pretty.

And then there’s the never-ending scrolling list of toggles in the notification bar. The Kestrel’s overall approach to navigation and organisation is a bit like someone doing the washing and then dumping it on the floor rather than tidying it away in the drawer, since it’ll probably end up there anyway. Doesn’t anyone ever put anything away anymore?

We like the Kestrel, we really do. We don’t like its design and build quality, and we hate its user interface, but in other respects the Kestrel has a lot going for it. Whereas network operators haven’t yet been able to make 4G connectivity available UK-wide, at least the hardware on which to enjoy it is now available even to those on tight budgets. At £99, you get a pretty good screen, better performance than you should probably expect at this price, and the promise of 4G connectivity if it’s available in your area.