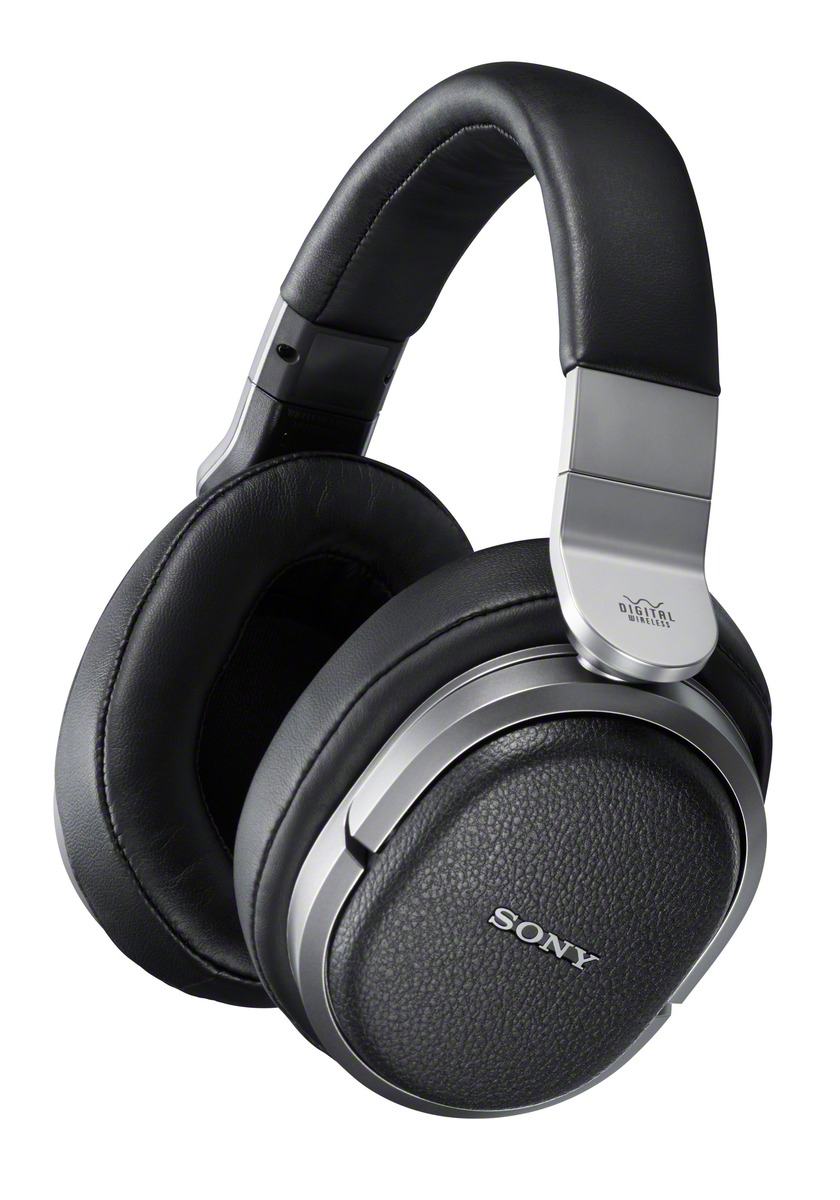 Although expensive, we rate the Sony MDR-HW700DS wireless surround headphones as a compelling alternative to a physical multichannel speaker setup, and they’re a great practical solution when it’s just not possible to crank things up. 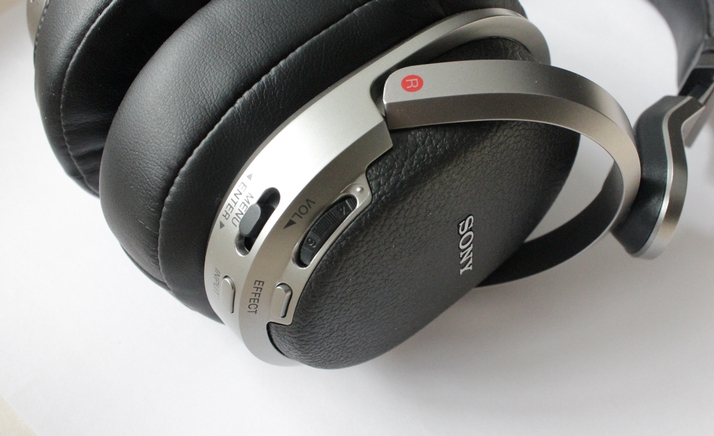 Surround sound headphones are hardly a new concept, but Sony’s MDR-HW700DS cans are the first to promise a virtual 9.1 listening experience. Designed for use with any HDMI source component, these high-concept headphones would seem ideal if want an uncompromised private movie session, some late night gaming or just hanker after anti-social volume. They also offer a welcome respite from extraneous domestic noise pollution. The MDR-HW700DS heads a line of wireless models, which also comprise the less ambitious MDR-HW300K and MDR-RF811RK.

While there are low profile touch buttons on the lid of the processor, to select inputs and effects, everyday control comes via the headphones themselves. A selection of controls on the bottom of the right hand earpad brings up the system menu on the TV. Once mastered, you can select inputs, volume and DSP effects.

Powering up the headphones causes the TV to mute internal speakers as it registers the MDR-HW700DS as an external sound source. The headphones connect with the HDMI base station using either 2.4GHz and 5GHz. If noise is detected from other devices in the 2.4 GHz band, the transmitter automatically moves to the less congested 5GHz space. Signal delivery is uncompressed.  Wireless stability is good; we could wander from room to room without dropping a connection.

Much as you’d find on any AV receiver, there are acoustic post processing modes for Cinema, Game and Voice. The movie mode offers the richest mix, probably because it was tuned by Academy Award winning Supervising Sound Editor Tom McCarthy.

For the Games mode, Sony turned to the sound designers at Sony Computer Entertainment. Dialogue here is given a little lift, although it remains to be seen if the spatial imaging offers gamers any competitive advantages. The stereophonic Voice mode though proves just a bit too spitchy to enjoy. 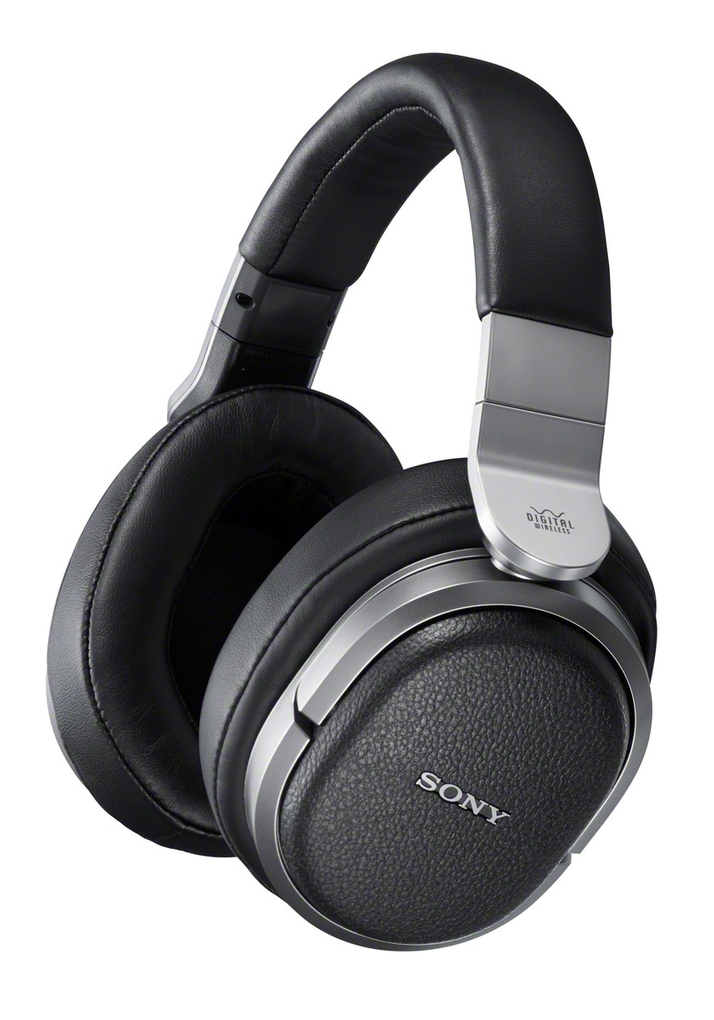 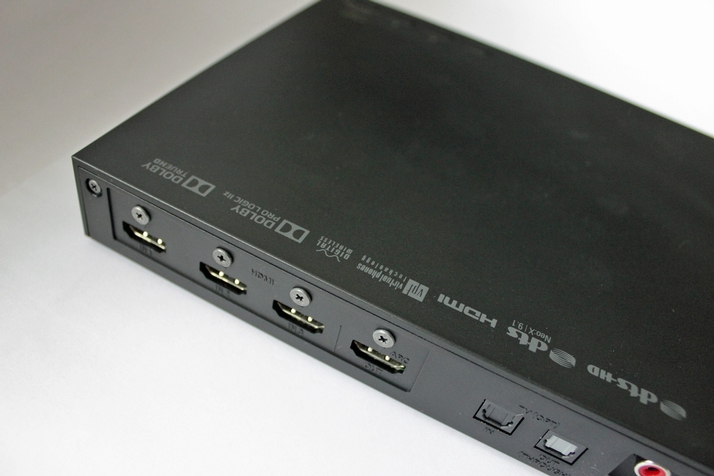 The processor is perfectly happy with all the usual codecs, including DTS Neo X and Dolby pro-Logic 11z. While standard two-channel PCM is resolutely stereophonic, multichannel codecs enjoy a most ethereal soundstage. The result is solidly entertaining, be it with TV fare or Blu-ray.

The 9.1 channel experience (two additional rear channels and a pair of front heights are added to the standard 5.1 mix) is created using proprietary HRFT-style Virtual Headphone tech. While the surround sobriquet is a bit of a misnomer, sonic placement created by this psycho-acoustic technique is actually pretty authentic. Using the DTS channel check on the Expendables 2 Blu-ray release, the Sony ‘phones authentically placed all the channels in a DTS HD master Audio 7.1 mix. Out-of-the-head imaging is immersive.

The HW700DS also perform well as hi-fi headphones. Their comfortable, spacious nature and 24-bit/192kHz uncompressed audio support, makes for easy listening, although in this case post processing modes are to be avoided. While a headful of FLAC flute concerto proves a little too acerbic to be entirely enjoyable, a rip of Megadeth’s Rust in Peace CD is considerably more agreeable.

The MDR-HW700DS are extremely comfortable to wear, weighing just 320g, important given the running length of most modern movies. The ear cushions are seductively soft and the headband is well-padded. The headphones will need daily USB recharging though, thankfully this doesn’t take long to do. Continuous battery life is rated at 12 hours. (See also: Best headphones for kids.)