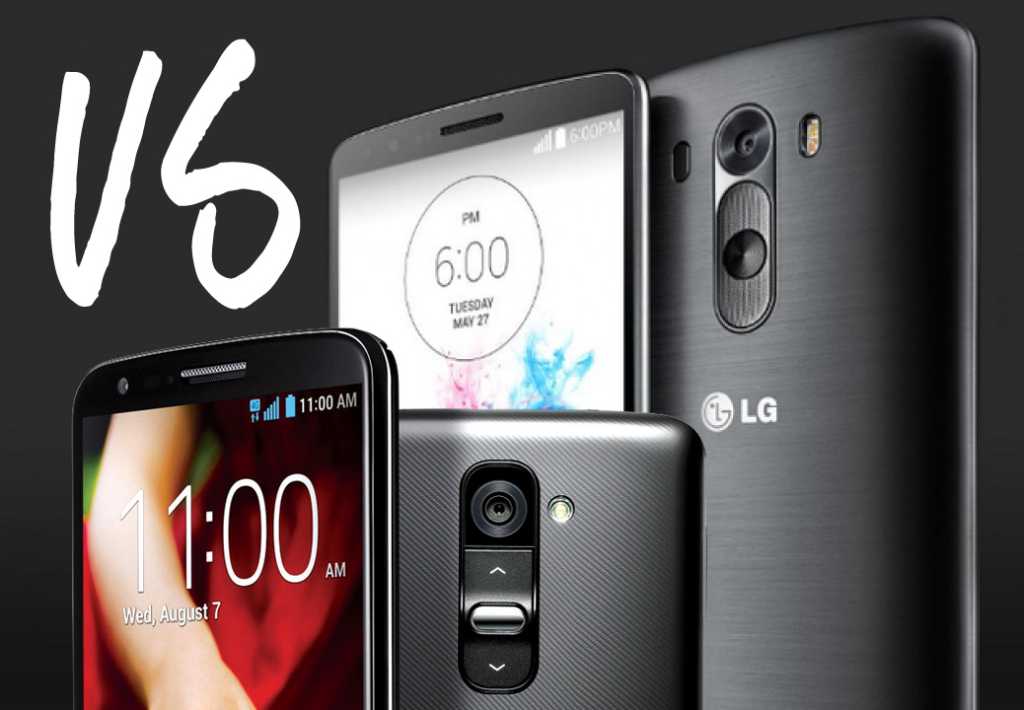 We loved – strike that – still love the LG G2, so we’re pleased to find the LG G3 is a solid upgrade to the G2. It has a faster processor, an improved camera and the ability to expand the phone’s internal storage with a microSDXC card, plus it beats all its rivals with a quad-HD screen and good value for money.

When the LG G2 was released we judged it to be the best smartphone money can buy, and to this day it sits atop our best smartphone 2014 chart. It has set a huge example for the LG G3 to live up to. Here we compare the specs of the LG G2 and LG G3. Also see our LG G3 hands-on review .

Part of the reason we were so impressed with the LG G2 was that it came on to the market some £150- to £200 cheaper than other flagship smartphones at £399, and yet the specs were just as good as those of its rivals.

If you’re getting your smartphone on a contract then the price of the phone itself makes little difference, but you can scoop huge savings buying a handset outright and choosing a SIM-only tariff. For advice on getting the best SIM-only deal for your needs check out our article: Best SIM-only deals.

LG hasn’t confirmed UK pricing for its G3, but Clove is listing it at £499. This means it undercuts both the HTC One M8 and Sony Xperia Z2, and is only a few pounds more expensive than the Samsung Galaxy S5.

Now available in white, gold and silver, the LG G3 is otherwise very similar in design and build to the LG G2, solid and well made. Previously with a plastic rear it now has a lightweight metal housing.

As with its predecessor, the LG G3 features a Rear Key (power and volume buttons found on the handset’s back rather than its side), but now also includes a dual-LED flash and 13Mp camera that can record 4K (3840×2160) video here.

The LG G2 pairs a quad-core 2.26GHz Snapdragon 800 processor with 2GB of RAM and Adreno 330 graphics. This configuration allowed it to score 848 points in the single-core component of the Geekbench 3 test, and 2,271 points in the multi-core section; in Geekbench 2 we measured 4,085 points. In SunSpider the LG G2 put in a great performance at 901ms, and in GFXBench 3.0 it thrashed most of the competition with 51fps in the Egypt test and 23fps in T-Rex.

The new LG G3 features a 2.5GHz Qualcomm Snapdragon 801 processor with Adreno 330 graphics and either 2- or 3GB of RAM depending on whether you buy the 16- or 32GB version. That’s the same hardware combination as the Samsung Galaxy S5, Sony Xperia Z2 and  HTC One M8, the latter of which aced our benchmarks with 962 points in Geekbench 3.0 single-core and 2,761 multi-core, 583ms in SunSpider and  30fps in GFXBench T-Rex.

You can compare the performance of all the smartphones we’ve recently tested in our article: What’s the fastest smartphone 2014: processor, graphics and web performance comparison.

Benchmarks don’t always tell the whole story, especially when benchmark-boosting software is implemented by smartphone manufacturers, but with these hardware specifications you can be sure the LG G3 is one of the fastest smartphones you can buy, and a clear improvement on the LG G2 in this regard.

As before, the LG G3 is available with 16- or 32GB of internal storage. LG has also fixed our only real complaint with the G2 by adding a microSDXC slot that lets you add a further 128GB.

The LG G2 squeezes into a chassis much smaller than you might expect a 5.2in (1080×1920, 423ppi) IPS touchscreen, with a super-slim bezel that gives it a great edge-to-edge look. To turn on the screen you simply give it a double-tap, and to turn it off you double-tap an empty section of the home screen or the notification bar.

The screen is one of the key differences with the LG G3, both larger and significantly higher in resolution. LG has specified a 5.5in Quad-HD (1440×2560) IPS panel with a staggeringly high pixel density of 534ppi. The G3 therefore places itself as the ultimate smartphone on which to watch video, view photos and play games.

The LG G3, like the G2, features 13Mp rear- and 2.1Mp front cameras. The G2 has a 1/3.06in sensor, 29mm focal length and f/2.4 aperture, while the G3 boasts of optical image stabilisation and a laser autofocus, allowing it to focus faster than the blink of an eye. The front-facing camera is ideal for selfies: an auto timer can be triggered with a hand movement, while the screen acts as a makeshift flash.

We’ve displayed a picture shot with the LG G2’s rear camera below.

Just like its predecessor the LG G3 supports Wi-Fi, Bluetooth, NFC and 4G, plus it has an IR transmitter. With the LG G3 Wi-Fi support is now extended to dual-band 802.11ac, and you get LTE-Advanced connectivity.

While the LG G2 is supplied with Android Jelly Bean, like its newer sibling it can be upgraded to run the latest version of Android, 4.4 KitKat.

KnockOn lets you turn on and off the phone with a double-tap, which makes moving the power button to the rear less of an issue. Some other tricks we’ve previously found useful include Guest Mode, QSlide (which lets you place several apps in a small window that can be moved around the screen), Slide Aside (which lets you slide offscreen up to three apps and then recall them with a reverse gesture or via the notification bar), plus the ability to reply to text messages without opening them and wirelessly access the phone’s storage from a PC or laptop.

You’ll find more avanced personalisation features in the LG G3, which can learn your usage patterns to offer you more personalised information. The interface has also been slightly reworked, with flatter-looking icons.

In common with the LG G2 the LG G3 features a 3,000mAh removable lithium-polymer battery, with support for wireless charging. Our G2 can last a good couple of days, perhaps even three with light usage. With a larger, higher-resolution screen and a faster processor inside you might think battery life would suffer, although LG claims to tackle this with adaptive framerates, adaptive clocking and adaptive timing control. We’ll be able to investigate this when we get the LG G3 into our lab for thorough testing.

Don’t like the LG G3? Check out the competition in our article: 27 best smartphones of 2014.