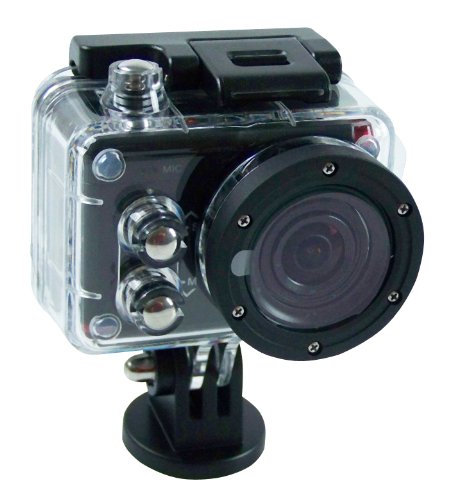 It’s hard not to like the Isaw Extreme when you see how much is included in the package – both in terms of its functions and the accessories. The big advantage over the GoPro is the built-in LCD and the considerably lower costs. The market leader is still the best all-rounder for serious action photographers but it’s time for GoPro to start glancing over their shoulder. 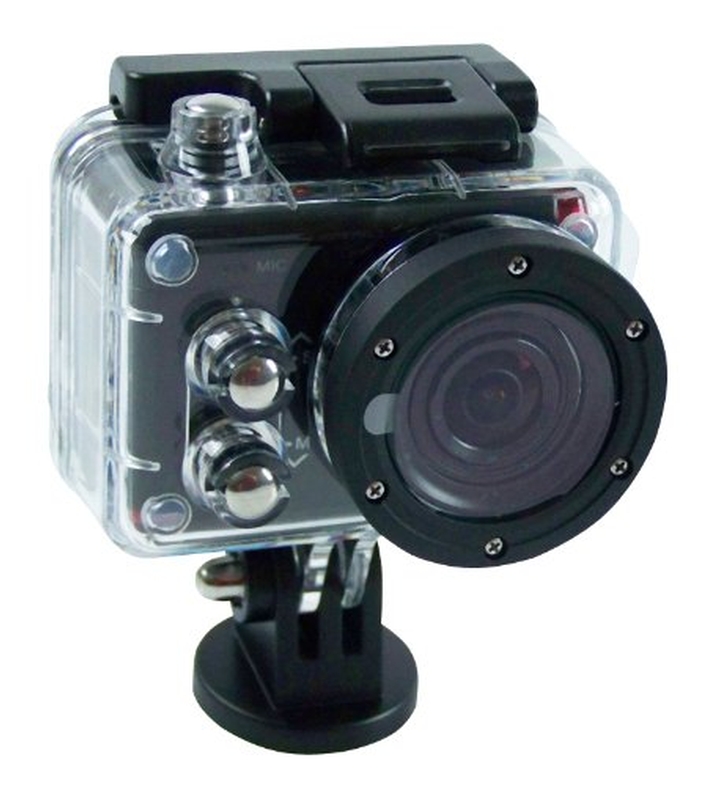 Mention the phrase ‘action camera’ and the name that comes most readily to mind is GoPro. Yet just as Apple’s iPhone defined a standard for the mobile phone industry and is now beleagued by copycats, so GoPro’s imitators and rivals are starting to think and build harder. See all camera reviews.

The latest contender in the market is the Isaw Extreme which has clearly been developed as an answer to the GoPro HERO3 Black Edition. It includes many of the same features but Isaw has shrewdly decided how much to prune and how much to boost while creating a camcorder that is around £100 cheaper than the market leader.

The Extreme certainly has a more sobering appearance than the HERO3, dispensing with any glittering silver in favour of matt black with dramatic red indicator lights at two corners.

It’s also markedly larger at 61 x 43 x 32 mm and substantially heavier (110 vs 74 g) but much of this is due to the built-in 2-inch colour LCD on the rear. This allows instant preview and review of the sequence you’re setting up. You would have to purchase this as an accessory on the HERO 3.

Navigating through the menus on the Extreme is thus a lot simpler and quicker, as you make use of the Power/REC button on the top and the Setup and Mode buttons on the front to sort through tabs to the settings you need. The HERO 3 on the other hand has to make do with a much smaller mono display near the lens to provide you with the same choices, and scrolling is a lot more laborious. 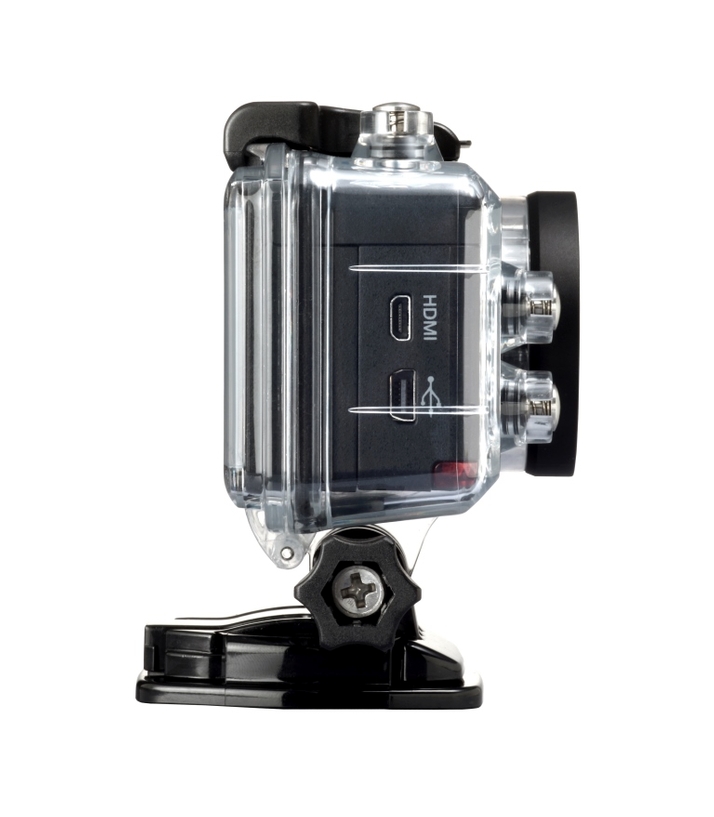 The Extreme’s top three resolutions can be captured at either 60 or 30 fps, with additional 120 fps Slow Motion recordings available at 720p, and 240 fps at 480p.

Both the Slow-Mo and the included Time Lapse (1-30 seconds) effects worked extremely well, maintaining smooth action with good detail. For underwater filming up to a depth of 60 m there’s a dedicated Aqua scene setting that does an effective job of altering the white balance to reduce blue bias.

Where the GoPro scores higher is with additional features such as Auto Low Light, the Ultra Wide Protune FOV for enhanced video quality and a Spot Metre for, say, shooting out of dark cars towards the light.

The Extreme accessories package will look very familiar to GoPro fans. The transparent waterproof housing is almost identical (and in our tests the seal was totally effective). As well as the selection of flat and curved mounts and varied length connectors, you can also swap out the watertight backdoor for an open version which will still afford some protection to the camera while allowing clearer reading of the LCD – a definite brainwave. 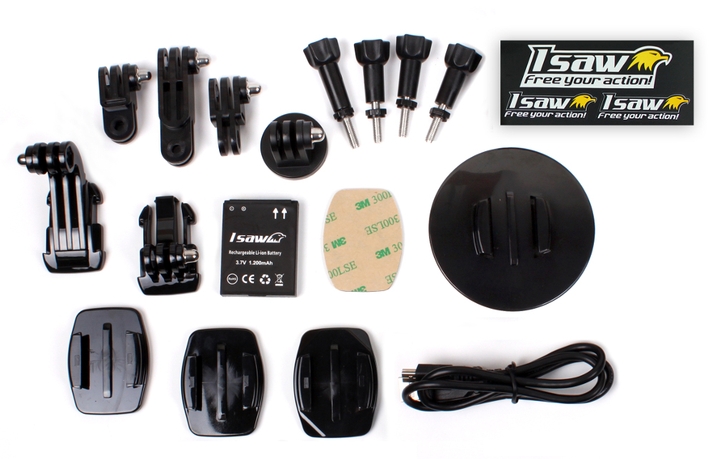 The GoPro HERO3 was the first in that range to introduce onboard Wi-Fi to allow control via mobile phone app; and the Extreme has followed suit so you can now remotely stop/start both video and take still images. Range is said to be up to about 120 m, using the Isaw Viewer app for iPhone or Android.

Setup was quick and problem-free and proved to be a handy supplement when it came to filming a friend in action. Software updates can be iploaded via the supplied USB lead, and the HDMI port lets you view all footage captured on the microSD card.

The LCD on the Extreme is a valuable means of checking the levels of Wi-Fi and battery, although red external lights will also warn you when changes are needed.

Battery life is claimed as two hours but using the Wi-Fi drained it rapidly to less than an hour so it might be worth buying at spares if you’re planning a day’s snowboarding or diving. See all camera reviews.