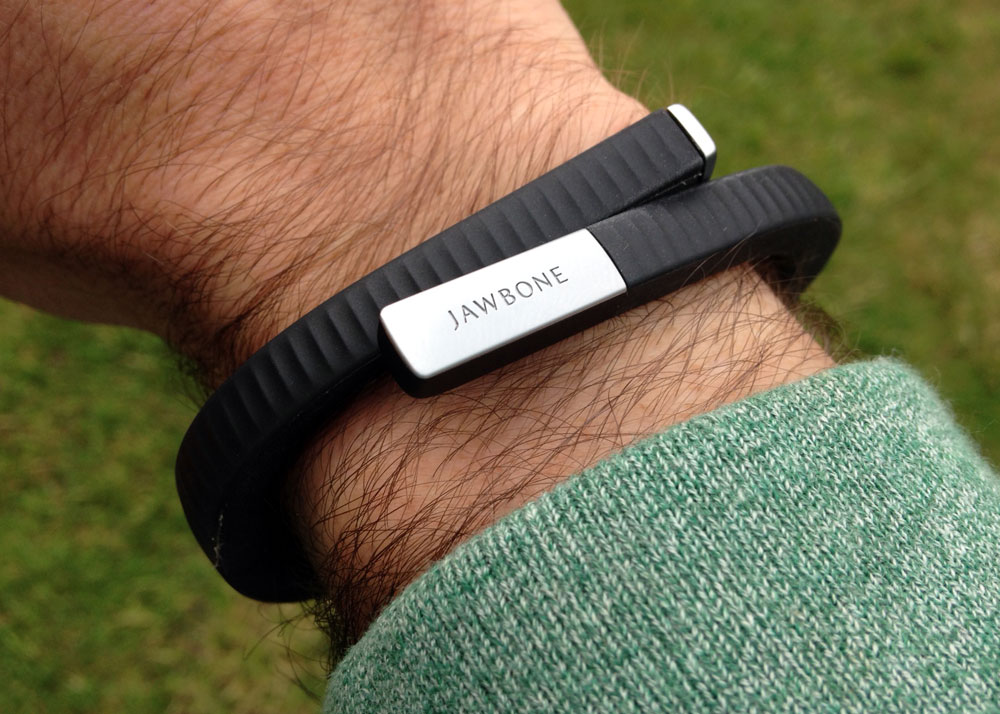 If you can afford it, the Jawbone UP24 is a great activity tracker. It doesn’t have the most features – and the lack of a display is frustrating – but as a tool for motivating you to exercise and generally live a healthier lifestyle, it can be very effective. There’s still strong competition from the cheaper Fitbit trackers, though, and these are better value overall.

The original Jawbone Up, reviewed, was a good activity tracker (reliability problems aside) but it lacked one feature which just about every other tracker boasted: Bluetooth. Instead, you had to take off the band and plug it into your smartphone’s headphone jack to synchronise your steps and sleep data. See also: 10 Best activity trackers of 2014

With the new Up24 that’s sorted and now the band synchs automatically as long as the app is running on your phone.

In just about every other respect nothing has changed. It still looks the same – there’s a subtly different pattern in the rubber – and it comes in three new colours: Persimmon (orange), Pink Coral and Lemon Lime. We prefer Onyx, or black as most people would call it. The old blue Up is below the Persimmon Up24:

There are three sizes, and for comfort’s sake, it’s important to choose the right one. Too small and the UP24 will squeeze your wrist; too large and it will flop around and catch on things.

Jawbone Up24 review: what does it track?

The Up24 tracks exactly the same things as the old model. That means steps, distance, calories and sleep. There’s still no altimeter for stairs climbed and no heart-rate sensor.

However, that’s no great shame as most people won’t care one jot. It does the important stuff, and it does it well.

There’s a single button on the band which can be used for various things. Press it once and it will vibrate and tell you which mode it’s in: awake or sleeping. You change the mode by holding down the button until either the moon or sun is displayed, and you can toggle between modes this way.

To start the stopwatch – to time an activity – you tap the button and then press and hold until the band vibrates. Tapping the button twice and then holding it begins a power nap mode where the band lets you sleep for up to 45 minutes, but wakes you at the optimal time.

Although water resistant, Jawbone says you shouldn’t submerge the Up24. You can wear it in the shower, or in the rain, but not while swimming.

Charging, which you’ll have to do roughly once a week, is via a minijack plug like the old Up band, but it’s now a 2.5mm jack instead of 3.5mm. That means the same proprietary charging cable, which is all too easy to misplace. It’s a shame there isn’t a standard microUSB port somewhere. However, if you leave the cable plugged into a USB port or charger, it should be more difficult to lose.

The band weighs just 22g (for the medium version) and you quickly forget you’re wearing it. It’s slim enough to fit under tight sleeves, too.

As with the old model there’s an idle alert which vibrates when you’re inactive for a period of time. You can set the interval, as well as the hours between which alerts are given.

The vibration motor can also be used as an alarm, and you can set multiple alarms via the app. We particularly like the ‘smart’ alarm mode which wakes you at the optimal time for the best start to the day. You can set a window of 10, 20 or 30 minutes before your set time, and the alarm will go off when the band thinks is best. Sometimes this works well, but other times it can be annoying to have been woken from what seems like a deep sleep 20 minutes early.

If there’s a gripe it’s the lack of a display. Although the LEDs tell you the mode and battery charge, there’s no clock and no way to see how close you are to your step goal. The trade-off is that the band is a good-looking bracelet which should be stylish enough even for fashionistas.

The app is possibly the best part of the Up24. It has been updated a little since we reviewed the original UP, and is still one of the best designed and nicest looking of any activity tracker.

Two big bars show your sleep and steps, along with a percentage showing at a glance whether you’re over or under. If you want to, you can track food and drink via the app. This adds a third bar showing total calorie intake. Adding food and drinks is much easier than before since you can quickly tap on a coffee, water, juice or common foods such as toast and cereal for breakfast, a sandwich for lunch and various evening meals. There’s a built-in barcode scanner for processed food too.

Of course, if you want to, you can be more precise about the number of calories. It’s up to you how much effort to put in. And, there’s good support for third-party apps which means you can still use MyFitnessPal instead of Jawbone’s food database.

Happily, there’s a bunch of other big names in the companion app list including Strava, Withings (for the Wi-Fi scales), IFTTT, RunKeeper and more. There’s also Jawbone’s new UP Coffee app which promises to show how caffeine intake affects your sleep. Unfortunately this needs updating to make it easier to enter different types of coffee in the UK as it’s set up for US use and wants you to enter the number of ounces.

Below the big bars on the home screen is a news-style feed of your recent activity, including exercise, food and drink and sleep. For each day you can tap on a breakdown of your movement and see for how many minutes you were active and idle, plus the estimated distance you covered and a bar chart shows when you took those steps.

Sleep works in a similar way, and is arguably the best sleep tracking system around. A clear graph shows awake, light sleep and deep sleep periods, with totals underneath. It can be fascinating to see how little deep sleep you got, for example, after a bad night’s sleep, as well as how long it took you to fall asleep and how long you were awake in the night.

It’s easy to change your sleep and steps goals in the app, but the defaults are 10,000 steps and 8 hours’ sleep.

It’s great that the Up24 can now synch wirelessly, but this does limit its compatibility with Android devices (a problem for all Bluetooth activity trackers). The seven-day battery life is a few days shorter than the older Up because of wireless synching, but it’s still decent considering the size and weight, and the app is brilliant – especially the sleep tracking and compatibility with other popular fitness apps.

However, it’s a shame there’s still no display and that the band isn’t fully waterproof. It’s also expensive at £125.