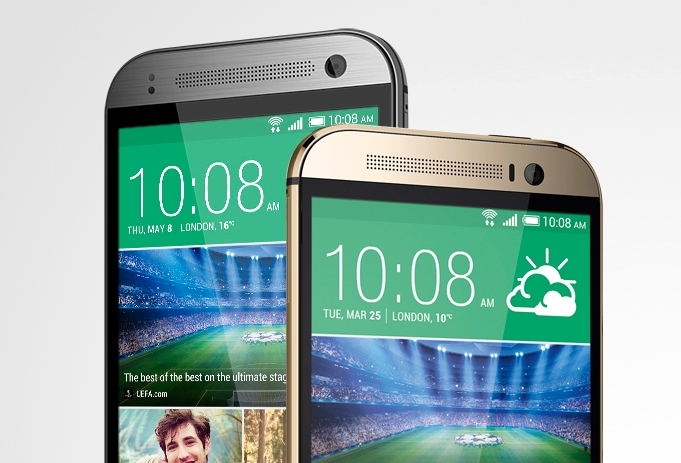 The HTC One M8 either bests or matches the HTC One mini 2 in every category we cover here. And the difference in price isn’t enough to make it a good deal in comparison. For those really looking to save some cash on an Android smartphone the best deal will most likely come from the £149 2014 Motorola Moto G. 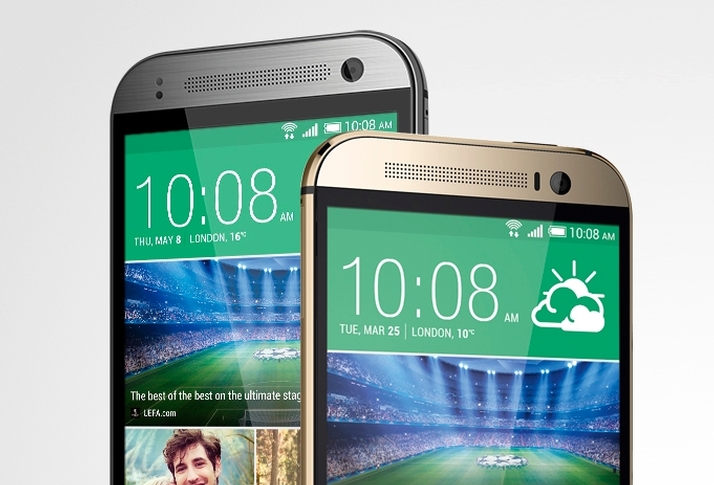 HTC One mini 2 vs HTC One M8: Pricing and UK availability

HTC’s One M8 is available now, and its price has already fallen from its £549 RRP to around £523 SIM-free. You’ll get it cheaper (relatively speaking – see Best SIM-only deals) on a contract, of course. The HTC One mini 2 will go on sale on 16 June at £498 SIM-free via Amazon or, confusingly, just £360 from Phones4U. Also see: 25 best smartphones

EE has the exclusive on the Amber Gold One mini 2 in the UK, and will be accepting pre-orders from 23 May on both this version and the Gunmetal Grey mini 2. It’ll charge £29.99 per month. 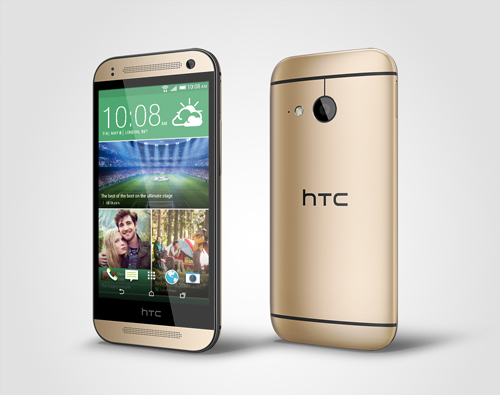 HTC One mini 2 vs HTC One M8: Design and build

The flagship HTC One M8 features a unibody brushed-aluminium design. Its curved rear, rounded corners, reassuring 160g weight and primarily metal (90 percent) chassis make this feel like a true premium smartphone in the hand. The HTC One mini 2 is simply a more compact, lighter version of the HTC One M8, with the same metal design. 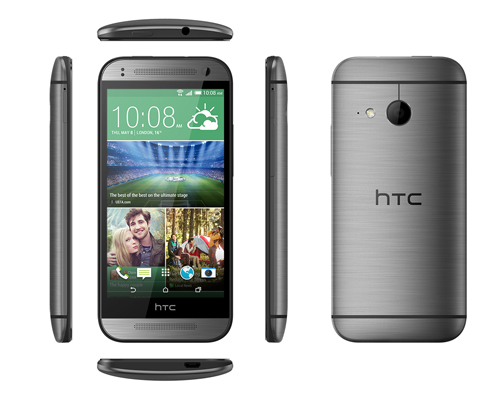 Both HTC One M8 and HTC One mini 2 will be available in in Gunmetal Grey, Glacial Silver and Amber Gold.

HTC One mini 2 vs HTC One M8: Display

While the HTC One mini 2’s screen is smaller than that of the HTC One M8, however, it’s really not what we might consider ‘small’. At 4.5in it’s a very decent size for watching films, playing games and, importantly, for smaller fingers to actually be able to reach the furthest corner of the screen during one-handed use. Dare we mention the iPhone 5s again, it’s also larger than Apple’s 4in panel.

HTC One mini 2 vs HTC One M8: Processor, graphics and performance

The HTC One M8, fitted with a 2.3GHz quad-core Qualcomm Snapdragon 801 processor and 2GB of RAM, posted some of the highest performance scores we’ve ever seen from a smartphone.

Indeed, the HTC One M8 tops our charts in Geekbench 2 with 4,171 points, and in the single-core test of Geekbench 3 with 962 points. In the same test’s multi-core component it is beaten by the Samsung Galaxy S5, Sony Xperia Z1, Z2 and Google Nexus 5, posting 2,761 points. Also see: what’s the fastest smartphone 2014: processor, web and graphics performance compared.

So, the HTC One M8 is a staggeringly fast – one of the very fastest – smartphones we’ve ever tested. If the benchmarks can be believed, of course. In our own subjective tests we judged the HTC One M8’s performance to be excellent, and the HTC Sense 6.0 interface seemed to cause no problems with lag.

HTC One mini 2 vs HTC One M8: Storage

Storage is identical for the two HTCs, with 16GB onboard and the ability to add a microSDHC card up to 128GB in capacity.

HTC One mini 2 vs HTC One M8: Cameras

HTC has taken a different tack with the cameras on its two 2014 Android smartphones.

The larger HTC features two cameras at the rear, and is known as a Duo Camera. One camera is used to take standard shots, while the other captures depth and lets you alter the focus even after images are shot. The main camera is just 4Mp – it’s the same UltraPixel camera found in the HTC One M7, but can shoot faster and capture sharper images – but it has larger pixels than its rivals, making it a decent camera for use in low-light situations.

The HTC One mini 2, meanwhile, features a 13Mp with a BSI sensor and f/2.2 lens, putting it more in line with the best smartphones of last year. Like its bigger brother, it’s capable of full-HD video recording. 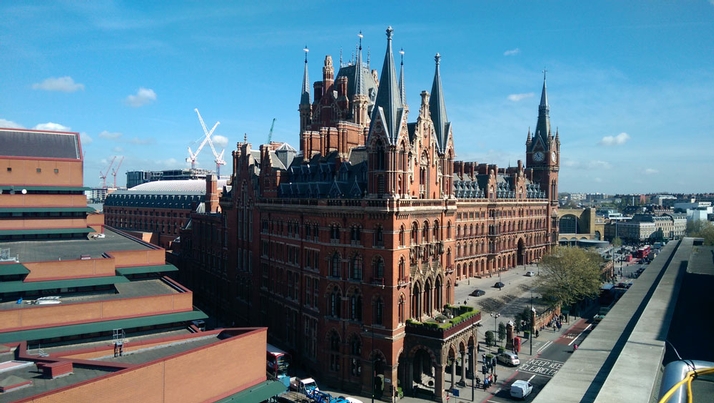 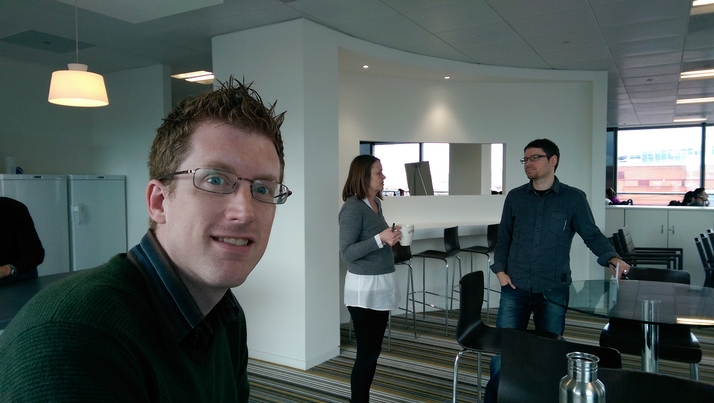 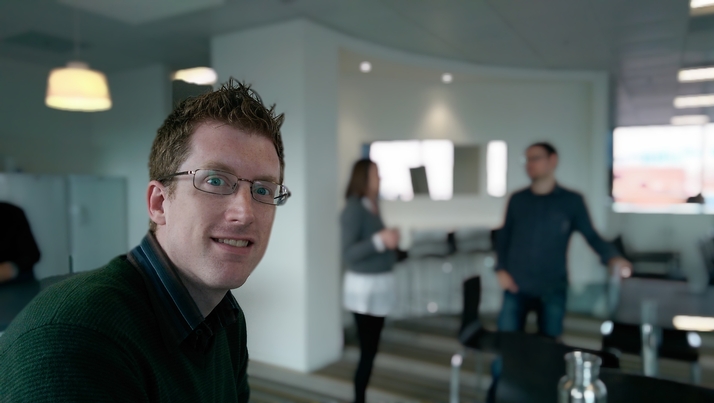 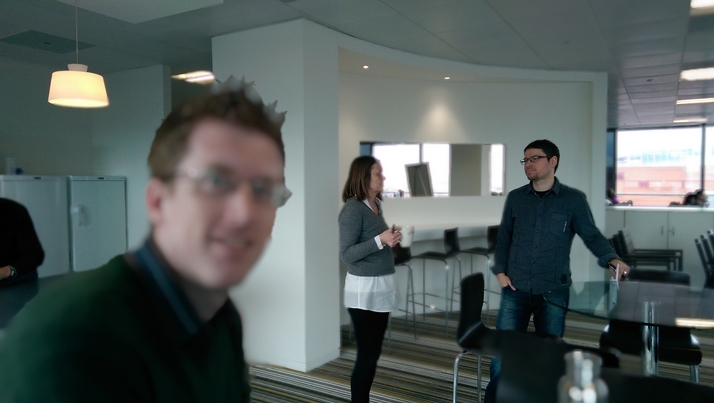 Both HTC phones have a generous 5Mp front-facing camera for selfies and video chat.

HTC One mini 2 vs HTC One M8: Connectivity

There’s little difference between these two handsets in connectivity. The HTC One M8’s Wi-Fi connectivity stretches to the latest 802.11ac standard, and it includes support for MHL and IR. Other than that, both support 4G, NFC, Bluetooth 4.0 with aptX, dual-band 802.11a/b/g/n Wi-Fi, DLNA, GPS, Glonass and HTC Connect. Both smartphones also require a nano-SIM.

Just like its larger sibling, the HTC One mini 2 is equipped with BoomSound technology, dual front-facing speakers and the same amplifier. HTC says it, too, can deliver “powerful, crisp and clear audio that has never been more brilliant. The One mini 2 delivers rich tones from bass through to treble, producing high-quality, immersive sound”. 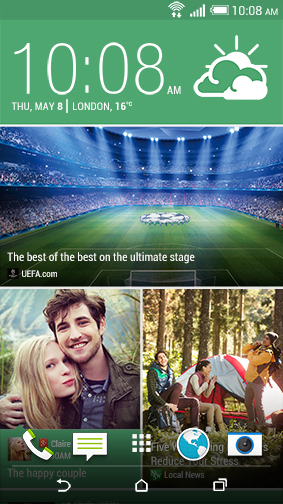 HTC One mini 2 vs HTC One M8: Software

Both HTC One M8 and HTC One mini 2 run the latest version of Android, 4.4 KitKat. HTC has also applied its Sense 6.0 skin, which debuted with the HTC One M8, to the One mini 2.

Key features of HTC Sense include BlinkFeed, which aggregates social-media feeds in an attractive tiled window on your home screen, and Zoe, which lets you create and share videos captured on your HTC with your friends and family.

We talk more in-depth about HTC Sense in our HTC One M8 review.

HTC One mini 2 vs HTC One M8: Battery life

The HTC One M8 has the larger-capacity battery of the two HTC phones, at 2,600mAh versus 2,100mAh – but it needs it, with a larger, higher-resolution screen and faster processor.

In our real-world tests the HTC One M8 lastest roughly 24 hours, and it has an Extreme Power Saving mode that turns off all features save for phone calls, texts, emails and the calendar and calculator apps, letting the M8 keep going for 30 hours once the battery hits 10 percent capacity remaining. We enabled it with 9 percent battery remaining and found there was still some charge left a full 24 hours later.

The information we have suggests the HTC One mini 2 doesn’t benefit from the same Extreme Power Saving mode. However, HTC claims the One mini 2 will last up to 556 hours in standby, or 16.2 hours of talk time.