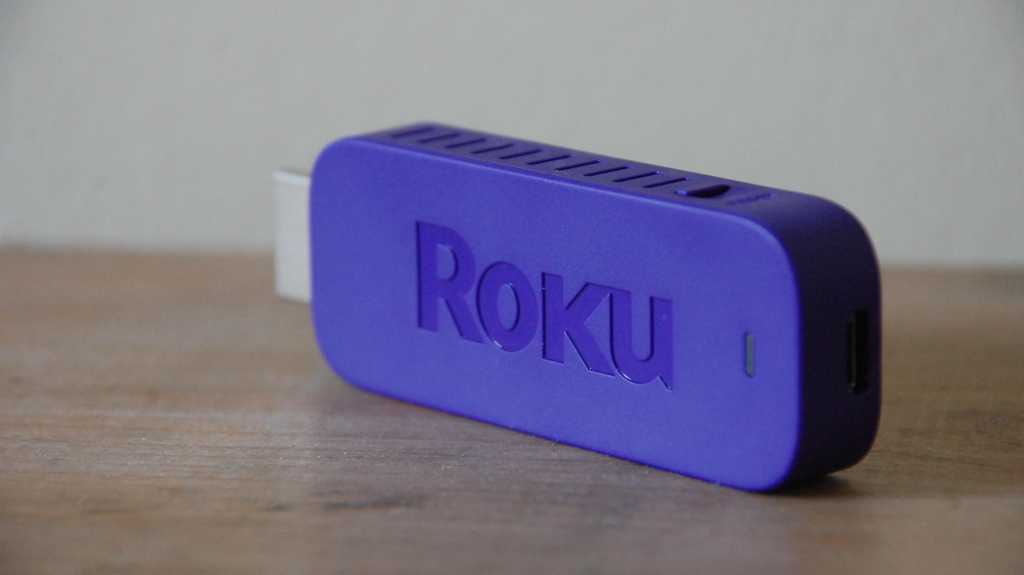 The Roku Streaming Stick is one of the best media streamers around and worth the extra money compared with the Chromecast if you want more content at your fingertips plus the physical remote control and user interface.

Google has shaken up the set-top box market with the Chromecast. Roku’s answer is the Streaming Stick so here’s our review.

Find out about the  new Roku Express and Streaming Stick+.

Like the Chromecast, the Streaming Stick is, well, a stick. Instead of a little box which you place near your TV, you plug the device straight into it – in exactly the same way you would plug a USB flash drive into your laptop. The best name to give it is an HDMI-dongle.

The device is pretty small but depending on the design of your TV, it may not fit. For example, the side facing ports on my Philips TV don’t offer much room so the device simply won’t plug in. Rear facing HDMI ports work the best, if there is space behind the panel.

If for whatever reason, the Streaming Stick doesn’t plug into your TV or monitor, you can use an extension cable to solve the problem. This is not included in the box but can be purchased online for just a few pounds.

Once the Roku Streaming Stick is connected to your screen, you’ll also need to give it some juice – it can’t be powered from the HDMI port alone. This is done with a simple microUSB port on the end of the stick. Most modern TVs will have a USB port which can be used for this but if you don’t then just plug it into the mains. A cable and mains adapter are supplied.

With everything connected, you only need to hook the Streaming Stick up to your Wi-Fi network (it has dual-band wireless built-in) and follow a short verification process which does require a Roku account if you haven’t got one.

The supplied remote control connects to the Streaming Stick automatically and, like Roku’s other players, doesn’t need line of sight to work. Compared to more expensive Roku player remotes, the Streaming Stick’s doesn’t have a headphone jack for private listening or motion sensors for games like Angry Birds.

You can also control the Roku Streaming Stick with your smartphone with the free iOS or Android app. This also allows to you stream photos, videos and music stored on the device directly to the Roku player.

We’re not too bothered about the downgrades on the remote since the streaming is the main draw here. Luckily, this is something Roku’s devices do very well. Read: Apple TV vs Chromecast comparison review: Should i buy Apple TV or Chromecast?

There are more than 500 channels, better described as apps, to install to the Roku Streaming Stick. That’s a hefty amount but like app stores, it’s all about the quality ones which you really want to use.

Most of the channels on the Roku store are pretty niche, but what is impressive is the amount of big name service which are available. You can stream content from Netflix, BBC iPlayer, 4OS, Demand 5, ITV Player, YouTube, Sky Store, Now TV, Crackle and Spotify. Of course, some of these require one off payments or subscriptions.

It’s one of the best selections on the market at the moment with only really Amazon Prime Video (formally LoveFilm) missing. It’s a lot of content at your fingertips for a very reasonable price.

A recent update means that you can cast content to the Streaming Stick directly from the Netflix and YouTube apps – much like the Chromecast way of doing things. Handy if you want browse for content on your mobile then watch it on the big screen.

The Streaming Stick doesn’t have the faster processor which the Roku 3 was blessed with but the interface and navigation work perfectly well, if not quite as nippy as its bigger brother (which costs twice the price).