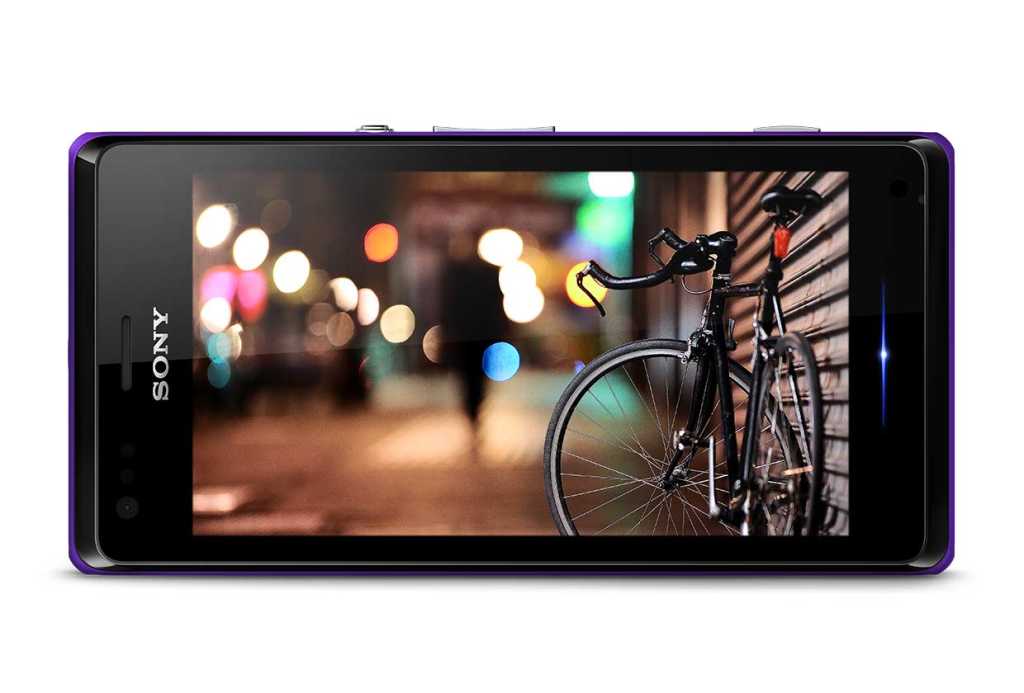 Well built and designed, and with great battery life, we can’t be too harsh on the Xperia M. Performance an connectivity is good enough, but these days for this price we want better from the display and camera. Not a bad phone, but there are better rivals on the market.

Sony Xperia M review: What it is – just another budget Android?

The Sony Xperia M is a decent but inexpensive Android smartphone. Shop around and you can pick up an Xperia M for as little as £100, although more typically it retails for around £130, new and SIM free.

It fits into an ever increasing market: that of the the budget smartphone for first-time buyers. At the top of the market most people who want an iPhone, Samsung Galaxy or Sony Xperia Z smartphone have already purchased one. They may upgrade every year, but they won’t contribute to overall smartphone market growth.

That’s why phone makers are continually pushing down the prices of decent quality smartphones, using components that get cheaper as years go buy. So it is that Motorola’s Moto G and the Windows-toting Nokia Lumia 520 can be totally respectable, full-featured smartphones that offer solid performance and cost around £100. And that’s the market in which the Sony Xperia M must compete.

It’s a tough market. Is the Xperia M worth the money? (For more, see best Android phones.)

The display is arguably the most important component of a smartphone – it’s the bit you look at and use as your interface. And it’s also the difference between cheap and budget – with a good display you can feel that you have a proper smartphone, with a poor one a toy. With early inexpensive Androids in particular a low-resoution, low-quality display makes the whole handset feel like more of a toy than a sophisticated tool. 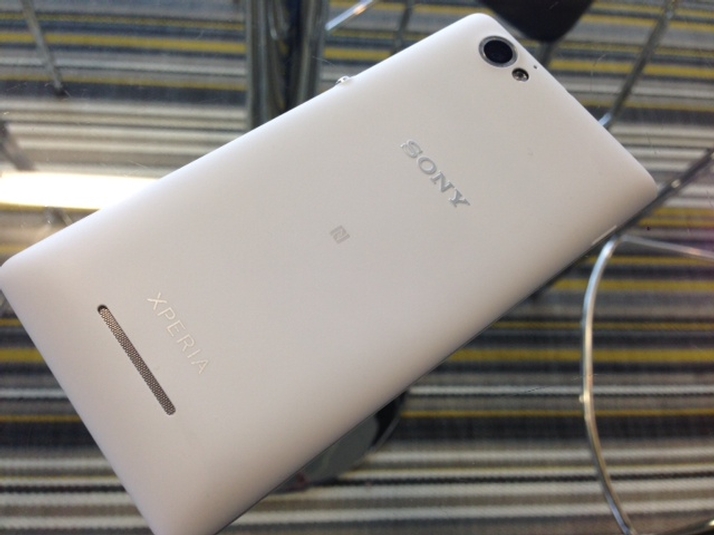 In the case of the Sony Xperia M there is bad- as well as some good news. On the one hand the 4in 480×854 TFT capacitive touchscreen is by no means a ‘bad’ display. But it’s not great. For one thing four inches just doesn’t feel like enough (stop sniggering).

These days 5in is standard for a high-end smartphone, and arguably 4.3in is the acceptable minimum for an Android handset. We just couldn’t get along with the Xperia M’s display. It may be the wide bezel into which it is set but it just feels unnaturally small – even when used next to the relatively small iPhone 5.

It’s possible that the problem is the touchscreen. Using the Xperia M it feels as though the elements you ‘touch’ through the screen are a long way away. It feels deep. It’s like trying to grab something through water, and it makes the screen real estate feel unaccountably far away. Not great.

On the plus side? Well that 480×854-pixel resolution is by no means outstanding, but it does mean that the Xperia M offers a pixel density of 245ppi. This is unable to compete with the Moto G (326ppi) but for photos and video it is perfectly acceptable. And colours are the usual Sony mix of accuracy without the eye-bleeding power of Samsung’s OLED displays. Just don’t expect to enjoy reading text on the Xperia M – when you focus in it is bluey and pixelated.

Our problem with the Xperia M’s display could also relate to the interface. This is Sony’s take on Android 4.1 Jelly Bean. Sony’s version of Jelly Bean is sufficiently recent to be decent, but it is no KitKat. And that combined with the small screen underneath what feels like a yard of toughened glass it is not a great experience. This makes typing a nightmarish trial. Shame. (See also Group test: What’s the best smartphone?)

But hey. It’s not all bad. The Xperia M is not badly tricked out in terms of performance. It pairs a dual-core Krait Qualcomm Snapdragon S4 Plus MSM8227 CPU with 1GB RAM, the chip running at 1GHz and paired with an Adreno 305 GPU. And even with the older Android it feels perfectly zippy in use. Synthetic benchmarks are not to be relied upon, but they do give a good broad strokes view of performance.

In the case of the Xperia M that means a Geekbench 3 average of 630, nothing like the Moto G’s 1,100+ scores, but in the same ballpark as the Samsung Galaxy Ace. That makes sense: the Moto G is the outstanding budget phone of this or any era, and the Xperia M is marginally better than the Galaxy Ace – an older, cheap smartphone.

Graphics performance is similar. We ran the GLBenchmark 2.7 T-Rex test onscreen and got an average score of 12fps. This puts it at the top of the bottom rank of smartphones and chimes with our experience of the Xperia M: it will handle gaming, but is no-one’s idea of a gaming smartphone.

The SunSpider Javascript benchmark completes the picture. Here the Xperia M did okay – its score of 1867ms is broadly similar to that of the Lumia 520 with 1646ms (lower is better here). Again, the outstanding budget phones beat the Xperia M, but it does okay when next to other less well regarded cheap handsets.

Overall then there is nothing to get angry about in terms of the Xperia M’s performance. Nor is there anything to get excited about, however. It’s a budget phone with budget performance. Fit for purpose in our experience, but that is about it. Check it out: What’s the best budget smartphone?

Onboard storage is a miserly 4GB, or which only 1.5GB was available for use on our virgin test unit. Not nearly enough if you like to use your phone for, well, just about anything beyond the occasional phone call. Fortunately you can add in a 32GB SD card, which is a good – if by now expected – feature.

The Xperia M is distinctly Sony. A blocky oblong box of a phone, with curved edges that somehow look square. The model we tested is mostly white, with a silver Sony logo at the top above the display, and with the camera aperture cleverly incorporated into an approximation of the Walkman motif alongside. The bezel is thick at the top and the bottom but relatively narrow along the sides. Glass is laid in to the plastic to cover most of the front panel.

Around the back is a smooth white expanse broken only by another silver Sony logo and the speaker grille. The sides have silver panelling designed to make the Xperia M look thinner than it is. An attempt that is largely successful. The righthand side hosts hardware volume, power and camera buttons. And here the small screen is a virtue, as you can operate the Xperia M one handed – even when using it as a camera.

The Xperia M measures 124x62x9.3mm and weighs in at 115g. It is certainly not a thin phone, although it fits comfortably in the hand and feels plenty light enough. It also feels like it could stand up well to the rough and tumble of modern smartphone life: one of the benefits of being constructed principally of plastic.

Overall the Xperia M feels well put together, and subjectively at least we quite like the distinctive design. It’s not premium – obviously so – but the Xperia M at least looks a little different to the me-too black Androids that proliferate.

The Xperia M sports a 5Mp camera with an LED flash. Default images are captured at 3Mp / 16:9. To take 5Mp pics you have to change the settings, and accept a 4:3 aspect ratio. HDR mode is present, although you’ll want to avoid using it indoors. There’s a decent list of software features including manual settings for white balance and ISO, as well as a range of filters. Other features include Ggeo-tagging, touch focus, image stabilization and panorama.

We’ve included some test shots below (click to view full size), but suffice to say that the Xperia M is no better than you’d expect for a cheap smartphone camera. But no worse either.

As you might expect at this price there is no full HD video capture, but video does go up to 720p. We found video capture suffered with recording movement, but it was adequate for what you’d expect. Here’s a test clip:

One of the benefits of a cheap phone is that low specs tend to mean good battery life. In the case of the Xperia M: very good battery life. This is not unusual for handsets with relatively low-res displays. But that doesn’t mean we don’t approve – we really do.

The Xperia M sports 1,750mAh cell, and in our usage we could get a couple of days out of it without really having to moderate our general smartphone use. A great performance.

In addition, the Xperia M charges really quickly. In our tests taking no more than a few minutes to suck up enough juice to keep going for hours.