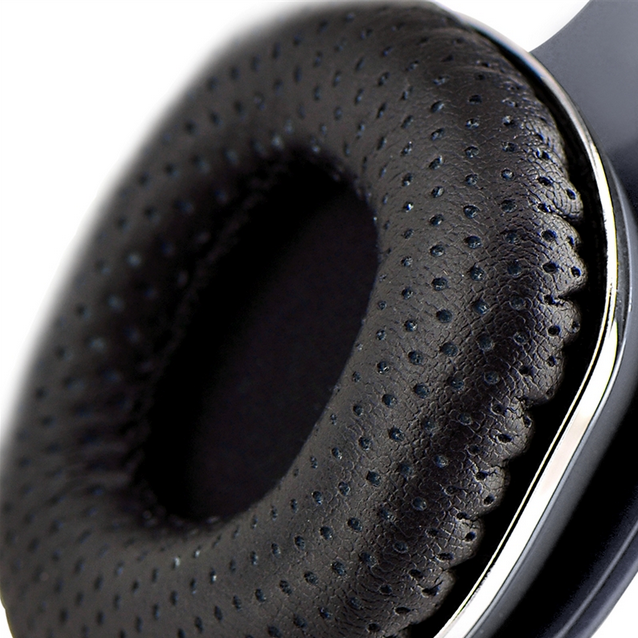 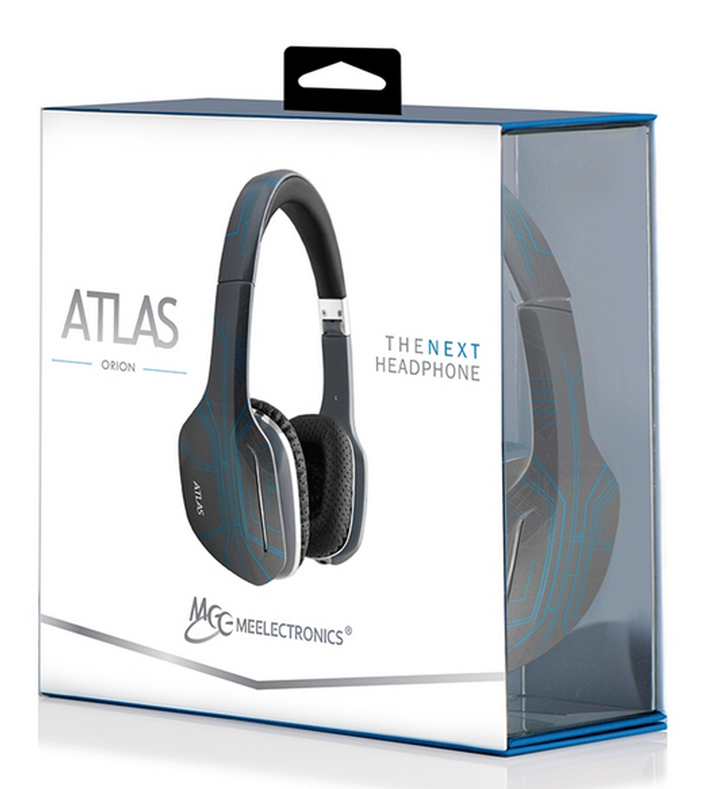 MeElectronics used to make digital audio players such as smartphones or tablets, so it ought to be able to make decent and inexpensive headphones. In the case of the Atlas Orion, it’s made a decent job of producing good-looking and comfortable earphones that product decent audio, and in doing so at a reasonable price point. Just don’t expect anything exceptional.

The cost of headphones is a tax on all digital audio users – unless you are prepared to use the generally appalling free headphones bundled with most phones and tablets. Knowing how much to pay for a set of cans is in itself a tricky proposition. A look at our best headphones list shows that you can easily shell out £250 or more on high-end headphones of varying quality. In general at that price you will get a noticably better audio experience than you will when paying the £75 or so needed to purchase the Atlas Orion headphones.

Dial down to the other end of the market and you’ll find £25 earbuds that are no better than the freebies that came with your phone. Unless your earphones are broken, these are a false economy: throwaway products are a more-than-throwaway price.

But MeElectronics Atlas Orion exist in something of a sweet spot. £75 isn’t an impulse purchase, but when coupled with the price of a smartphone or tablet it’s far from outrageous. And for £75 you will get much better audio and build than you will with your free headphones.

At or around this pricepoint you’ll find decent wireless cans such as the Creative Hitz WP380 wireless headphones, and sporty headsets such as the Denon AH-W150 Wireless Fitness. In the wired world you’ll get standout design from the Griffin WoodTones Over-the-Ear headphones and mid-class in-ear earbuds such as the Plantronics BackBeat Go 2.

To work as a standard wireless headphones set in this crowd, then, the Atlas Orion needs to look and sound good, and be built to last. (See also: Best headphones for kids.) 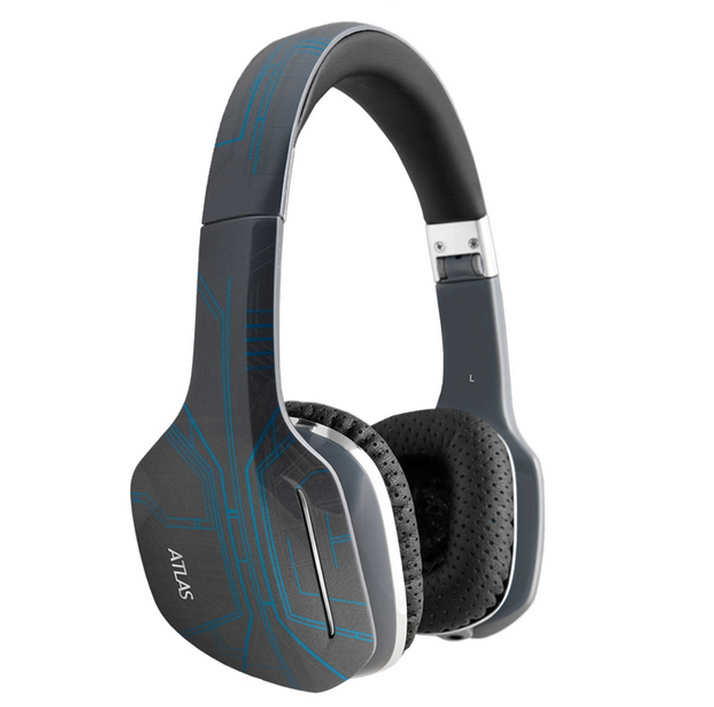 We have no problems with the Atlas Orion headphones in terms of looks. They are not built for discretion, but they offer a classy understated style, busting out a bold grey, blue and silver look designed to draw the eye. The over-ear cans and the headband are decorated with blue detailing, that looks a little like the blueprints of some futuristic space station.

(MeElectronics describes this as ‘flawless, high-definition finish’ that ‘will make the Atlas a timeless classic’. We think this is over-egging the pudding somewhat, but it’s unlikely that you’d look at the Atlas and think these headphones were cheap. They are understated but good-looking: a difficult trick to pull off.)

Ultrasoft padding adorns the underside of the folding, adjustable headband. It is sufficiently big for even our large head, but the adjustable strap means it should just about fit anyone. Breathable vented pads sit inside the sizeable ear pads, which are mounted on a pivot so that they rest against your ear in comfort.

In terms of comfort we can have no complaints at all, except for one minor but irritating issue. If you like to work out listening to music these are not the headphones for you: we found that the soft leathery earpads were comfortable to wear, but became saturated with sweat. Several days later we can tell you that they don’t dry easy. Popping on wet headphones on a cold day is never fun.

It’s unlikely you’d want such big on-ear phones for the gym anyway. Aside from any other considerations that kind of headset makes you hot. But the way the Atlas retains ear sweat is less than pleasant.

You get a 130cm 3.5mm audio cable, with a gold-plated 3.5mm jack at both ends – you can disconnect at both ends, which is a good damage-prevention measure (although the music you are listening won’t stop when you pull out the cable from the headphone side). The cable itself is flat rather than round, which always feels more robust. This particular cable is thin and plasticky feeling, however. We had no problems in our testing, but would want to take good care of it for fear of breakage. Of course, one good aspect of having a detachable cable is that even if that breaks you can purchase another without having to throw away your headphones.

On the detachable cable is a mic, remote and universal volume control. These work well with our iPhone.

Finally, let’s look at what you get with the MeElectronics Atlas Orion. The answer is not so much: in the admittedly stylish gift box we find only the headset itself and that 130cm cable. There’s also a nasty canvas carry pouch, but then you never use those, do you? 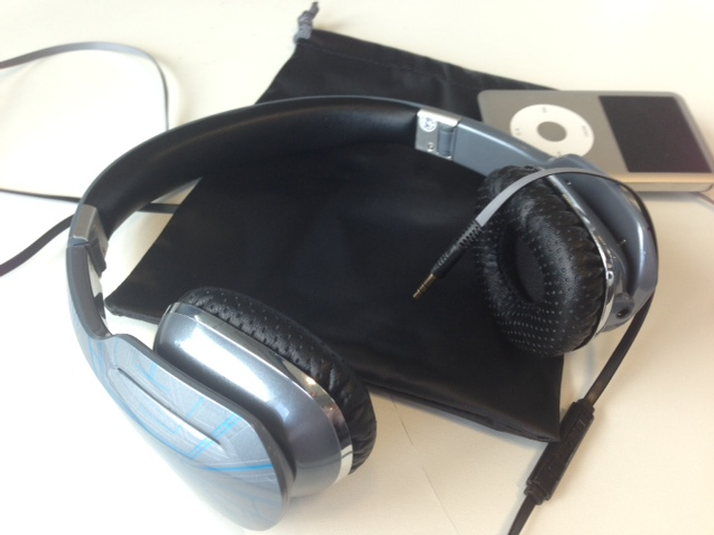 Let’s do the numbers. You get a 40mm dynamic driver and a frequency response of 20 Hz to 20 Hz. MeElectronics rates the Atlas Orion’s sensitivity at 113 dB @ 1KH and impedance at 32 Ohms. But what does this mean in practise? 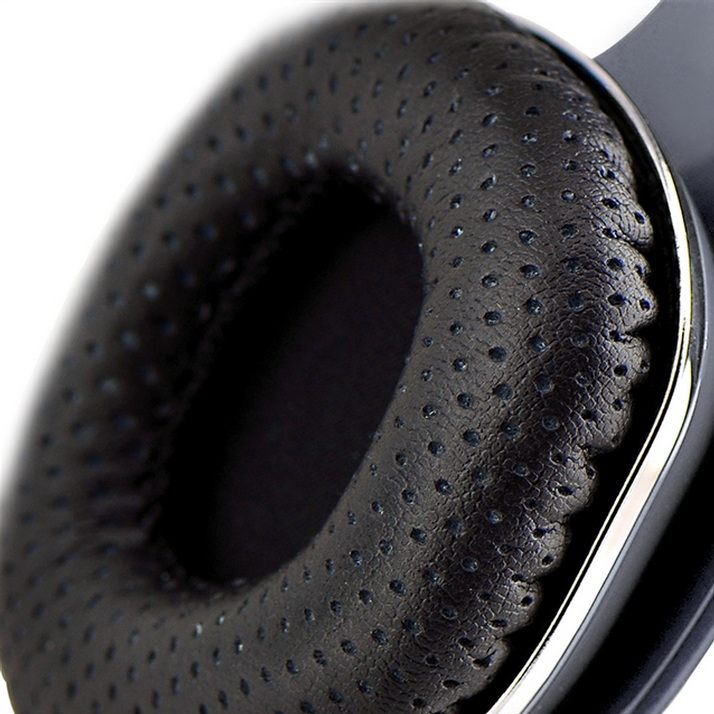 The good news is that we found the audio quality better than expected, on a variety of tracks ranging from the acoustic rock stylings of Turin Brakes and The Frames, through the most classic rock stylings of Dire Straits to bass heavy rap from Roots Manuva and classic bassy dance tracks from The Chemical Brothers.

There was none of the flabby bass so prevelant in mass-market headphones since the all-conquering Beats by Dre came along. Bass is surprisingly punchy, and present. But it doesn’t muddy the mid-range. In fact, if anything the middle is a little too present, occasionally pushing back sung vocals. It’s not a problem though, as clarity is preserved.

This continues into the treble range, where detail is almost obsessively preserved. We like a clear, detailed and forward treble. It’s a subtle distinction but it does make the Atlas Orion different to (and better than) the average low-end headphone set. You’ll hear everything, in all types of music. And that’s good.

It’s not all good news, however. For one thing we weren’t over impressed with the volume, and we felt the noise-isolation was lacking. When listening to music at the gym or on the move we found background noise interfering at all but the loudest of volume settings.

And with our iPhone, iPad and iPod we felt the sound was lacking in loudness wherever we were. Things were better when using the MeElectronics Atlas Orion with our  Nexus 5 and the Lumia 1320. But still we felt things were, well, a little quiet. (And we’re 36, don’t you know.)

Similarly when we did pump up the volume some noise leaked out to annoy our neighbours. But when things were quiet we heard noises from around and about the place. Neither issue is terrible, just mildly disappointing when everything else is better than expected.