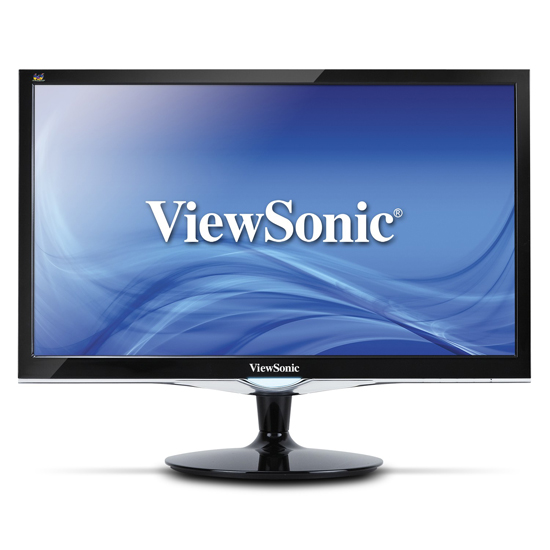 The VX2542mh performs well for a TN monitor and offers flexible input options, including HDMI, along with built-in speakers. However, at £145 it’s hard to justify the price in the face of excellent less expensive options.

The ViewSonic has a number of useful features not found on less expensive displays. A trio of inputs is supplied including VGA, DVI-D and HDMI which is important if you want to connect external devices such as games consoles which provide audio. You’ll then hear these through the monitor’s built-in stereo speakers or the supplied headphone jack. See what’s the best display?

Although the VX2452mh suffers from the restricted viewing angles inherent in all TN displays, it actually performed very well in our tests, delivering the best overall contrast by a considerable margin as well as accurate colour.

It’s bright and punchy and promises a fast 2 ms response time, which would suit fast-paced gaming for those who won’t compromise on speed in order to gain the many benefits of an IPS-based display.

The biggest drawback to the VX2452mh is the price. It’s more expensive than rivals such as the BenQ’s GL2450 you’re really going to have to want in-monitor audio and HDMI to justify the price difference. It’s more expensive than two very fine 23in IPS panels in this group, and the extra 0.6in you get from the ViewSonic display won’t offset the improved picture quality of IPS. Unless you really value response time over viewing angles, this may not be the obvious choice.