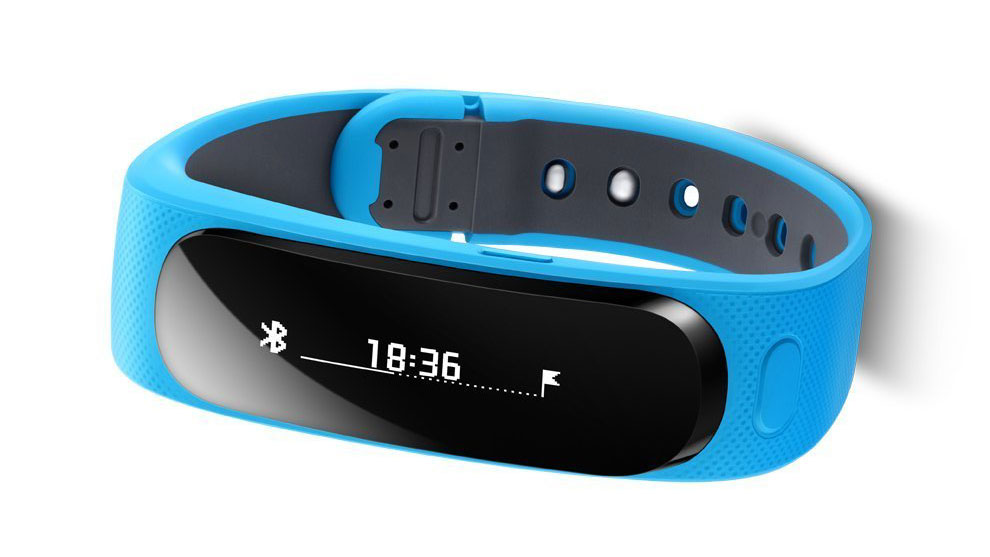 The TalkBand B1 will appeal to anyone who uses a Bluetooth headset on a regular basis. It offers somewhere to store the headset while you’re not using it, and helps you monitor your sleep and activity as a bonus. The poor step-counting accuracy is very disappointing though, as is battery life. In fact, this is one of the least polished activity trackers we’ve tried. The B1 has potential if future firmware and app updates can add features and improve battery life, but as it stands this isn’t a great Bluetooth headset or a fitness monitor. 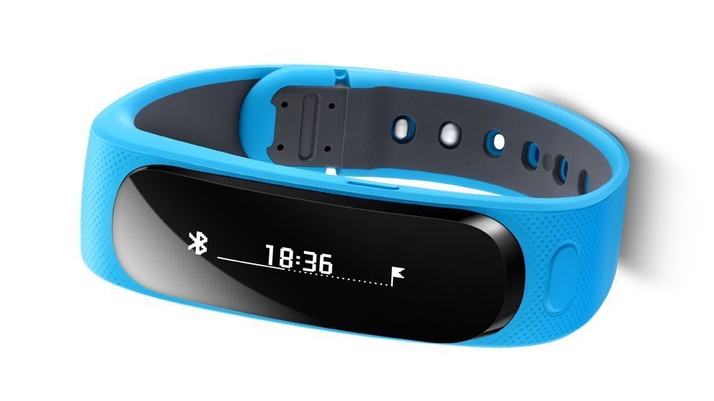 Wearable tech is hot stuff at the moment, and lots of new manufacturers are testing the water. Huawei’s first effort is a strange device which tracks steps and sleep, but also works as a Bluetooth earpiece for phone calls. Our TalkBand B1 review will explain all….

The TalkBand costs £100, which is fairly expensive for an activity tracker, but as it’s also a Bluetooth hands-free headset it could represent decent value for some people.

There’s a choice of five colours and two sizes: small and large. We were sent the large model which was too big, being for wrists with a circumference of 16-20cm. Small is from 13.5cm to 17cm.

The B1 is already on sale, and you’ll find it on Amazon and various other retailers’ sites. See our chart of the best activity trackers

The B1 is quite bulky because the earpiece / display / battery has to clip into the wristband. The band is about 15mm tall which is a problem if you have tight cuffs. It isn’t heavy at under 30g though.

A clever feature is that the end of the strap has a flip-up cover which hides a USB port, so there are no proprietary USB chargers to lose. 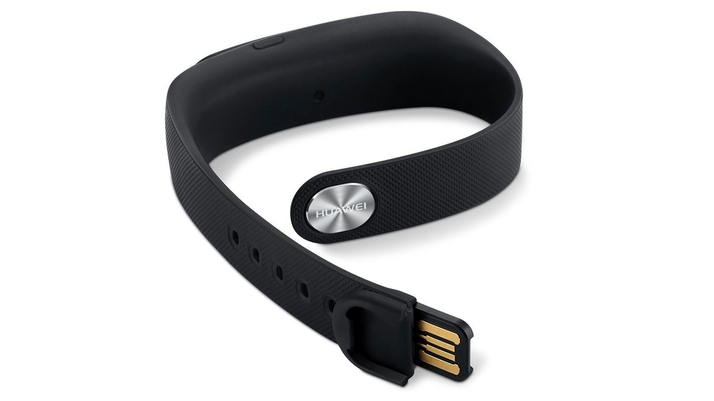 The band has a two-prong clip which never came undone in our testing, but the too-long tail of the strap tended to flip out sideways as there’s no loop to hold it together.

Having an OLED display means it’s easy to read inside and outdoors, but the font and animated graphics are quite ugly. There’s just one button on the device which scrolls through time/charge level, steps, calories and sleep duration. A second button on the wristband is for releasing the earpiece.

Like the Nike Fuelband SE, you have to press the button to display the time, and there’s no ‘raise to see’ gesture which automatically shows the time.

We tested on an iPhone, but if you’re using Android you can pair the TalkBand using NFC.

As it’s waterproof you don’t need to worry about water damage, but since water gets into the wristband underneath the earpiece, you’ll want to dry it / clean it after a shower. It’s rated for 30 minutes’ immersion to 1m, so it’s not suitable for swimming, nor will it track lengths.

It won’t automatically track activities and there’s no stopwatch function to log them, either. Nor are there sensors to measure height climbed or heart rate.

Sleep is detected automatically (by lack of movement) which means you don’t have to remember to press a button to tell the B1 you’re going to sleep. Conversely, it also means that there are also odd periods which are marked as sleep when you were merely being lazy.

The band can give you vibrating alerts like a Jawbone Up24 to remind you to move and get active, and the same vibrations are used as an alarm (there’s a smart alarm like Jawbone’s) and also when there’s an incoming call.

This brings us neatly to the ‘talk’ part. The fact that Bluetooth headsets are used only by taxi drivers and actors in films doesn’t appear to have deterred Huawei from making this dual-purpose gadget. 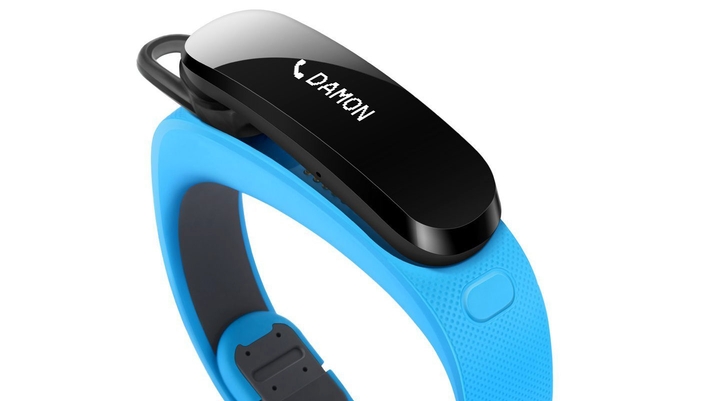 The headset is a little heavy and never felt particularly secure no matter which of the three silicone attachments we tried. Call quality, though, was very good and we didn’t have any complaint from people we called about the volume or clarity of calls.

When there’s an incoming call, the number (but not name on the iPhone, even if the caller is in your contacts) is displayed on screen and the motor vibrates. You then have to quickly release the headset from your wrist and try to secure it in your ear.

When you wander too far from your phone, the band buzzes and the display tells you the Bluetooth connection has been lost. This has an unintentional benefit too: you’ll quickly know if someone has walked off with your smartphone.

Activity trackers aren’t simply about hardware: software is just as important. Huawei’s effort isn’t nearly as polished as Jawbone or Fitbit’s, and feels very basic. You can set your step (but not sleep) goal, and see a breakdown of how much light and deep sleep you got, and graphs of when you moved around during the day.

But you can’t see what time you fell asleep or woke up, and there’s a general lack of in-depth data throughout the app. 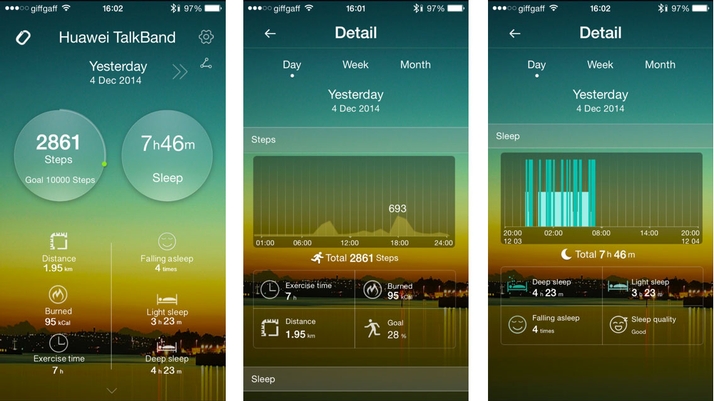 There’s also a lack of features. You can’t compete with friends, and there’s no way to track weight or food and drink intake.

Another issue is the poor English used in the app, which makes it feel as if the software side has been rushed out before proper localisation could be finished. An update arrived while we were testing, and the app gave a broken English description of the new features “Add the transaction clock (with the support of the need app version)” and then told us it was “Confinging TalkBand”. 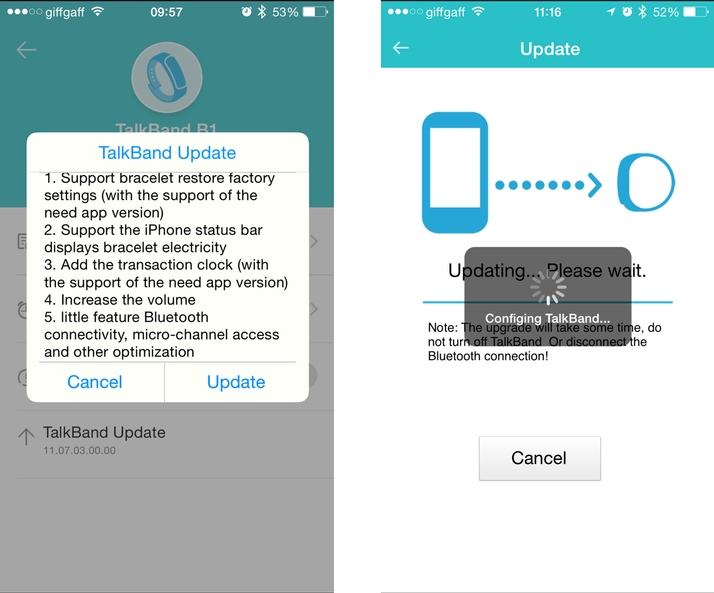 While sleep tracking was quite accurate, the B1 was terrible at tracking steps. Over multiple days we tested it alongside our reference Fitbit One and the B1 repeatedly under-read by thousands of steps. On an average day the One counted over 8,000 steps while the B1 said we’d taken less than 3,000, yet we’d done seven hours of exercise.

Another problem we encountered was poor battery life. We had to recharge the TalkBand roughly every two days even though we’d not used the Bluetooth headset for more than a few minutes. Not only is this far short of Huawei’s six-day claim but there were no ‘low battery’ warnings, so we’d wake up in the morning to find it had run out at some point in the night.

The TalkBand B1 will appeal to anyone who uses a Bluetooth headset on a regular basis. It offers somewhere to store the headset while you’re not using it, and helps you monitor your sleep and activity as a bonus.

The poor step-counting accuracy is very disappointing though, as is battery life. In fact, this is one of the least polished activity trackers we’ve tried. The B1 has potential if future firmware and app updates can add features and improve battery life, but as it stands this isn’t a great Bluetooth headset or a fitness monitor.

The Sony SmartBand Talk is a rival to the TalkBand, and uses a built-in mic and speaker for phonecalls instead of Bluetooth.