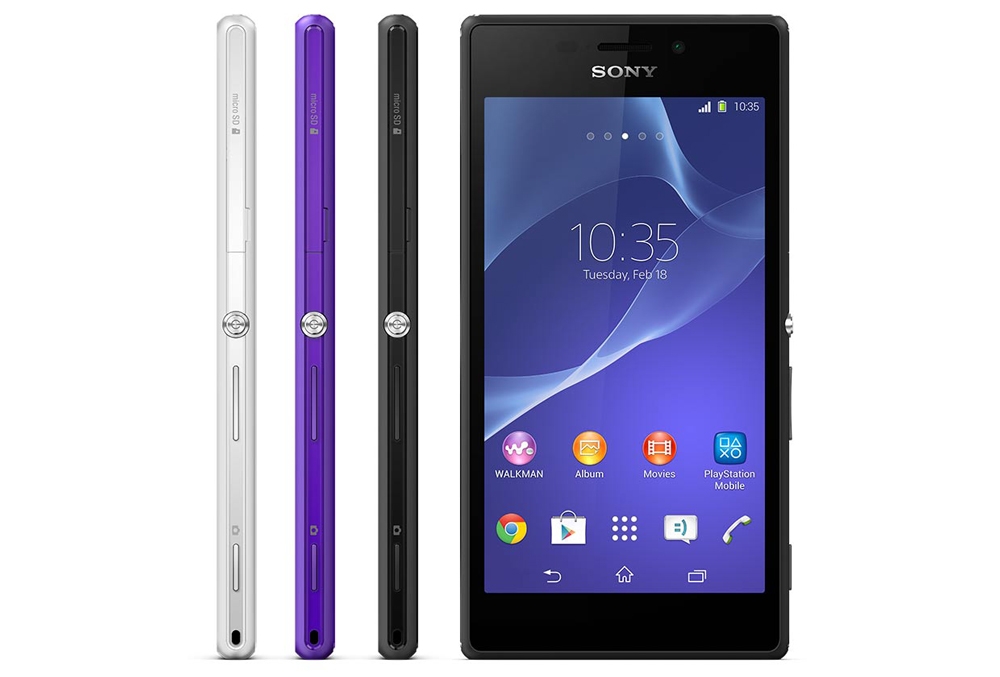 The Sony Xperia M2 certainly looks like a premium smartphone, but carries a surprisingly mid-range price tag. With a more impressive camera and more storage, we’d be really impressed with the Xperia M2 for that price, but we think you can get more for your money elsewhere. It’s worth investigating the cheaper Moto G, or if you’ve got a little extra budget the Google Nexus 5 is worth a look, as it has a lot going for it and is still under £300.

The Sony Xperia M2 is Sony’s newest  smartphone with a 4.8in display. It’s smaller and much cheaper than its  high-end 5.2in sibling the Xperia Z2, which costs £560 compared with the M2’s £230, but that also means you get significantly less impressive specs from this  mid-range phone. Read on to find out what we thought about the Sony Xperia M2 and decide whether you should buy it with help from our review. See also Samsung Galaxy S5 hands-on review.

The Sony Xperia M2 will cost you £229.99 inc VAT from Sony’s online shop. The M2 certainly looks worth the money, but when you compare its specs and performance with the £135 Motorola Moto G, you’ll find that it’s not dissimilar, despite the much lower price tag. Take a look at the best smartphones of 2014 too.

Our review sample was supplied by Clove which is selling the Xperia M2 for £210.

Before we get down to the finer details, let’s take a look at the Sony Xperia M2 from the outside. It’s a simple, square device with a glass front and back joined by mirrored, metallic edge. Not only does the Sony Xperia M2 look premium, but it feels it too, with the combination of glass and metal that’s often found in flagship devices. Overall, it’s reasonably sleek but the bezels around the screen are pretty huge, though no bigger than an iPhone’s.

This makes the overall size and thickness of the Sony Xperia M2 140mm by 71mm by 8.6mm, with a weight of 148 grams. We actually found that the Xperia M2 feels great in the hand, and is comfortable to use during phone calls. We found the screen size to be ideal – not too small but not too big like some flagship smartphones that are slipping into the ‘Phablet’ category.

The M2 is available in black and purple, but we tried the white model. We think the black model is the most attractive, though. It looks like a high-end device despite the mid-range price.

Around the edge of the device, you’ll find Sony’s circular, protruding power button on the middle of the right side of the smartphone, below the sealed flap that covers the SIM card and microSD card slot and above the volume rocker and the camera shutter button. On the bottom of the device is the M2’s speaker, on the top is the headphone jack, and on the left hand side near the top of the device is the microUSB port for charging and connecting the M2 to a computer.

Despite the seals over some of the ports, the M2 isn’t waterproof like a lot of Sony’s devices, so it’s lacking a bit when it comes to durability.

On the front of the M2 there are no physical buttons, and on the rear all you’ll find is the camera and LED flash.

We were concerned about the pixel density at first, as it’s far lower than the 326ppi of the iPhone 5S, and even the budget Motorola Moto G, but we actually found that the screen was bright, colourful and sharp, even when reading small text on web pages.

The viewing angles on the M2 are good too, though we did find that the screen is quite reflective and shows up fingerprints and smudges rather clearly.

When it comes to actually using the Sony Xperia M2, we found that it coped well with the majority of tasks we threw at it. It sports a Qualcomm Snapdragon 400 quad-core processor clocked at 1.2GHz, so is directly comparable with the likes of the Motorola Moto G. That processor is coupled with 1GB of RAM. Launching apps was a speedy affair and the device was responsive with little or no lag, though it did struggle with the Camera app at times.

The Sony Xperia M2 scored 316 in the single-core GeekBench 3 test and 1076 in the dual-core test, which is slightly lower than the scores from the Moto G, despite the higher price tag. The Moto G starts at just £135 compared with the Xperia M2’s £229, so that’s a £100 saving.

The Sony Xperia M2 faired better than the Moto G in our graphics tests, with speeds of 15.4 fps, though, but not so well in the browser-based SunSpider test, where the Moto G proved to be a bit quicker at 1512ms compared with the 1647ms average from the M2.

You’ll only get 8GB of internal storage in the Sony Xperia M2, of which 5GB is available to the user. There is a microSD card slot but that’ll only let you add an extra 32GB to the device. This gives the Xperia M2 a one-up on the Moto G, though, which lacks a microSD slot altogether, though there is a new Moto G with a microSD slot coming soon.

Sony has partnered with Box to offer 50GB of free storage for those who activate their account before 2015 begins, so for that extra file storage in the cloud, this is a real boon.

The Sony Xperia M2 features NFC and 4G LTE, which are other features that the Moto G is missing. There’s also the usual WiFi, Bluetooth 4.0, GPS and a microUSB port.

Unlike most Sony phones, the Xperia M2 doesn’t have metal contacts for a docking or charging station – the only charging option is via microUSB.

Where the Sony Xperia M2 really falls down is the camera.

There are lots of features in the camera app, including scene selection, HDR, panorama and some fun apps like Timeshift Burst and Picture Effects, but unfortunately the quality of the photographs was less than satisfactory. The M2 seems to oversharpen photographs leaving noise, grain and a lack of detail. It takes so long for each photo to render once it’s taken, too, that we found ourselves waiting for a minute or two to see whether our photo came out in focus, which is not ideal.

The camera is 8Mp and is capable of capturing 1080p videos. It has an LED flash, though we’d suggest using this sparsely as it’s quite harsh (as many flashes are).

Here’s a photo we took of St Pancras with the Sony Xperia M2 (Click to enlarge. We have cropped the photo to 1200 pixels wide).

Here it is again as a 100% crop. You’ll notice that it’s quite grainy and is definitely not sharp, despite the phone’s best efforts.

Here’s another shot we took while out and about with the Xperia M2.

The Xperia M2 also has a front-facing camera for selfies and video calls, though it’s a fixed focus 0.3Mp VGA camera so don’t expect great results. It’s capable of capturing 480p video, too.

One positive thing we can say about the camera features on the Sony Xperia M2 is that there is a dedicated camera button, which makes launching the Camera app easier and also acts as a shutter button.

In terms of software, the Xperia M2 runs Android 4.3 Jelly Bean. Sony says that there is a planned upgrade to version 4.4.2 KitKat in the future, though.

Sony’s Android interface is clean and simple, particularly compared with the interface found on Samsung and HTC devices, but it doesn’t really have any interesting extra features, aside from the Stamina Mode.

As it’s Sony, though, you will get access to the Walkman, Sony Select and PlayStation Mobile apps with the Xperia M2, as well as those aforementioned camera add-ons.

The battery life of the Sony Xperia M2 is impressive, and definitely one of its selling points. We found that it could last for two days of normal use between charging. We watched videos, played games, browsed the web and made phone calls regularly while using it, and never had to charge our M2 more than once in a day and a half.

The battery can last even longer if you turn on Stamina Mode, which will mean all unnecessary tasks will not take place while the screen is off, helping preserve power. WiFi, data and background activities are among the tasks that’ll only resume when you turn the screen back on in Stamina Mode, though you’ll still be able to receive phone calls and messages.

The battery is non-removable, though, so you won’t be able to carry a spare battery with you to swap in if you’re running low on juice.

Aside from the price (the Z2 is £569.99), there are many differences between the Xperia M2 and Sony’s flagship Xperia Z2. The Z2 has a bigger and better display, complete with a 2.3GHz Quad-Core processor, water- and dust-proof design, a better battery life and a whopping 20.7 megapixel camera that can capture 4K video. Find out more in our Sony Xperia Z2 review.