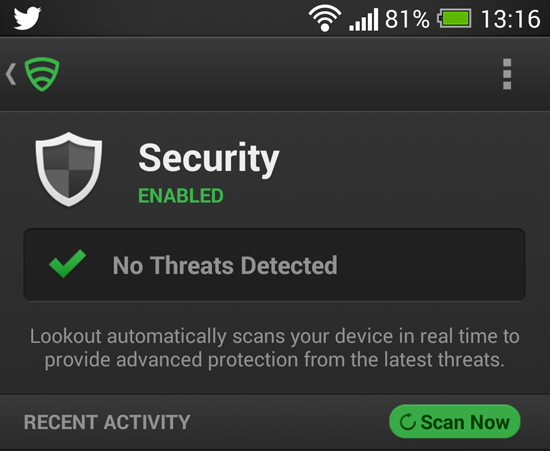 A superbly designed, unobtrusive Android security suite that steps in when it needs to, but otherwise keeps out of the way. It doesn’t offer as many features as rival suites, but what it does, it does with aplomb

Lookout achieves that fine balance of being a security suite that offers comprehensive protection without getting in your way. See all Android smartphone and tablet reviews.

Lookout detected a near flawless 99.4% of the 1460 malicious Android apps thrown at it during AV-TEST’s Labs test in September 2013, but it doesn’t only guard against the rogues lurking in the Google Play Store.

Premium users (£1.99 per month after the initial 14-day free trial) are treated to Safe Browsing mode, which runs a real-time scan on all the sites you’re visiting – not only in the default Android browser but in Google Chrome for Android, too. A discrete pop-up lets you know that all your web surfing is being monitored.

We were pleased to see that our attempt to download the test Eicar virus was blocked the moment we clicked on the website link, an improvement on rivals such as Norton or Trend Micro, which either failed to detect it or only quarantined the miscreant after a full system scan.

However, Lookout isn’t a failsafe for staying safe online – it didn’t step in when we clicked on links in several phishing emails in our Gmail account.

We were impressed by Lookout’s anti-theft features. These are activated via the www.lookout.com website, which like the app itself, is the model of neatness and clarity. Device tracking was accurate to within 20 metres, whether or not the handset’s Wi-Fi radio was switched on, with the phone’s location shown clearly on a map.

There’s no chance of losing the phone down the back of the sofa thanks to the Scream feature, which sounds a police-car siren loud enough to wake the dead.

The novel Signal Flare feature automatically sends you an email with the location of your phone once its battery level dips below 15%. Whether or not that’s much use in hunting down a thief is questionable, but it’s definitely handy in those scenarios where you’ve dropped your phone and it’s sat in the lost property box of a bar or a train station somewhere. 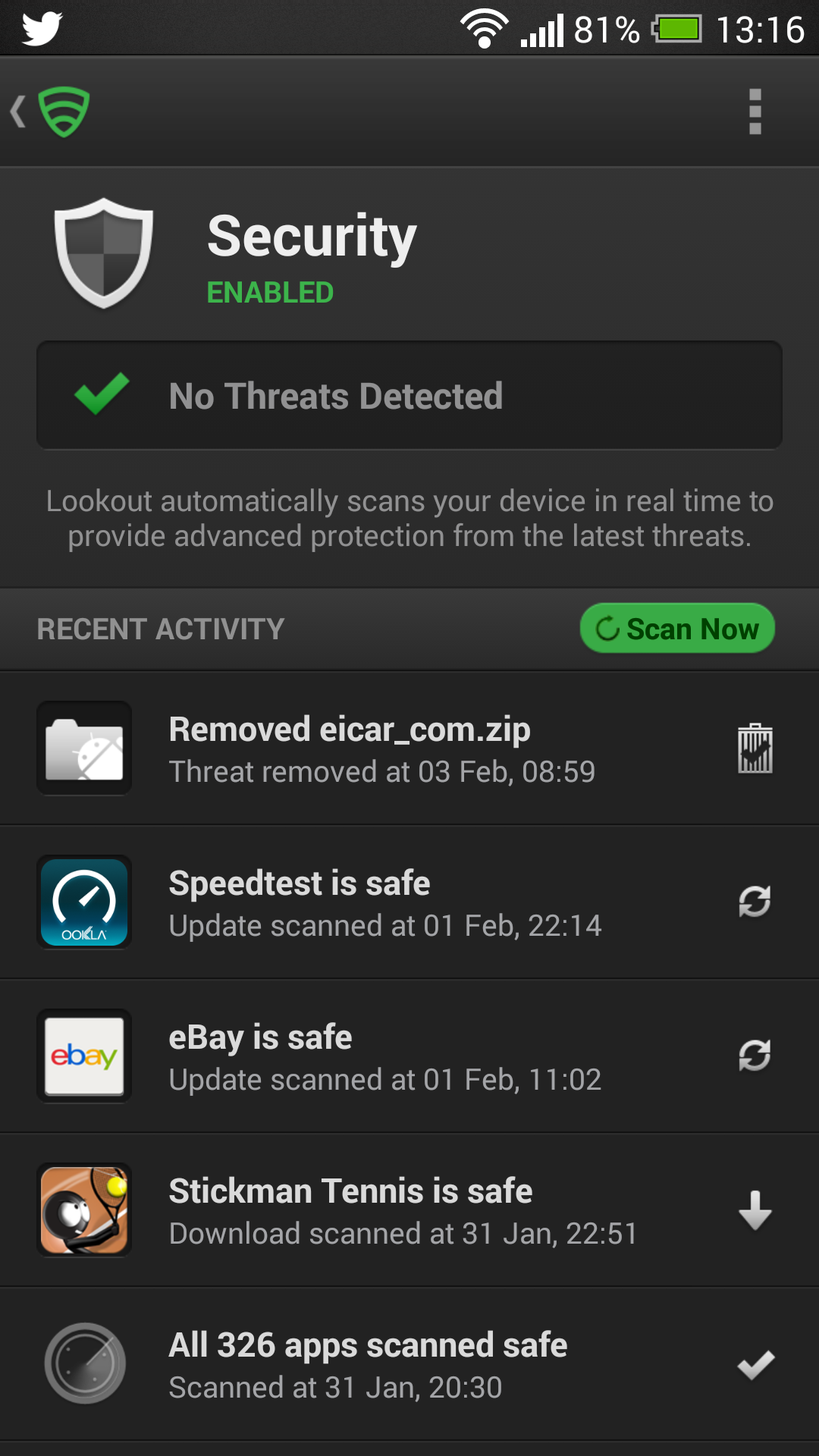 If someone enters your phone’s passcode or PIN incorrectly five times, Lock Cam discretely snaps a photo of the user, which is sent to your email address along with a map of their location. That email arrived within seconds in our test, which could enable you to act quickly if a thief has got hold of your phone.

In such a scenario, you might decide to Lock or Wipe your handset (Premium version only), and Lookout generously allows you to switch on these features via the website, even after your phone’s been stolen.

Remotely locking the handset worked flawlessly in our tests, with Lookout providing the option to enter a contact telephone number, email address and bespoke message on the Lock screen, in case you want to offer a reward to someone who finds your stolen handset. Remote wipe performs a full factory reset, which is preferable to merely clearing out personal data.

However, Lookout doesn’t offer as many anti-theft features as the similarly priced Avast, and neither are there any call/message blocking or parental control features, which are common in such apps.