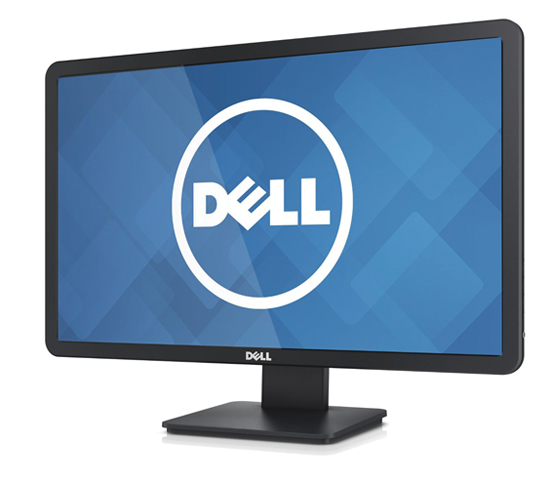 The Dell 20 Touch Monitor E2014T is functional rather than beautiful and its raised outer frame is an obstacle both aesthetically and ergonomically. It’s very solidly built with a wealth of input connections and the touch control works well, requiring no tricky setup. It offers lower quality than the 23in and 27in models, but is considerably less expensive. The E2014T is a good choice if budget and the convenience of touch input are your overriding concerns.

Dell’s 20 Touch Monitor E2014T is the smallest of a range of touch-enabled displays aimed at Windows 8 users. It’s a relatively compact display with a budget price, aimed at educational and home use or information displays in public or retail environments.

Its glossy 19.5in screen supports up to five simultaneous touch points detected by six infra-red cameras which will continue to work even if you’re wearing thin gloves. Featuring a 1600×900 pixel resolution, it falls short of the Full HD specification of 1920×1080 pixels, but is more than adequate for running a Windows desktop.

If you’re buying this display specifically because you want a small monitor, then you’ll find it’s not quite as compact as you might think. The actual viewable portion of the screen takes up a relatively small proportion of the overall size: there’s nearly an inch-and-a-half further to go before you reach the edge of the monitor.

Just over half of this thickness is taken up by a flat blank space between the viewable portion and the raised outer frame. This extra space allows you to swipe a finger inwards from beyond the edge of the screen, such as when you want to bring up the charms bar or close an app by sliding it down from the top of the display. This design feature is required in order for the monitor to achieve its Windows 8 Touch certification as it doesn’t have a flush edge-to-edge glass front panel.

At 4.9k, the E2014T also rather heavier than you might imagine- which no bad thing, as it needs to be weighty enough to withstand constant prodding and swiping without wobbling or falling over – something it most definitely will not do, no matter how angry you get playing Angry Birds.

A simple tilting stand is fitted which allows a 30-degree backward tilt for more comfortable touch input, but this can be easily replaced with a VESA 100 compatible stand or Dell’s own articulated monitor arm.

For a low-cost monitor, the E2014T is surprisingly well-connected, featuring VGA, DisplayPort and a pair of HDMI inputs one of which also supports MHL for easy connection to a mobile phone with simultaneous charging. If you need a DVI connection, you’ll have to purchase an inexpensive adapter to hook up to one of the digital inputs.

Touch support is enabled via a USB 2.0 upstream connection which is complemented by a 2-port hub to which you can connect your own devices.

No speakers are included, but there’s an optional Soundbar available which clips onto the bottom of the screen to provide stereo sound. Otherwise you can use the standard audio output jack to drive your own speakers.

The display is backed by a three-year warranty and Dell’s Advanced Exchange Service means a replacement unit will be shipped out to you before you return your own, should it be found to be faulty.

This is a TN display, so our expectations on image quality weren’t high. Sure enough, our tests revealed a colour gamut of 97per cent of the sRGB standard and colour accuracy which can’t match up to better performing technologies such as IPS or the PLS panels found in some of Dell’s pricier displays.

However, checkerboard contrast is good at 820:1 and brightness and colour uniformity is also better than average.

This isn’t a monitor to show of photos or video to their best effect – you’ll find it’s noticeably inferior to a decent tablet – but it acquits itself well for a TN display.

As is typical for TN displays viewing angles are a little restricted at 160/170 degrees. Displaying a solid purple background resulted in noticeable shifts in hue due to viewing-angle. However, the small size of this display means viewing angles to the edges of the screen don’t need to be as wide as on a larger screen and, unlike a tablet, you won’t be picking this display up and viewing it from all sides.

It’s important to note that the two larger displays in the Touch range are very different to the E2014T. The 23in P2314T and 27in P2714T are much more stylish displays, featuring edge-to-edge glass; a more adjustable, more attractive metal stand and superior PLS panel technology. They are also much more expensive, the 23in model coming in at over twice the price of the E2014T.