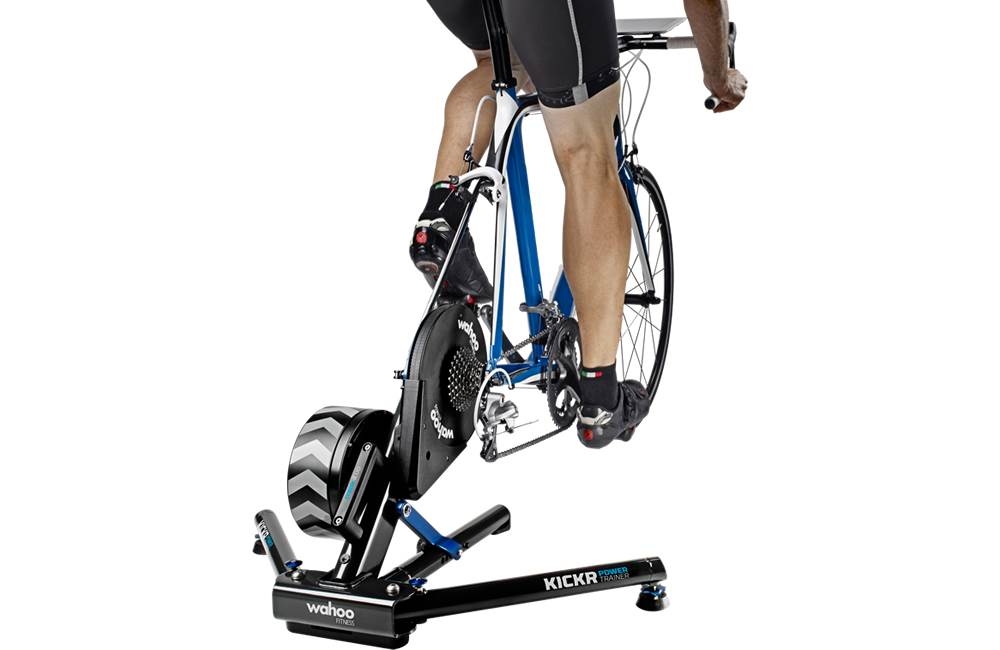 It’s undoubtedly expensive and is really only for those with a compatible iPhone or iPad, but the Kickr is a fantastic trainer and certainly the best we’ve ridden. 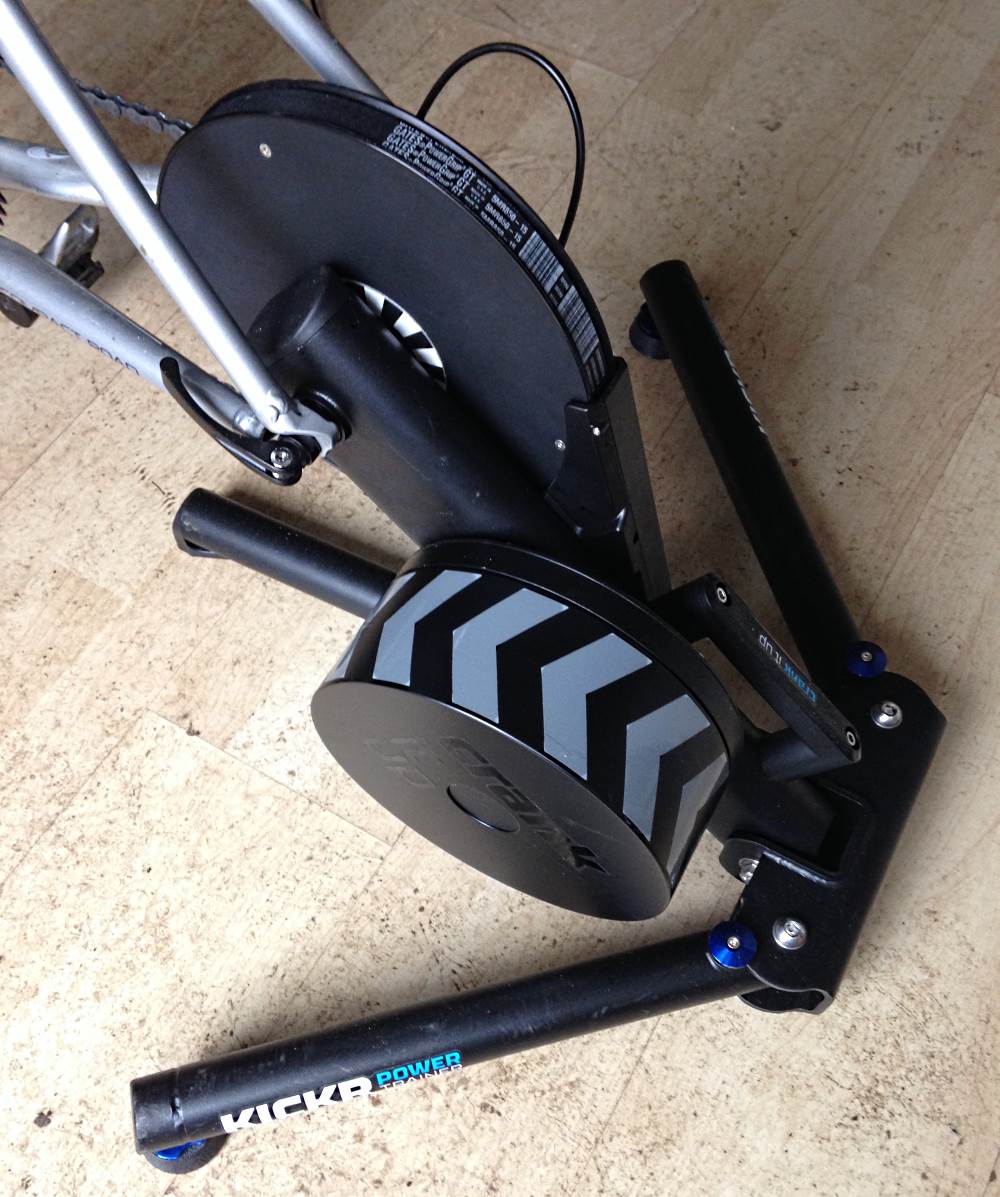 Unless you’re a hard-core cyclist that trains or commutes right through the winter, you’ll lose fitness until the weather improves again. Bike trainers help you maintain your fitness levels, and cost from around £60 to thousands.

The difference with more expensive trainers such as the Wahoo Kickr is that they offer a much more realistic riding experience thanks to features such as electronically controlled resistance. Along with a computer of some description (but preferably an iPhone or iPad) you can ride ‘real’ courses, and the resistance changes depending on the gradient of the road at that point in the course.

The Kickr also includes a power meter, which makes it easier to track your training progress than by using a heart rate monitor alone. This is because it gives you a power figure in watts – an objective measure of power output.

Unlike many trainers, the Kickr doesn’t require a rear wheel. Instead, you remove it and attach your bike directly to the Kickr. It comes with a standard 10-speed Shimano cassette which means the vast majority of road bikes will be compatible, but you can – of course – replace this with another one of your choice. 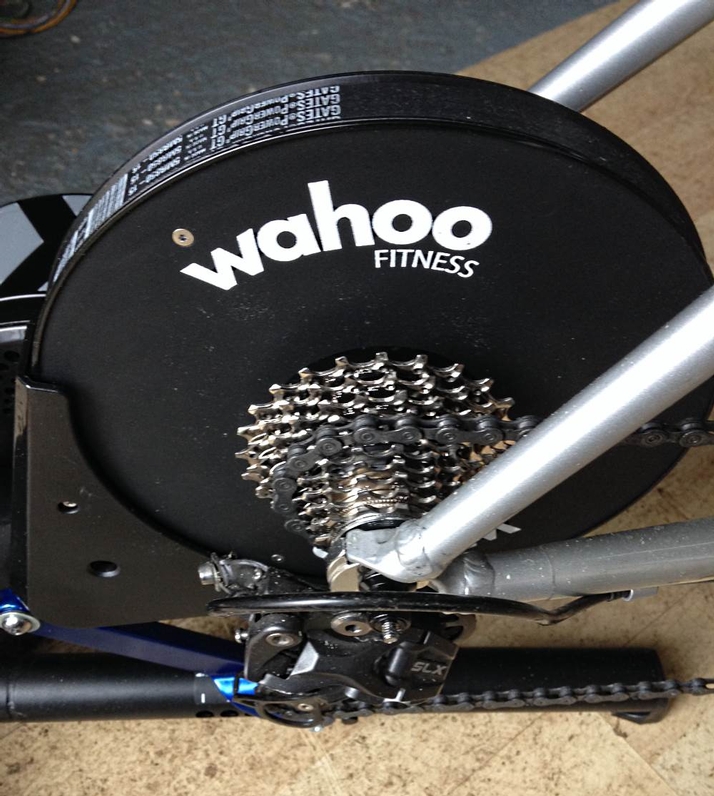 The Kickr will accept bikes with wheels from 24in up to the latest 29in standard.  The adjustable frame means there’s no need for a riser block under your front wheel. There’s a big advantage to the wheel-off design primarily that you won’t burn through tyres like they’re going out of fashion. But it also means the power reading is more accurate. 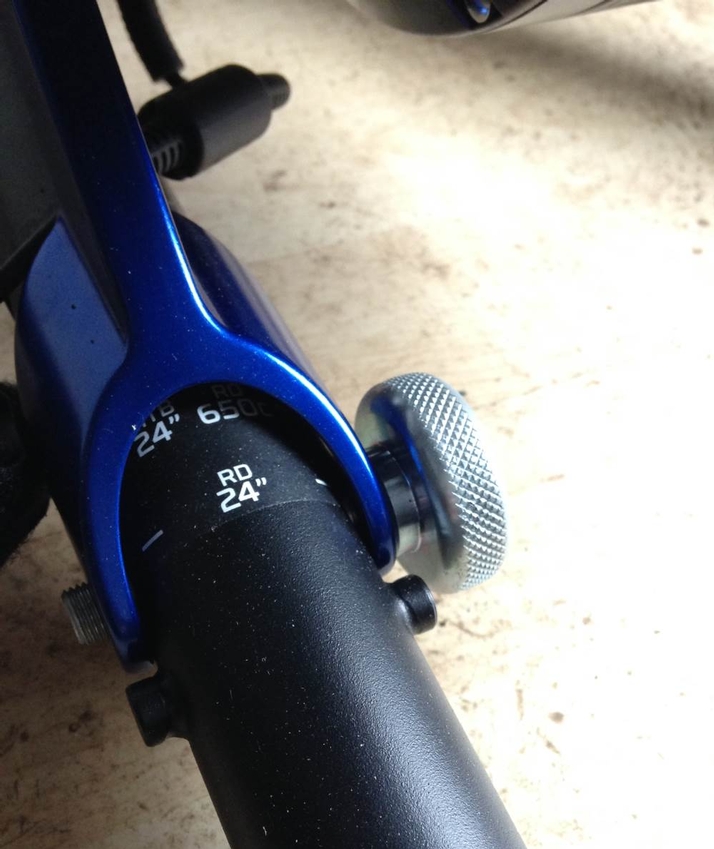 A reversible block (through which the quick-release skewer passes) means you can quickly change spacing for road bikes or mountain bikes.

The power connector is hard to find as it’s located right underneath the central tube, but this keeps the wire out of the way of the flywheel.

Fold-out arms lock into place and form a sturdy base which, along with the Kickr’s hefty weight, means nothing moves even when you’re standing on the pedals.

It may not be the noisiest trainer, but the flywheel still produces quite a din, especially at higher RPMs.

Bluetooth 4 low-energy is built in, and means the Kickr needs an iPhone 4S, 5, 5C or 5S to control it, or an iPad 3 or newer. You can alternatively use a PC with a USB ANT+ dongle, since the Kickr will also talk to your existing ANT+ devices, including heart rate monitors, speed and cadence sensors. (Bear in mind that your speed sensor is unlikely to work since your rear wheel and attached magnet has been removed.)

An Android app is on the way, but as with all Bluetooth-based gadgets, you’re always going to suffer as an Android user. Even when it arrives, it will probably support only a tiny fraction of the available smartphones and tablets.

One of the biggest attractions of the Kickr is that it plays nicely with so many different third-party apps. They include KinoMap, TrainerRoad and VeloReality, and you can also ride Strava segments via the Wahoo Segments app. 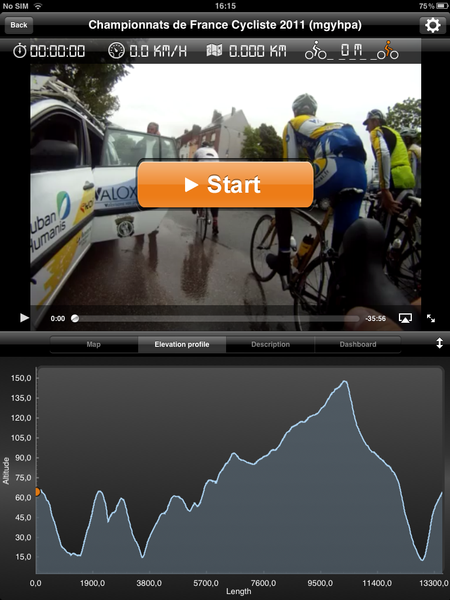 We particularly like KinoMap for some indoor fun. You can ride along to crowd-sourced videos, whether that’s a tough slog through the alps or even a mad downhill dash on a mountain bike course. It’s best on a much bigger screen – you can use an iPad in conjunction with either an Apple TV (for AirPlay) or an HDMI adapter to display the video on a big HD TV.

Just bear in mind that most of the third-party apps work on a subscription basis. 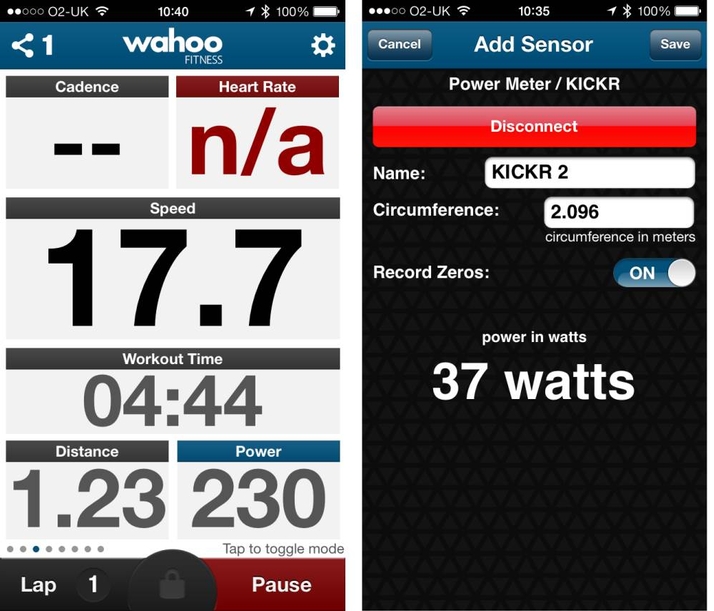 Using the Wahoo Fitness app you can train using the Kickr’s 10 resistance levels or switch to the ‘Erg’ mode where you can dial in a specific wattage and use any gear or cadence you like to maintain that wattage.

Wahoo’s app will also work with other Wahoo hardware including the Bluetooth HRM and speed/cadence sensor.

It’s undoubtedly expensive and is really only for those with a compatible iPhone or iPad, but the Kickr is a fantastic trainer and certainly the best we’ve ridden.