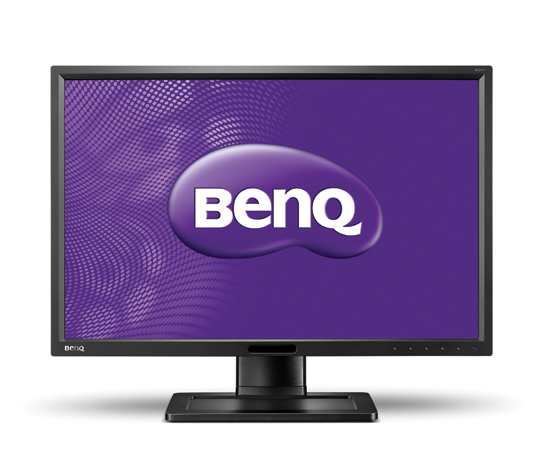 There’s nothing fancy or stylish about this monitor, but its ergonomic features and flicker-free backlight make it a pleasure to use. Best suited to work rather than play, it also delivers display quality of a standard high enough for graphical applications. It’s not the least expensive 24in monitor you can buy, but it delivers superb performance and ergonomics for the asking price.

The BL2411 comes in the old-school 16:10 widescreen format, prevalent before the influx of shallower, wider 16:9 displays all but forced them out of the market. See all display reviews.

This means you get a screen resolution of 1900 by 1200 pixels, rather than the now standard 1900 by 1080. This gives you a little extra height to play with, which makes a noticeable difference when working with vertically-oriented tasks such as word processor documents or Web pages, making it better suited to business than pleasure.

Viewing 1080p content such as output from Blu-ray or HDTV will result in small black bars top and bottom.

Being a business display it also comes with a full set of ergonomic stand adjustments, allowing it to tilt, swivel or pivot into your chosen position along with a generous 13cm height adjustment.

Its plain matt black design features a thin multi-monitor-friendly bezel, with a minimalist business-like look, devoid of any fancy trim. Its trio of inputs – VGA, DVI and DisplayPort are complemented by analogue audio jacks, and a small pair of internal 1W stereo speakers.

Notably absent is an HDMI port, so you may find yourself requiring an adapter if you want to connect something like a Blu-ray player which has no other type of connection. You’ll also have to do without a built in webcam or USB hub.

In keeping with the minimal design, there are no visible buttons on the front of the display other than the illuminated touch-sensitive power switch. Bringing your hand close to this switch causes a row of five white dots to light up. Touching any one of these will cause a quick control menu to pop up, giving you access to a selection of picture modes, input selections, audio control or to the full menu system. The function of each button is always displayed next to it on the screen, so there’s no confusion over which button does what, making the whole interface simple and intuitive to use. Our only quibble with the menu system is that there’s a perceptible lag between touching a control and seeing a response on screen, slowing down the whole process somewhat.

What sets this display apart from previous models is its flicker-free technology, which BenQ claims can significantly reduce eye-strain.

Most flat panel displays control their brightness, not by dimming the backlight but by turning it on and off many times a second. The ratio between periods of ‘off’ to ‘on’ determining how bright we perceive the display to be.

BenQ’s flicker-free monitors simply adjust the brightness in the way you might expect, by reducing or increasing the brightness without any of this on/off flickery nonsense.

The idea is therefore that time spent in front of the screen becomes less fatiguing and easier on the eyes. The best part is, even if you’re not susceptible to flicker-induced eye strain you won’t have to pay any more as the flicker-free system incurs no additional productions costs. It’s simply the way it should have been done to start with.

You can see if your own monitor flickers quite easily by displaying a mostly white screen and waggling a pen or your fingers in front of it. A stripey, strobing effect indicates flicker.

The flickering effect only happens when the display has been dimmed. At full brightness, there will be no flickering on either type of display.

Other eyestrain-reducing technologies are also built-in, including an ambient light sensor to automatically adjust the monitor brightness to suit the brightness of your room and an optional automatic reminder which tells you to take a break after a pre-set time. The panel also features a matt anti-glare surface for maximum readability.

The BL211PT features a high-quality IPS display panel, which provides wide viewing angles and 100 per cent sRGB coverage. In our tests, the display gamut slightly exceeded sRGB, especially in the greens. It also showed excellent colour uniformity across the surface of the screen combined with very good colour accuracy. It performed well straight out of the box, with little adjustment required.

Our checkerboard contrast ratio test peaked at 650:1 which is a good, although not outstanding result for a monitor of this type. We would therefore regard this as display which is well-suited to graphical work, such as photo editing as well as general office tasks.

Power consumption is also commendable, with 21W required at full brightness, dropping to 13W at our standard brightness of 120cd/m2. Even if you use the monitor at a high-brightness setting, the monitor’s Eco  sensor can be programmed to temporarily turn off the display automatically when it detects you’re not sitting in front of it. You can tune the sensor to match how far you usually sit from the screen. At the nearest setting, we found the monitor would switch off while we were still typing.