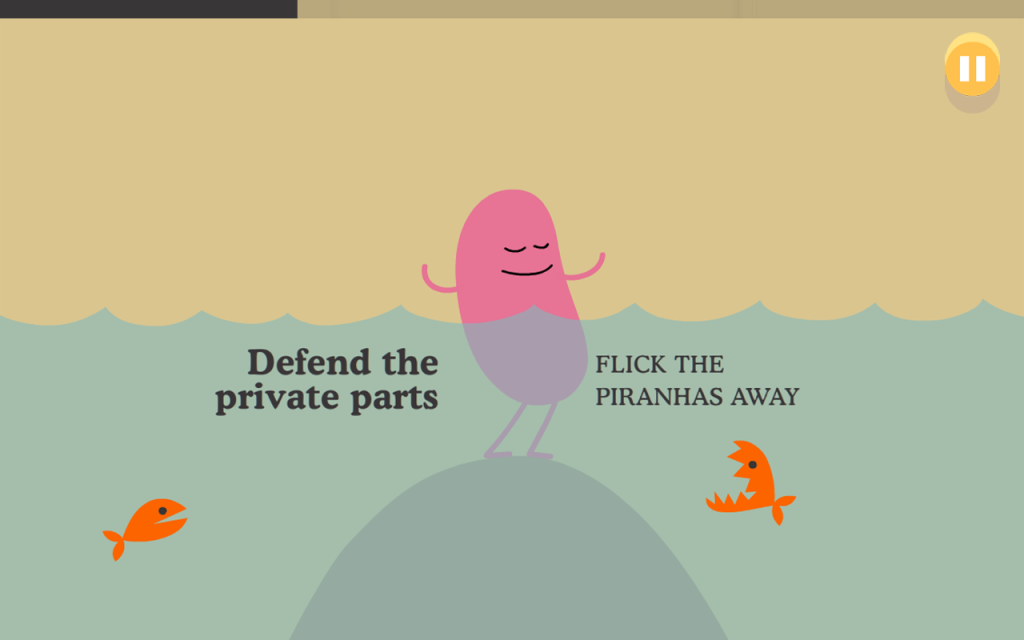 Dumb Ways to Die combines great design, humour and a good underlying safety message into an addictive, fun and entertaining game. It’s also so free so we simply can’t fault it.

We love simple and addictive games which have great artwork and Dumb Ways to Die ticks those boxes nicely. The game, made by Metro Trains Melbourne, is free and available on iOS and Android.

Looking a little similar to the iconic Mr.Men, the characters in Dumb Ways to Die all have an attraction to dangerous situations. Your task is to stop them meeting with fatality and doing so will gain you points.

Each charming and quirky character is in a different life threatening situation and represents a mini game. If you successfully complete the game, you get 100 points and move onto the next. You also occasionally gain some bonus points or a deduction – these are random rather than linked to your actual performance.

After a few levels, the game is sped up so the difficulty increases. This happens a few times until your reactions and skill need to be seriously good to stop the character from dying. You’ve got three lives until its game over.

There’s a wide range of characters and therefore mini-games which you’ll have to tackle. They come up at random and you’re unlikely to play all the different levels in one game. Score enough points and you’ll unlock the brilliant music video and then you’ll be able to unlock characters for your station platform (homescreen) as you hit an increasingly higher target.

The game included a total of 15 mini-games, each requiring a different skill from the last. You might have to swat wasps off someone’s face, dodge a bear, wipe the screen free of puke or remove toast from a toaster with a fork. There’s only one which can be considered ‘easy’ and that’s resisting the temptation to press a huge red button.

Our favourites include flicking piranhas away from a guy doing a ridiculously funny dance (above), holding bullet wounds of a moose impersonator and making another chap run fast enough to put the fire on hair out.

There’s one game which is optional which is making a plane stay in the air. This is done by blowing into your device’s microphone so if you have one in an awkward place or none at all for some strange reason then you can switch it off.

Aside from being addictive, entertaining and humorous, Dumb Ways to Die has a rail safety as its core message, making it even more worth a download.