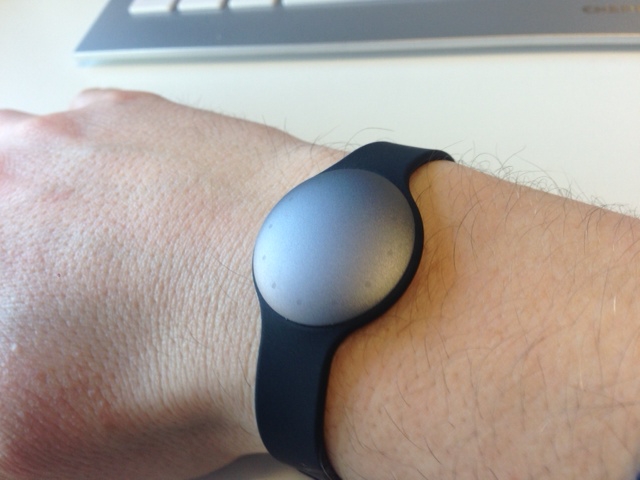 If you want a good-looking gadget to inspire you to do more, especially in the pool, the Misfit Shine is a good bet. Just don’t expect it to accurately measure distance or calories burned, or to be able to compete against other Shine users. Things could improve with future updates, but this is currently an unrefined system.

The Misfit Shine Activity Monitor is – as the name suggests – a wearable gadget aimed at tracking your aerobic activity in order to inspire you to do more. A small silver grey pellet that can be worn on the wrist or clipped on to a belt, it offers a certain minimalist charm. And paired with the deditcated iPhone app or Android app it allows you to set goals and then track the distances you walk and run each day in order to see if you hit those goals.

As with all similar fitness gadgets the specific distances and calorie targets are almost irrelevent: the idea is that you compete against your best day. The very presence of the Misfit Shine will inspire you to get off the bus early, and use the stairs instead of the lift in order that you beat your previous best. And on that level it works and works well, although there are some caveats. Here’s our Misfit Shine review. (See all smartwatch and activity tracker reviews.)

Out of the box the Misfit Shine is pretty simple to set up – which is a good thing because the instructions are minimal. You simply open up the Shine like a clamshell using the supplied tool, pop in the supplied battery, and close it up again. If it is all working as it should a series of tiny lights will illuminate.

We had some problems with this process as the clasp wouldn’t close properly with the battery installed, so the device we tested wouldn’t power up. It took us to slightly bend one of the connectors to get it to work. We’ve seen no reports of this happening elsewhere, however, so let’s put it down to plain bad luck.

Once powered up you simply slip around either of the supplied means of attaching your Shine to your person. There is a dongle-type loop that works with a powerful magnet and allows you to wear the Shine as a fob, or a more typical watch-strap so you can wear the Shine on your wrist. Either works well, and there are occasions on which each is best. 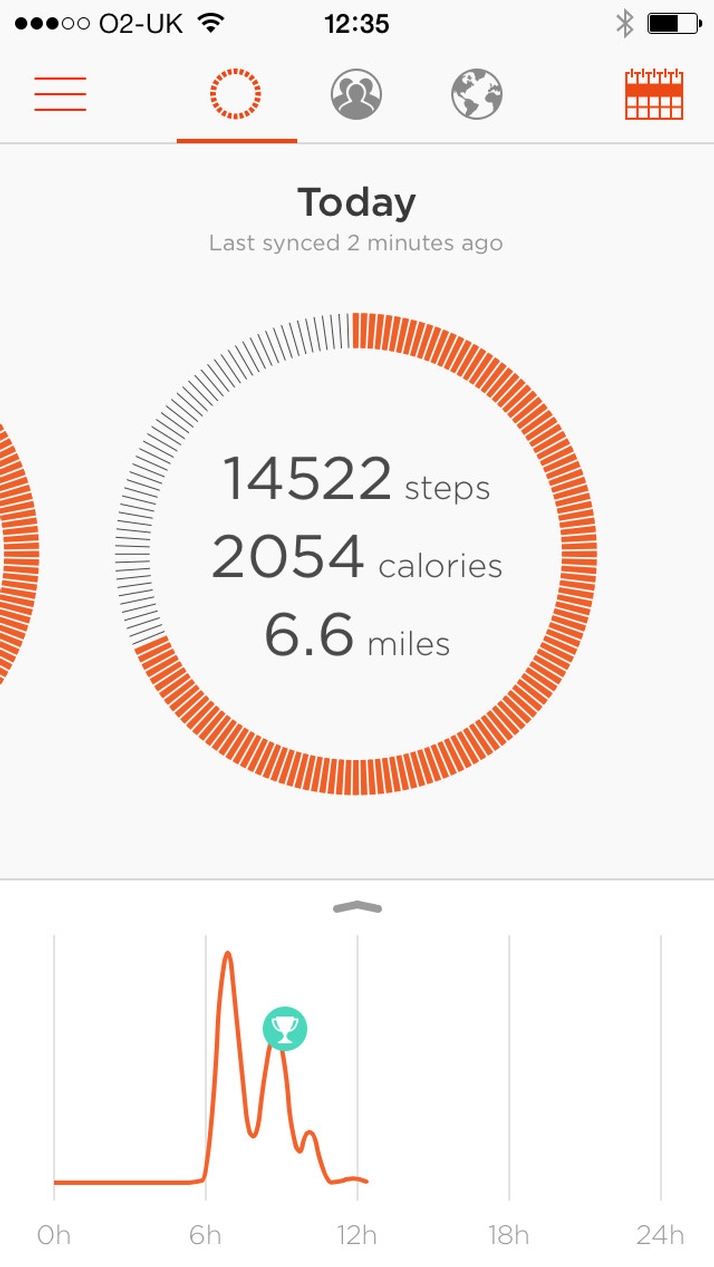 At this point you’ll want to install the app. Initially this was a problem for those who don’t use Apple smartphones – and there are an increasing number of you – because the Shine worked only with iPhone. Misfit tells us that you can now use Shine with devices running Android 4.3 and above with Bluetooth 4.0, however. These include the Samsung Galaxy S4, and Note 3, the Nexus 5, and the HTC One. Once you have the app installed you have to tap it to sync with your Shine device. The sync works via Bluetooth, but you do have to hold it close to your iPhone or Android phone. Indeed, the instructions suggest that you should tap your Shine against your phone’s screen. I’m not personally over chuffed about placing a magnet that close to a six hundred quid smartphone, however.

Once synched you are good to go. The battery is supposed to last four months – which is good because it means no recharging, an important factor if you want to track absolutely everything. This does mean you will need to replace the battery three times a year, however, but that’s just a couple of pounds each time.

It’s a personal thing but I think, on reflection, I like the Shine’s looks. It couldn’t be more simple and even when worn around the wrist it is unobtrusive and stylish. This small and slight nature might mean some men find it a little feminine. The Misfit site itself gives that impression. But hey, I’m a dude, and I am comfortable sporting the Shine.

The build seems solid. Not much can go wrong with such a simple gadget. But I have a suspicion that over time it may pick up the odd scratch – you are supposed to use it in sporting action, after all. Misfit says it is waterproof if set up correctly, although prolonged exposure to salt water is not recommended. We doused it in the sink a few times with no obvious adverse reaction.

Overall we find the Misfit Shine well built and nicely designed. But beauty is in the eye of the beholder, of course. It’s also available in black.

The Shine is quite basic when compared to the Fitbit Force and Withings Pulse. It tracks your steps, calories and distance. And that’s your lot. There’s no sleep tracking, no altimeter for rewarding height climbed, nor any way to measure or track heart rate.

The app, which we’ll get to in a moment, feels very much like a first iteration with a section in the settings asking for feedback on where you prefer to wear the Shine in order that the team can develop better algorithms. It has no weight, food or drink tracking, nor any integration with third-party apps such as MyFitnessPal. Fitbit’s system, as an example, includes all this and feels a whole lot more refined.

Misfit Shine Activity Monitor: in use

Once set up, you use the Misfit Shine by, well, moving around. It captures all your walking and running and – via three taps or a quick adjustment of the app – swimming. This makes it an attractive choice for swimmers since most of the Shine’s rivals aren’t waterproof. Plus, because it’s possible to tell the Shine when you begin and end a session (just like the FuelBand SE) you can even clip the Shine on to your shoe, and track cycle rides.

The app itself is super simple. You tell it your gender, age, weight and height, and then set a calorific target for each day. And then just, well, get moving. In terms of distance we found it much more accurate for walking than for  running. Our GPS-measured 7.5 mile run was measured as 3.2 miles by the Shine, whereas a couple of regularly measured walks were within spitting distance of what we know to be the truth. 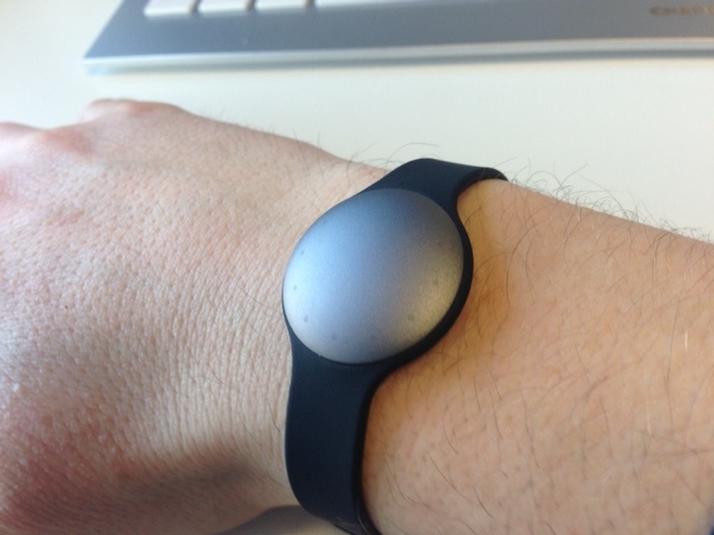 Lack of accuracy in terms of distance isn’t too much of a problem as long as the consistancy is there: the idea is that you set yourself a tough target and then try to beat it. This is not meant to be a GPS device, after all (you could get a free app for your iPhone to do that). But it is a problem if walking is more accurate than running – this means in our case walking is more rewarding than running and, well, that’s just not right from a health and fitness perspective.

We also found that the Shine wasn’t entirely consistant doing the same walk or run but worn on the wrist rather than from the belt as a fob. Again, this isn’t such a problem if you stick to one way of sporting your Shine.

Finally, I absolutely don’t believe the calorie count. Again, so long as it is consistant and you aren’t relying on the Shine for a calorie-controlled lifestyle this won’t matter. But I first wore the Shine for an afternoon *after* I’d been to the gym. With a few steps around the office and a couple of short walks on the way home I found the Shine said I had burned nearly 2,000 calories. Reader, I definitely hadn’t. If that level of activity burned that many calories I’d be disappearing fast (and the BMI tells me that is not the case).

This in turn means that the initial targets you are encouraged to set are a little soft. The default target for someone of my age (36), weight (12 stone), height (5’8″) and an ‘active’ lifestyle was 2,000 calories. If I stuck only to that target as measured by the Shine I would get less fit and healthy, but that is to miss the point. Everyone needs to find a target that stretches them, and knowing that all activity will be quantified does indeed encourage you to build into your lifestyle more activity. And I suspect most people get an activity tracker to encourage them to do more from a low base, so a relatively soft target is more encouraging. The Shine is a lifestyle gadget, not a high-end training aid.

A couple of other things: you can use the Shine as a wrist watch. This worked fine in our tests, although we quickly found it easier to just glance at the iPhone for the time. And unlike rivals from Nike, TomTom and FitBit the Misfit Shine is not really a social thing. You can’t easily compete against other Shine users, and the only way to share your experience is via Facebook. This is a personal tool for helping you to do more excercise in your average day, and as such it works well.

So given all of the above is the Misfit Shine worth the money in your pocket? The SRP is £99 inc VAT, but we found it on Amazon for as little as £84. The app is free, of course, and we’ve yet to find any hidden in-app purchase costs.

This puts the Shine in the same price as the Fitbit Force, and it costs a little more than the Fitbit Flex. In turn it costs a lot less than rival products from Nike and TomTom. I think you get what you pay for, to an extent, but if you can live without the socialised aspects, and you’re an avid swimmer, the Shine is a pretty good deal. If you don’t need a waterproof tracker, you can save yourself a packet and buy a Fitbit Zip which offers almost the same functions (apart from session tracking) for just £40. 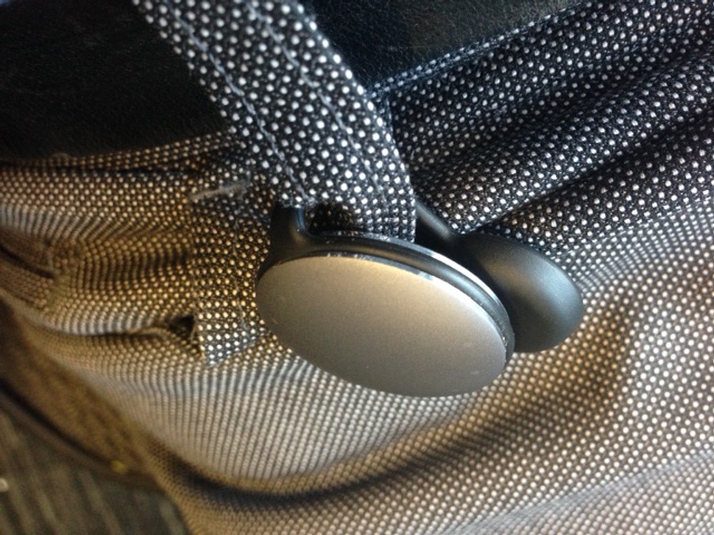