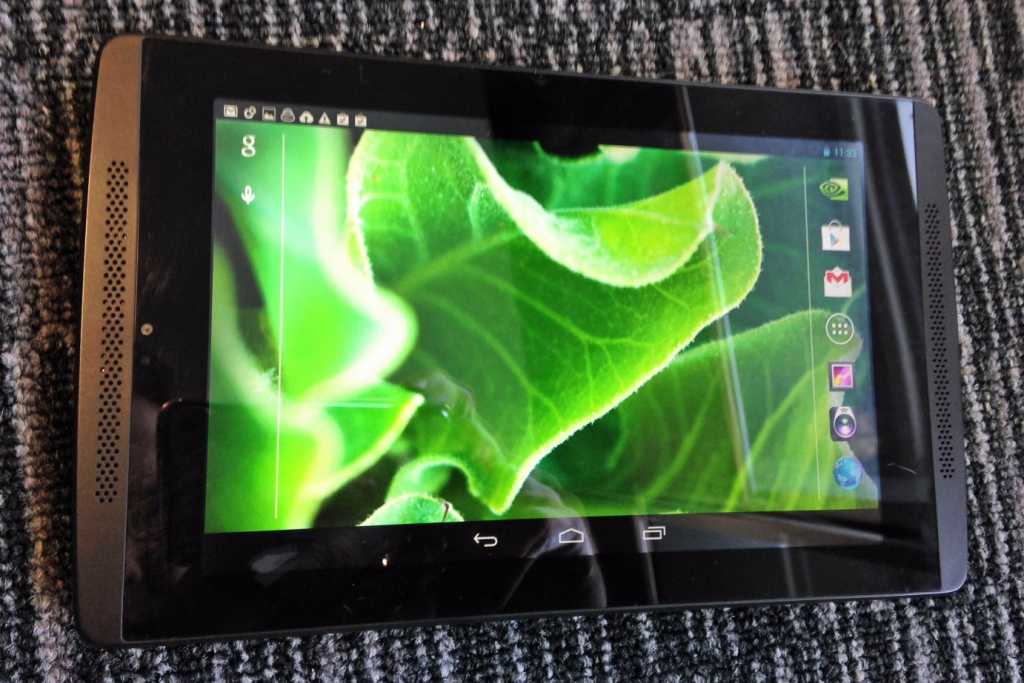 For the price, the Advent Vega offers an awful lot and is better than the Tesco Hudl in almost every way. Google’s new Nexus 7 is better overall, mainly because of its excellent screen and battery life, but it costs £70 more and has no microSD card slot for adding storage. If you’re after a budget Android tablet, the Tegra Note 7 is a great choice.

Choosing a budget Android tablet isn’t easy because there are so many good-quality models to choose between. Tesco’s Hudl and Amazon’s Kindle Fire HD fight it out at the low end (and don’t forget the Asus Memo Pad HD 7), while Google’s own Nexus 7 is the current benchmark, albeit at a higher price of £200.

Now, Currys PC World has waded in with its Nvidia-based Tegra Note 7. The Advent Vega name might sound familiar, and that’s because it’s the same name PC World used for its own-brand tablet back in 2010.

However, unlike that 10in tablet which tried to compete with the original iPad at a much lower price (and failed miserably), the new 7in Advent Vega is altogether much more successful.

Calling the Vega “Nvidia-based” is a little misleading as this is really Nvidia’s tablet with Advent branding. That’s no bad thing, of course, since the Tegra Note 7 hasn’t been hastily rushed out the door.

The highlight is the new quad-core Tegra 4 processor, which is immensely fast, but Nvidia hasn’t forgotten about the rest of the tablet, the result being a fairly well-rounded device that will appeal to plenty of people.

There’s a passive stylus for writing or sketching, GPS, Bluetooth 4.0, 802.11n Wi-Fi, a micro HDMI output and micro SD card slot for adding to the 16GB of internal storage.
There are front-facing stereo speakers, plus front and rear cameras. Everything runs on Android 4.3 Jelly Bean and there’s access to the Google Play store.

If there’s one weakness, it’s the 7in IPS display. The problem is only the 1280×800 resolution, which is nothing special these days. The low pixel density of 215ppi means that the Advent Vega doesn’t possess the sharpness of full HD tablets such as the 2013 Nexus 7 with its 1920×1200 resolution.

In other respects, it’s a good screen with the wide viewing angles you’d expect from IPS technology and respectable brightness levels and vivid colours.

Apart from screen resolution, then, the Tegra Note 7 ticks an awful lot of boxes. The memory card slot and video output will more than make up for the screen for some people.

However, another area where the Tegra Note can’t match the Nexus 7 is build quality: it creaks and twists where Google’s tablet doesn’t. Plus, it’s 30g heavier than at 320g. It might not sound like much, but we did notice the extra mass when holding the Tegra Note 7 to watch videos for long periods.

Around the back is a two-tone finish: some will probably think it looks great while others detest it. Whatever your views, beware that the smooth parts scratch and mark easily. Our demo unit had clearly done the rounds judging by the well-used look.

The speakers are reasonably good, but nothing special. There’s a tangible benefit from having them built into the front bezel and clear stereo separation, but at louder volumes out test unit rattled and buzzed instead of producing the clear audio we’d expect. At lower volumes, they’re fine.

Mostly Android has been left untouched, but Nvidia has added a few apps and tweaks of its own. One is the DirectStylus launcher which pops up when you pull out the stylus (it opens even if the tablet is in sleep mode). There’s a choice of two apps: Tegra Note Draw and Stylus Labs Write.

Both are relatively basic, but do a decent job. Despite its passive nature (unlike the active S-Pen on the Samsung Galaxy Note 3) it’s very responsive and is double-ended with an ‘eraser’ on the opposite end. You still have to select the eraser tool manually, but it’s one of the better styli we’ve used.

When using the stylus, you get two extra soft buttons alongside the usual Android controls. One allows you to put the tablet in stylus-only mode: you can rest your hand on the screen to draw or write and only stylus inputs will be recognised.

The other button is for annotating anything you see on screen and taking screenshots.

There are a couple of additions when you swipe down to show the quick access controls. One is Balance, a power management utility with a slider for choosing between maximum performance or battery life. The other is Fullscreen Mode which hides the Android status bars so you apps can use the entire screen.

The Tegra Note 7 is fast. FAST. It loads apps faster than just about any other Android tablet and browsing the web on it is extra-enjoyable because there’s no waiting around for Google suggestions to appear, nor web pages to load.

As ever, the benchmark results here are presented for completeness, but never rely solely on them when choosing which tablet to buy.
Running the SunSpider 1.0.2 test took an average of 662ms which makes the Vega sound slower than it is. In Geekbench 2 we recorded an average of 4088, miles ahead of the new Nexus 7 which scored 2651.

It isn’t quite as fast as the iPad Air. Using Geekbench 3, the Tegra Note 7 managed 2536 points in multicore mode; the Air 2703 points. Still, given the price difference, it’s a remarkable result.

Nvidia, of course, is better known for graphics and the 72-core GeForce GPU is great for games. In fact, it’s slightly faster than the iPad Air in our Egypt HD test where it delivered 52fps against the Air’s 48fps. It’s an unfair comparison, of course, since the iPad has around 3x more pixels to drive, but considering the Vega costs £130, it’s great news for avid gamers.

In terms of visuals, certain games are already taking advantage of the Tegra 4’s feature set and titles including Asphalt 8 Airborne look pretty good. Lighting effects including shadows and lens flare add to the ambience, but the screen’s low resolution means that we still prefer the look of Real Racing 3, for example, on a Retina iPad.

There’s also support for Tegra gaming controllers, although we weren’t sent one for review and they’re not yet widely available to buy.

As with many Android devices, the Advent Vega’s cameras aren’t a reason to buy the tablet. The front webcam is a poor-quality VGA affair which is barely acceptable for Skype calls. At the rear is a 5Mp shooter which, thanks to the Tegra 4 processor, is capable of both HDR photos and video.

The bad news is that the camera itself isn’t much good. Photos, as you can see below, are markedly worse than from the 5Mp camera on the new 2013 Nexus 7. It appears that heavy-handed noise reduction is to blame, leaving a smeary mess instead of sharp detail.

We’re not saying the Nexus 7 has a brilliant camera, but it’s clearly the better choice if you’ll be taking photos with your tablet.

The difference in video quality isn’t quite so catastrophic. Footage is much better than the Tesco Hudl, but it’s still lacking in detail compared to the Nexus 7. All three tablets, however, pale in comparison with the iPad mini which is capable of shooting much smoother, sharper 1080p video.

Here’s a sample from the Tegra Note – make sure you view it full screen and choose 1080p from the settings.

The Tegra Note 7 should count battery life among its strengths, mainly because of its fifth, low-power core which is all that’s needed for most tasks, including video playback and web browsing.

However, in our tests we found it couldn’t match the new Nexus 7. Using our usual video looping test, the Vega Tegra Note 7 lasts just over 8 hours – good but around three hours short of the Nexus. Fortunately, the dynamic backlight feature (which is hidden away in the menus) works well and increased playback time to almost exactly 10 hours with no noticeable loss in brightness.

To sum up, there’s a lot to like about the new Advent Vega. It’s fast, has expandable storage and lots of features that enthusiasts will appreciate. Even if you’re not a gamer, the Tegra Note 7 has other features that budget tablets tend to lack such as a GPS receiver and a built-in stylus. Battery life is good, too.

The screen is a big step down from the new Nexus 7, though. It’s not nearly as bright and lacks the crisp detail you get with 1920×1200 pixels. The cameras are disappointing, too.

Such flaws are easy to live with if you’re not bothered about cameras and screen resolution. Let’s not forget that Currys PC World is selling the Advent Vega for £130, making it a whopping £70 cheaper than the non-expandable Nexus 7.