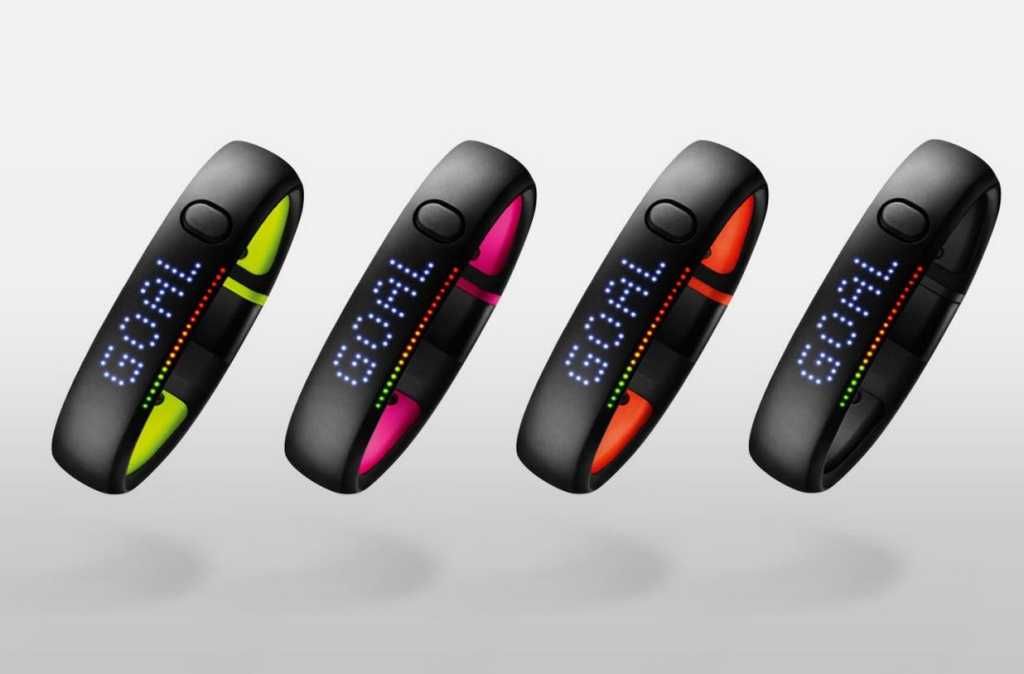 The FuelBand SE is a reliable and motivational activity tracker with good battery life and handy automatic synching. However, it’s expensive, works only with iOS and lacks proper sleep tracking and movement reminders. If the list of missing features doesn’t worry you, it’s a great choice but for other people, it’s going to be worth waiting for the Fitbit Force to launch in the UK. 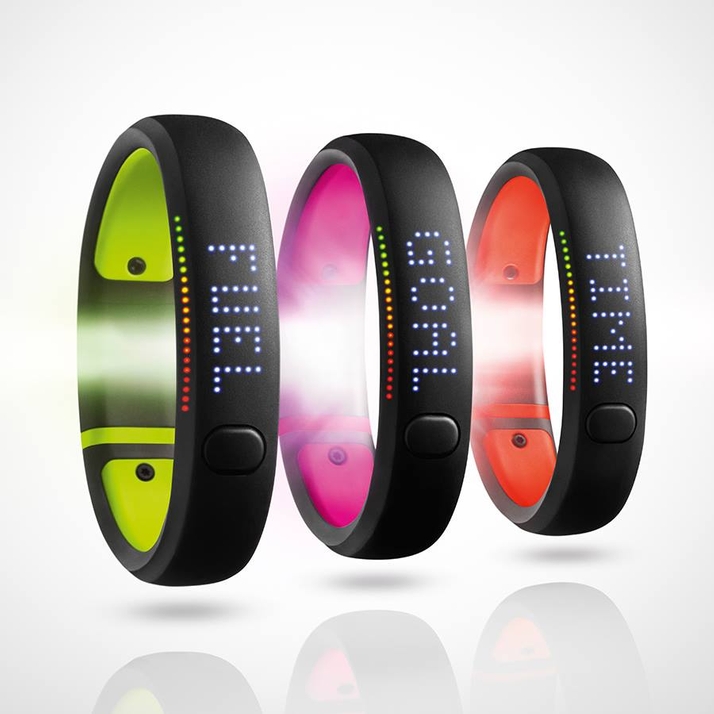 Considering it was a first-generation product, the original Nike FuelBand was a great activity tracker. The hardware was reliable and convenient, and the software decent too.

In the intervening 18 months between the original and new FuelBand SE being launched, other trackers caught up and overtook the FuelBand where features were concerned, although few came close to matching it overall.

The FuelBand SE offers little in the way of updates, especially when compared to the long list we were expecting. The band itself is virtually identical in appearance, although you can now choose a flashier-looking version with yellow, pink or orange highlights as well as the all-black model. (There’s no longer a white option.)

The LED screen has been updated slightly and is now faster to scroll – a minor change only existing owners would notice. As before you can enable or disable steps and calories from showing as you cycle through the stats on the band, but there’s a new entry: Hours Won. 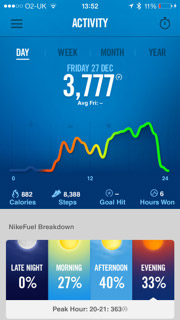 You ‘win’ an hour by moving for five minutes consecutively. Along with double-tapping the button to instantly display the time, it’s a feature that’s also been added to the original FuelBand, but the old FuelBand doesn’t show Hours Won on the display: the data is merely visible within the app.

A bigger update to the FuelBand SE is that you can now start and time sessions on the band itself, tagging them later in the app. This means you’ll get a much more accurate estimate of NikeFuel earned than on the old band which doesn’t differentiate between walking, running, cycling or any other activity. When you stop the session, the display shows the duration, NikeFuel earned and other stats.

Disappointingly, the promised sleep tracking is entirely underwhelming. You merely start a session as normal when you go to bed, and stop the timer when you wake up. The session is then tagged as ‘Sleeping’ in the app, and all you can see is the average, longest and shortest sleeping times. There’s no detection (using the motion sensors) of when you actually fell asleep or a breakdown of deep and light sleep – not even ‘awake’ periods during the night. If sleep tracking is important to you, forget about the FuelBand SE. 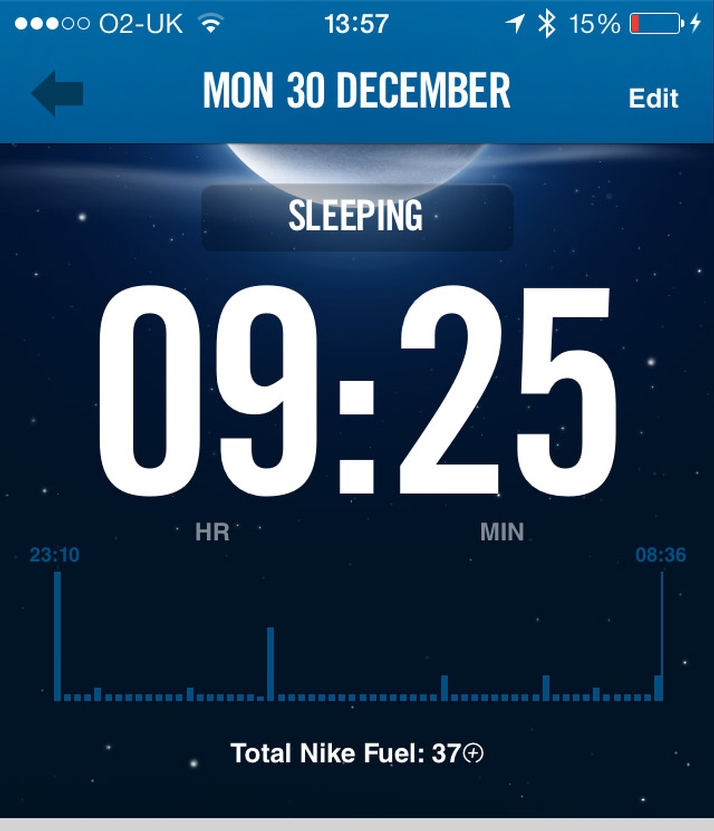 Both the Jawbone Up and Fitbit Flex do a far better job of tracking sleep, but the FuelBand SE does get at least one of the Up’s unique features: movement reminders. However, again, this has been done in a lacklustre way.

Instead of giving the FuelBand 2 a vibrating motor, all you get is a light show on the display with a scrolling message to ‘Go Jim’ (your iPhone might also show you a notification, depending on whether you allow them or not). Plus, instead of setting an interval as you do in the Up’s app, you just set the hours between which the band will remind you to get out of your chair and do some exercise.

Finally, Bluetooth has been updated to the latest low-energy version which means the FuelBand SE can regularly synch with the iPhone app during the day instead of requiring you to manually start a sync using the FuelBand’s button. In practice, we found we needed to launch the FuelBand app to get the band to sync, but it’s still a better system than before.

Like the original FuelBand, the new version is water-resistant but not waterproof. This means you can wear it all the time, unless you’re swimming or doing other water sports where the band might be submerged.

In addition to ‘proper’ sleep tracking, we were expecting the new tracker to gain an altimeter so it could tell when you’re walking or running up stairs or hills. Since it doesn’t have one, it’s slightly less accurate than it could be at measuring your intensity level.

There’s also no heart-rate monitoring, nor any integration with separate heart-rate monitors. You can’t use the FuelBand app to track food and drink intake either, but if this is something you want to do, you can simply install MyFitnessPal on your iPhone and use that as a companion app.

Yet another omission is an alarm – due to the lack of a vibrating motor.

Last, but not least, there’s still no support for Android devices, so you’ll need at least an iPhone 4S to use a FuelBand SE.

Thanks to the new algorithm, which is used for both old and new FuelBands, you’re likely to earn less fuel overall. The good news is that you’ll earn more with the SE for activities including cycling when you record and tag each session. That’s part of the trouble with wrist-worn trackers – they’re simply not as accurate as clip-ons such as the Fitbit One. 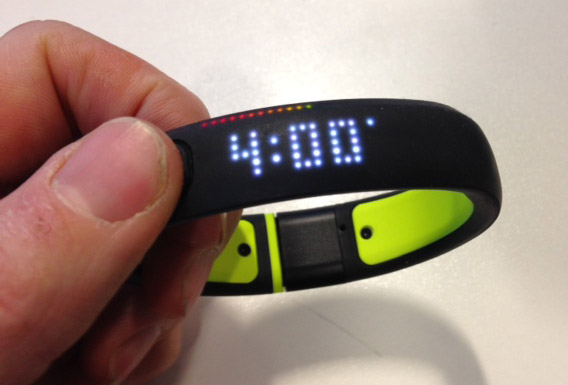 We’re fairly happy with the accuracy of the Fuelband SE when tracking runs, but for normal walking it under-reads when compared to our benchmark Fitbit One. On an average day during our testing, the Fitbit One clocked just over 9,000 steps. The FuelBand SE, meanwhile, said we’d walked less than 5,700 steps: quite a difference.

Battery life, however, is at least as good as the old model, if not better. It lasted anywhere between seven and 10 days in our tests.

Although it’s better than the first-generation FuelBand, the SE costs the same (which is too much in our opinion) and lacks too many of the features that were on many people’s wish lists. To say it tracks sleep is misleading, and the movement reminders are worthless if you’re wearing long sleeves or simply miss the light show.

The important addition of sessions is welcome, but it’s certainly not a reason for existing owners to upgrade. Fitbit is poised to launch the wrist-worn Force in the UK, an update to the display- and altimeter-less Flex. With its sleep tracking, alarm and – if anything like the Flex – more accurate step counter, it will be a better, not to mention cheaper, choice than the FuelBand SE.