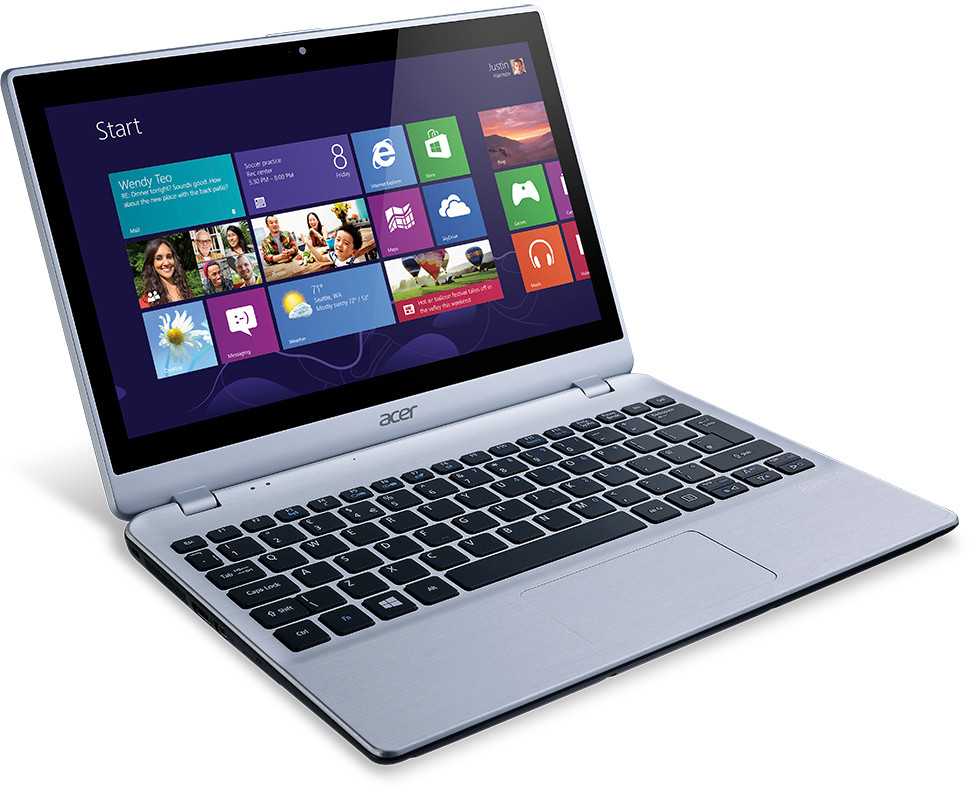 If you’re on a tight budget then the Acer V5-122P may prove quite a good value for money laptop. Its computing speed is low, but the build quality and screen are definitely above average for a bottom-dollar laptop. Unfortunately, the battery life is a real weakness, and could prove to be a deal-breaker for many people. 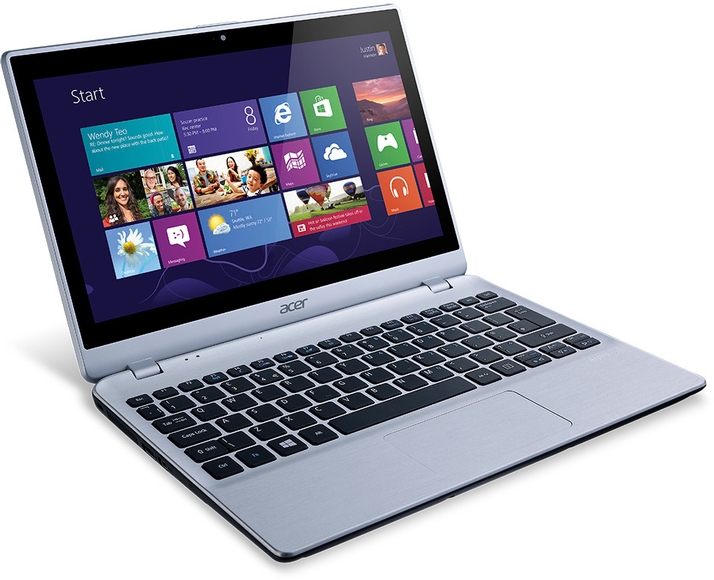 Acer’s Aspire V5-122P is an odd laptop, perched rather precariously between an old-fashioned netbook and a flashy new Ultrabook. It does provide some very attractive features for a laptop that costs less than £350, but its appeal is marred by its poor battery life.

Acer lists the V5 series on the ‘ultra-thin’ section of its website, clearly suggesting that it’s an Ultrabook. The basic design of this budget laptop is certainly light and attractive, with this particular V5-122P model providing an 11.6-inch screen that folds flat to a total thickness of 20mm.

It weighs 1.38 kg, so you can pick it up with one hand quite easily and it’s no trouble to slip it into a backpack or shoulder-bag when you’re ready to go out and about.

It’s also well built for such an inexpensive device. The keyboard is firm and comfortable to use, and the plastic case certainly doesn’t feel as flimsy as most laptops in this price range. Our only complaint here is that the small trackpad isn’t very responsive, and we often had to tap it a couple of times in order to prompt a response. 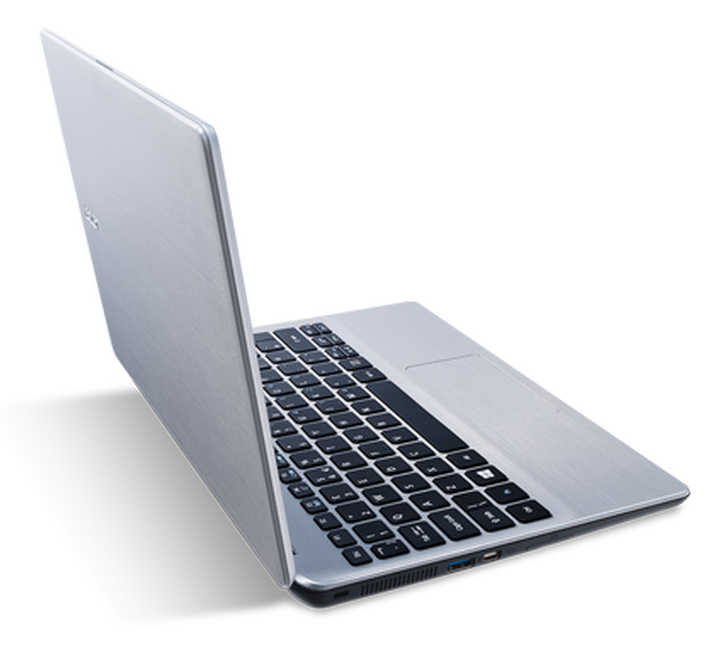 The screen is also above average for a cheap laptop – especially as it’s touch-sensitive, which is a rarity for any laptop costing less than £500.

The resolution may only be 1366 x 768 pixels, which looks coarse on a 15-inch display, but that’s an acceptable compromise at this price and size. And while the screen isn’t incredibly bright its viewing angles are actually quite good letting the V5-122P work well for web browsing and watching streaming video.

The speakers produce quite good sound, but they’re not very loud so you’ll need headphones or external speakers for decent volume.

Other aspects of the V5-122P also seem more like a low-cost netbook than an Ultrabook. Performance is very modest, as the V5-122P is equipped with an AMD A6-1450 processor running at just 1.0 GHz. This quad-core AMD mobile processor can turbo up to 1.4 GHz. With its integrated Radeon HD 8250 GPU, they together form an AMD APU.

Our review unit included 4GB of memory and 500GB hard drive for a total price of £330, and there’s a 6GB model also available for around £350. Take a look at The best laptops

That combination produced a score of just 1300 points with the PCMark 7 benchtest although, to be fair, that score would have been dragged down by the budget 5400rpm hard drive. During our tests the touch-screen controls responded smoothly and quickly – more quickly than the trackpad, in fact – and the V5-122P proved perfectly adequate for web browsing and running Microsoft Word or Excel.

You can probably draw the line at gaming, though. The integrated AMD Radeon HD 8250 graphics could only manage 14 fps when running our Stalker test at 1280 x 720, so gaming action will be limited to casual games like Angry Birds.

Connectivity is limited, too. The V5-122P includes just one USB 2.0 and one USB 3.0 port, with no ethernet or HDMI interfaces for wired networks or larger monitors. There is an odd ‘Acer Convertor Port’, which looks and sounds rather like a Mini DisplayPort connector, but there are no cables or adaptors provided for this, so you’ll have to buy those separately. There’s no Bluetooth included either, which might be a problem if you want to use wireless peripherals.

Those are relatively minor omissions, though, and could be forgiven if they help to keep the price so low. However, the poor battery life is a more serious weakness.

Acer is honest enough to state that the maximum battery life is just 3.5 hours – but, in fact, we actually got 3.5 hours (215 minutes) of streaming video from the BBC iPlayer, so you might even reach the four-hour mark if you weren’t using the laptop continuously. Even so, that’s poor for a modern laptop – especially a lightweight model such as this, which is clearly designed to spend much of its time on the move. See also  Group test: what’s the best budget laptop?