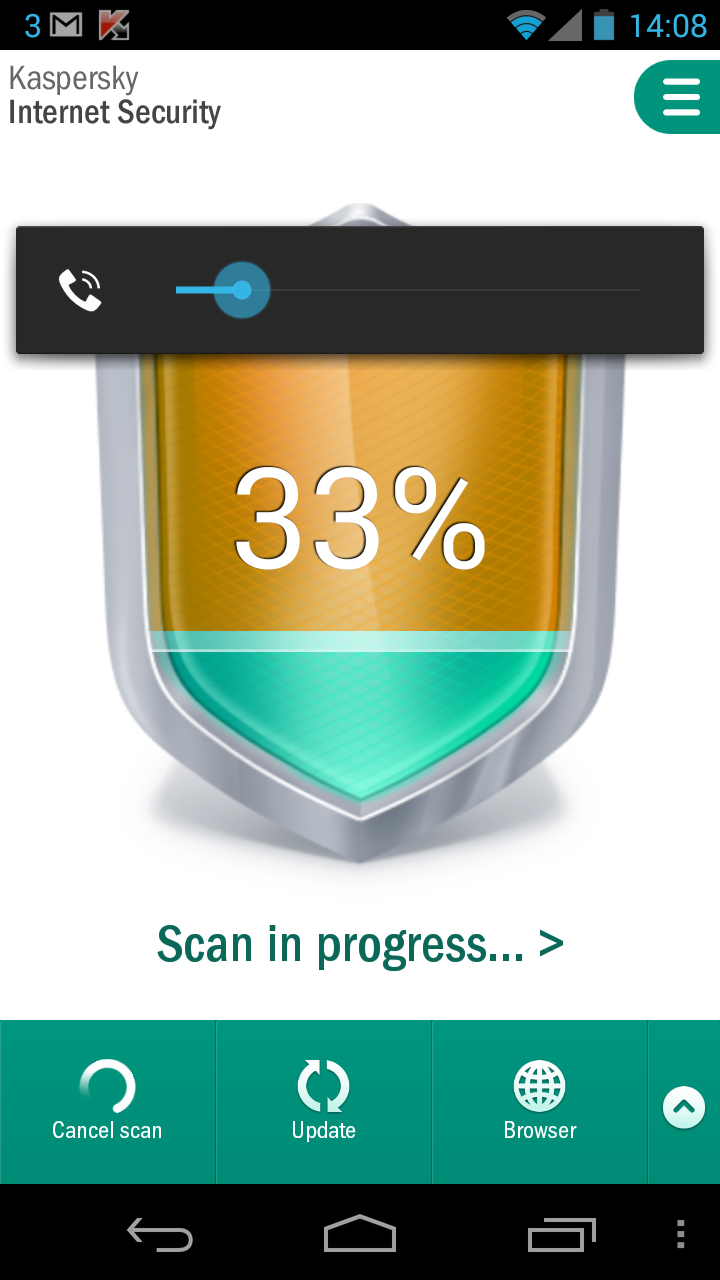 A slickly presented anti-virus package that does a decent job of proactive protection. A few usability flaws and a limited set of anti-theft and extras stunt its appeal, but then that’s reflected in the very reasonable subscription price.

Kaspersky recently merged its  Android phone and Android tablet security products into one, and it certainly looks the part. The big shields that fill up to show you the completion percentage of virus scans and updates are about as user-friendly as these apps come, although in other respects Kaspersky  anti-virus can make life a little more difficult for the user than it should.

For example, Kaspersky shows a fleeting notification to tell you it’s completed a virus scan after you install a new app, but that notification disappears in the bat of an eyelid, and on our test Motorola Moto G handset, the message ran off the edge of the screen, making it unclear if Kaspersky had found a problem with the app or not. Luckily, with a 100 percent success rate in detecting malware-laden apps in the most recent AV-TEST labs, you can be fairly sure it’s going to root out the known bad apples.

Kaspersky Internet Security: what you have to pay for

By default, malicious apps is all Kaspersky will keep an eye out for. If you want file scanning and browser protection, you have to pay and, oddly, switch on the Extended Protection option in settings. Once switched on, we were pleased to see Kaspersky send out a screeching alert when we used our browser to download a test virus, and the file was immediately placed in quarantine. Once again, however, the notification swiftly disappeared, and we had to delve deep into the menus to find evidence of the quarantined file. 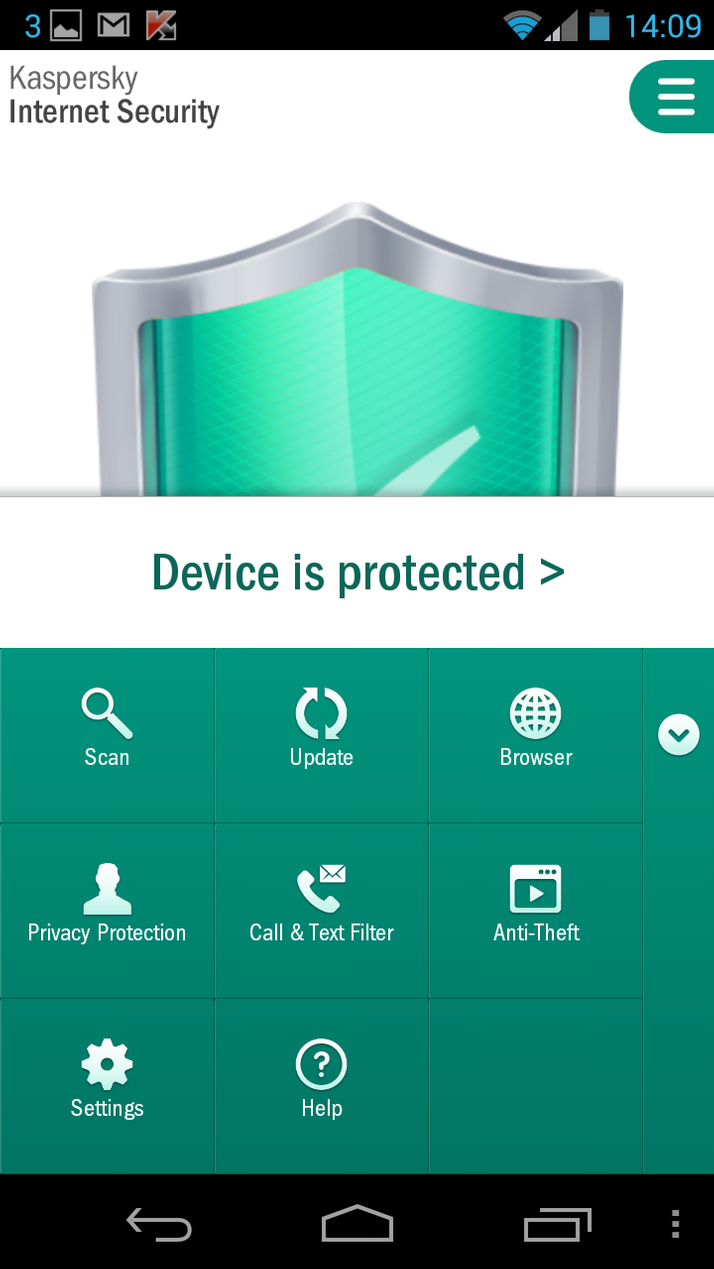 The anti-theft features are rudimentary compared to those of Avast, but they work well. Remote commands can be sent either via SMS or Kaspersky’s well-designed web console. The lock and locate feature pinpointed the position of our “missing” phone over both Wi-Fi and 3G, and the option to insert a custom message on the lock screen is a bonus for those wanting to offer passers-by instructions for handing in a lost phone.

The option to surreptitiously snap photos using the phone’s camera also did the job admirably, delivering five crisp snaps that could well identify whoever’s using the phone. The wipe facility offers the option to merely clear off personal data or factory reset the phone, which is a step up from Norton’s offering. The only anti-theft disappointment was the alarm, which merely produced a short, rather muted buzzer noise, which certainly wouldn’t help you locate a phone that had fallen down the back of the sofa.

The call-blocking feature is basic, allowing you to bar messages and texts from selected callers, but with no scheduling or logs of blocked calls. Privacy Protection, meanwhile, allows you to hide certain contacts from the address book, making you enter a PIN to see their details. However, set-up is clunky, and it’s a feature of limited benefit in our opinion. (See also: Best Android apps for new smartphones and tablets.)