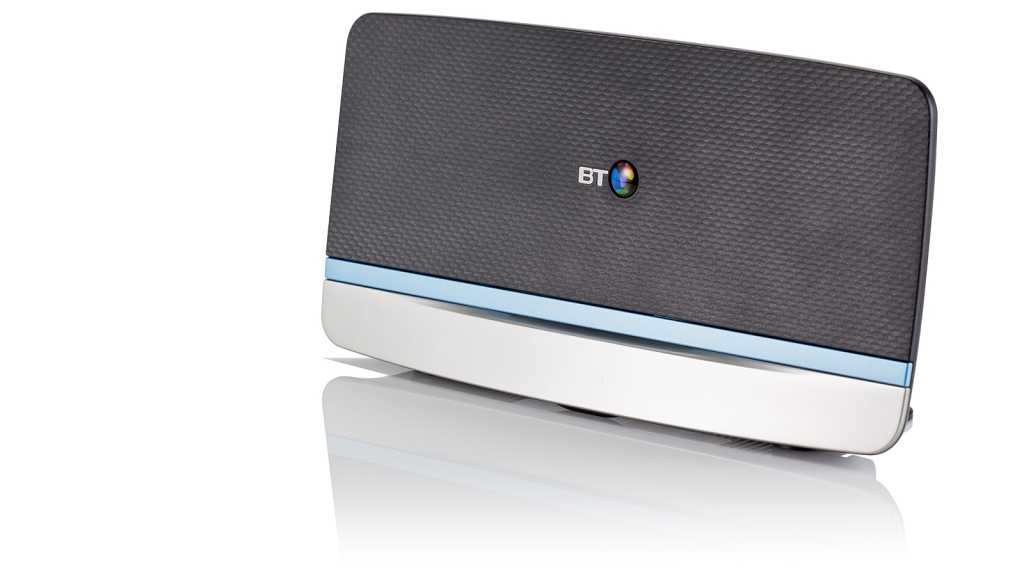 The Home Hub 5 may look almost identical to the previous model (it’s still compact and stylish) but a number of features make this a good upgrade for BT Broadband customers. It’s one of the cheapest 11ac routers we’ve seen and it comes with performance to match its value and good features.

BT has stuck with the same design and the Home Hub 4 and you’ll hardly be able to tell the difference between the two models. The only cosmetic change is a blue stripe across the front of the router instead of a black one. All the buttons, lights and ports are positioned in exactly same way. Updated on 18/9/15. See  Group test: what’s the best wireless router?

The ISP’s Infinity fibre broadband packages come with a free Home Hub 5 but existing customers can upgrade if they wish so read on to find out what’s new about the router.

BT Infinity customers can get their hands on a Home Hub for free when upgrading to an Infinity package or re-contracting. Alternatively, the router can be purchased from BT for a one-off £45 fee which is very cheap if you’re an existing customer – otherwise it’s £129. See all Wi-Fi and networking reviews.

Setting up the Home Hub 5 is easy. If you’ve got an older model then you can simply swap the routers around and use the new wireless SSID and password assigned to the Hub 5. Otherwise it’s a quick four-stage setup which you carry out in your browser which allows you to set up things like parental controls.

So far there’s no major reason to upgrade to the Home Hub 5. It looks essentially the same and is easy to plug in, but the router has a number of internal upgrades which might make it worth your while.

For starters, the four ethernet ports on the back of the Hub 5 are now all Gigabit speed rather than just the one. This is good news for users who are plugging multiple devices into their existing router. The Home Hub 5 is a consolidated VDSL modem and router. If that means nothing to you then in simple terms, it negates the need for a Home Hub router and a separate Openreach network box for fibre optic broadband.

It means you only need one device instead of two – saving space, plug sockets and power. You can simply plug the router straight into the wall socket; however, this isn’t made clear in the booklet which is sent out with the Home Hub 5 or BT’s website.

Upgrading to a Home Hub 5 doesn’t mean that your internet speeds will get any better. We saw no difference in our tests using speedtest.net with Infinity 2 in ping and upload but we did see a small boost in download – only a few Mbps though.

Once again, the Home Hub 5 has dual-band (2.4GHz and 5GHz) Wi-Fi, but now has the latest 802.11ac technology and 3×3 MIMO. Smart wireless means the Hub 5 will choose which channel to use automatically (ideal one which isn’t being used around you), although you can go into the settings and manually choose this if you wish. It managed this during our testing and the web user interface is easy to use if you fancy tweaking the Hub’s settings.