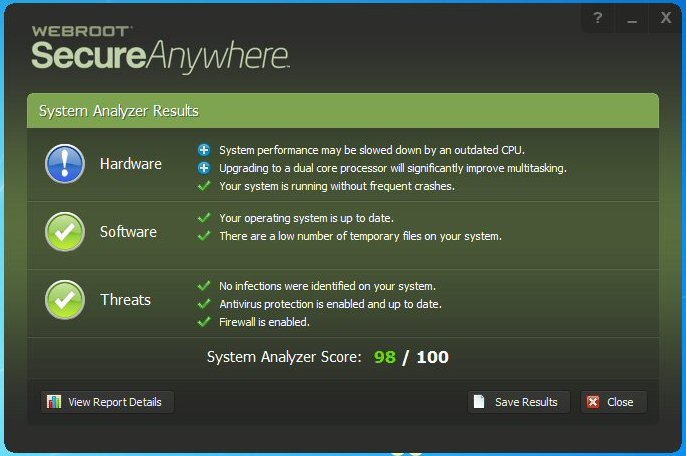 Webroot’s utilitarian approach may appeal to those who shun ostentatious software, and it’s undoubtedly useful to have a product which can protect up to five devices at a time. That those devices can be based on a number of different platforms is also a benefit. The problem with SecureAnywhere Internet Security Complete 2014 is the question mark over its ability to do the business spotting malware.

Protecting your PC from malware is important, but these days it’s only part of the task faced by an internet security suite. If you also have a smartphone, a tablet or a netbook running other operating systems, you need something multi-platform. Webroot SecureAnywhere caters for Windows, OS X, iOS and Android, and the Internet Security Complete package covers five devices, so you can mix and match and be confident of true security software including anti-virus, firewall, etc. We looked at how well the software worked on Windows.

The rather protractedly named Webroot SecureAnywhere Internet Security Complete 2014 (Webroot 2014, from now on) isn’t a looker. If you want bright colours, Windows 8-style tiles and pie-charts of what your IS software has done, look elsewhere.

The main screen is matter-of-fact and mainly text based, but it does have a menu down the right-hand side showing the key elements of the software. We never found it particular easy to work our way around the software, though.

The suite installs efficiently and in the process does an initial scan and makes sensible default settings for its main AV, firewall, identity and anti-phishing modules. You can safely install and forget, but if you care to tweak settings, that’s possible, too.

Extras include system analysis and optimisation, which covers temporary files, registry entries and cookies, but includes little control of startup apps, a sandbox for trialling new applications and a password manager, where you can store all your security entries. (See also: Group test: best security software of 2014.) 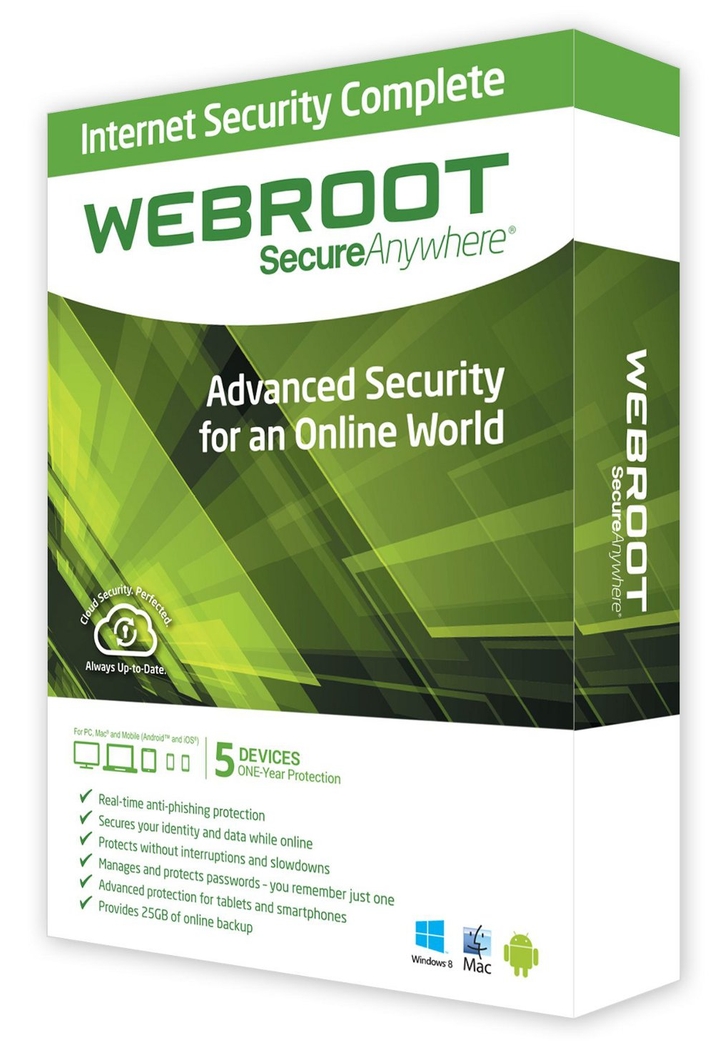 Backup and sync can be used to secure your files online and a generous 25GB of storage is provided on Webroot’s servers. This can be split as you like between the five devices in the licence, but it’s probably most efficient to configure it as a common pool and share access between them.
Files can be automatically synced

The Android app provides similar anti-virus protection and secure web browsing as on the Windows and OS X versions but, additionally, can be used to locate a device, wipe contacts, texts and other personal info and lock it down, in the event of it being stolen.

We saw some erratic test times, with the initial scan of our 50GB file basket checking 27,012 files and completing in 59 minutes 43 seconds, which gives a pretty slow 7.5 files/s. However, a repeat scan took 1 hour 10 minutes to examine 18,094 files, slower still. 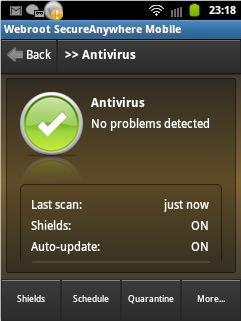 AV-Test scored Webroot 2014 at 12.5/18.0 in its most recent group test of Windows IS consumer products. This places it sixth from bottom and is a way behind the leaders. It does very well under the Performance heading, which measures host performance hit, with a full 6.0/6.0. This reflects our own results, where a 1GB file copy took only 12 percent longer to complete with a scan running in the background, than without.

The product falls off in the other two categories, however. It scored 4.0/6.0 in Usability, with a total of 27 false detections over the two months of the test. Perhaps most worrying, though, was its 2.0/6.0 under Protection, which measures its ability to protect against Malware. Although it did pretty well in detecting widespread threats, it averaged only 81 percent over two months with zero-day attacks, when many rival offerings were well into the 90s. Visit Security Advisor.