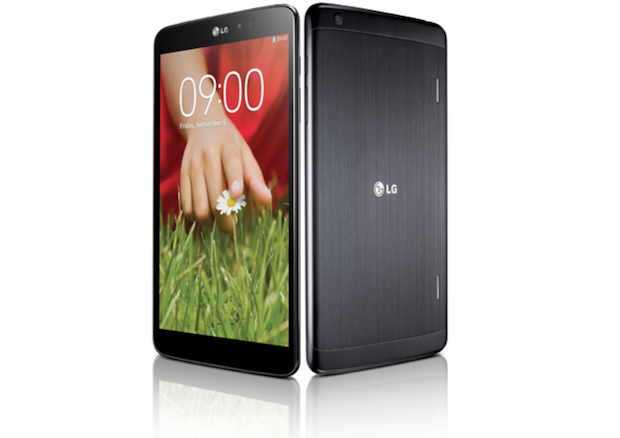 The G Pad 8.3 is undoubtedly LG’s best tablet to date and at £199 it’s a bit of a steal. A nice selection of hardware and software make this a great choice for a small tablet. However, occasionally laggy performance means the Nexus 7 might be a better choice.

LG’s latest stab at the tablet market is the G Pad 8.3 which is up against the iPad mini and  Nexus 7 among others. Here’s our full review of the LG G Pad 8.3 tablet. See also: What is the best tablet you can buy

At 8.3in, the G Pad is one of only a few tablets to buck the 10in and 7in trends. Other devices in the niche category include the Samsung Galaxy Note 8.0, Lenovo Yoga Tablet 8 and iPad mini with its 7.9in screen. However, it’s close enough to 7in to be compared with that comparatively huge market.

When we first hear about the G Pad 8.3, a price of £259 was on the cards. We thought that sounded pretty good for a premium tablet, but things are even better now we come to review the tablet properly. You can get your hands on the device for just £199 meaning it matches the Nexus 7 2013 model. That’s very good value for money when you consider the iPad mini Retina starts at £319.

The name of the G Pad 8.3 signifies not only the size of the screen but how thin it is, 8.3 mm. The tablet joins the G2 smartphone in the G Series of products and has a similar and stylish design, but doesn’t have its buttons on the back. We prefer the black model over the white alternative, but both have a predominately brushed aluminium rear cover with a plastic border at either end.

Although the tablet is designed in portrait mode, it’s no problem to spin in 90 degrees into landscape for videos and games or if you just prefer that orientation.

The G Pad 8.3 doesn’t feel like a sub-£200 tablet. Indeed, with that aluminium rear cover and nice build quality, it feels quite the opposite. The only moving part is a flap at the top which hides the microSD card slot.

Our main quibble with the design is simply that the tablet gets grubby with fingerprints quite easily, both on the glass front and the metal rear cover.

That 8.3 in screen has a Nexus 7 matching 1920 x 1200 resolution but spread over a larger surface area means it has a lower pixel density (273 ppi). Nevertheless, it looks great in its Full HD IPS splendour and despite the large screen is easy enough to hold one handed.

Performance is good but it’s certainly not flawless. The main problem we have with the G Pad in this area is the occasionally laggy loading time of the homescreen interface. It doesn’t happen all the time but sometime when you quit out of an app, your app icons and widgets can take a second or two to appear, leaving you with just the wallpaper until they arrive.

Luckily this is not a constant issue and switching between apps, web browsing and other tasks are all smooth.

Although there’s just 16 GB of internal space on offer, storage is a plus point since the G Pad has one up on its key rivals – a microSD card slot for up to 64 GB more. The Samsung Galaxy Note 8.0 is an alternative which has expandable storage.

It’s unsurprising to see dual-band Wi-Fi and Bluetooth built-in although it’s worth pointing out that the former doesn’t use the latest 11ac standard. The G Pad 8.3 also doesn’t have NFC but it has an arguably handier feature in the form of an infrared transmitter meaning you can use it as a remote control for your TV and other devices around your home – with exceptions, anything with a traditional remote control.

It’s fairly easy to setup and the QuickRemote function is a standalone app as well as getting its own section of the notification bar which can be switched on and off.

The G Pad 8.3 has 16- or 32 GB of internal space and has one up on its key rivals – a microSD card slot for up to 64 GB more. The Samsung Galaxy Note 8.0 is an alternative which has expandable storage.

The G Pad runs Android 4.2.2 Jelly Bean with a few additional features from LG. ‘KnockON’ allowing the screen to be switched on with a double tap which is super handy. ‘Slide Aside’ is a handy although slightly unnecessary alternative to the built-in Android multi-tasking. You can slide three apps off to the left with a three finger gesture and get them back with the opposite.  ‘QSlide’ allows you to load up multiple, what are effectively small apps, which can be made transparent while you work in the background.

Photography is not the G Pad’s strongest point so it’s a good job that it’s a tablet and not a smartphone. LG has gladly focused its attentions elsewhere which we agree with. There are two cameras which are reasonable but nothing overly special, 5 Mp at the rear and 1.3 Mp at the front.

The rear camera has no flash so you’ll need to have decent light to capture anything worthwhile and it shoots, by default, at 4 Mp with an aspect of ratio of 8:5. 5 Mp at 4:3 is accessible via the settings menu.

There’s plenty of added features such as shooting modes (including HDR), the ability to adjust settings manually and a feature which will take a photo if you say “cheese”. As you can see, the HDR mode improves things significantly so it’s a good job that it’s included and we recommend using it where possible. 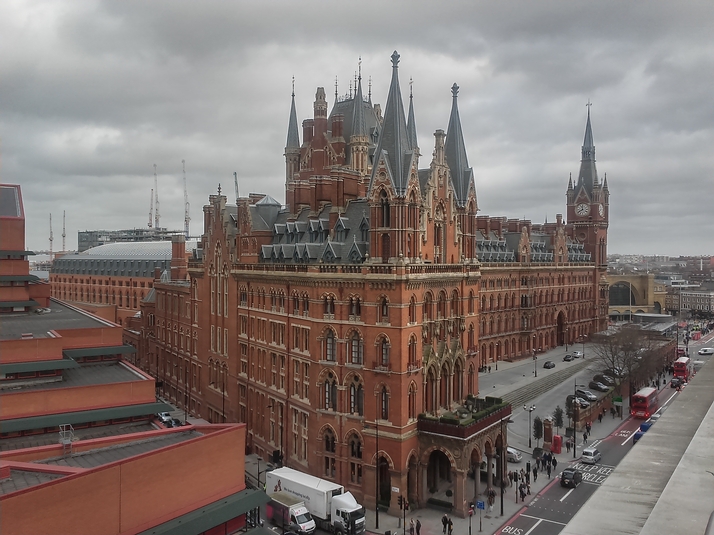 The rear camera can shoot video at up to Full HD 1080p which comes out pretty detailed and smooth (see our video test below). The front camera is limited to 720p and offers good enough quality for online video calls but there are better cameras available if this is important to you.

The G Pad runs Android 4.2.2 Jelly Bean with a few additional features from LG – an update to 4.3 is planned but no word on a date for that or when 4.4 KitKat will arrive. The interface mirrors that of the G2 smartphone but on the larger tablet sized display. It’s easily recognisable as Android but like many other manufacturers LG puts its own style on top.

Things are a bit loud but a quick wallpaper change makes a huge difference and the included widgets and apps are of a high standard. The drop down notification bar is very busy with a little too much fighting for your attention. However, it’s not as bad on a larger display compared with the G2 smartphone and some sections can be toggled on and off.

KnockON is pure genius allowing the screen to be switched on with a double tap which is super handy – it doesn’t work 100 percent of the time but easily the vast majority. The trick is to tap quickly and with both taps on the same part of the screen.

Slide Aside (above) is a handy although slightly unnecessary alternative to the built-in Android multi-tasking. You can slide three apps off to the left with a three finger gesture and get them back with the opposite. You’ll either love it or never use it.

QSlide allows you to load up multiple, what are effectively small apps, which can be made transparent while you work in the background. This has its own section in the notification bar which can be switched on and off.

An app called QPair (right) allows you to, er, pair the tablet with a smartphone and use it to manage calls and messages received on the smartphone. You can even have a fully-fledged phonecall on the G Pad itself and fling files between the two. It works using Bluetooth and will work with smartphones running Android 4.1 or later. Functionality may vary depending on your smartphone.

It’s fairly easy to setup (you may need to update the app via LG’s update centre) and you can also get social networking notifications, transfer QuickMemos and get an internet connection via the phone.

The Nexus 7 outputs impressive battery life with a 3950 mAh battery so the LG G Pad 8.3 looks set to improve on this with its non-removable 4600 mAh battery. In our experience, the G Pad holds its charge very well but the GFXBench 3.0 battery test suggests the device will only last around fours of video playback before conking out.

However, in our test which involves looping a locally stored HD video, the G Pad 8.3 lasted eight and a half hours. That’s a strong result which is only a few minutes short of the 2013 Nexus 7.

The only power saving software built-in is a fairly standard battery saver which will switch off certain functions such as Wi-Fi and dim the screen once the battery level drops below a certain level. As standard this is set to 30 percent but you can adjust it yourself – immediately, 10 percent, 20 percent and 50 percent are also available options.