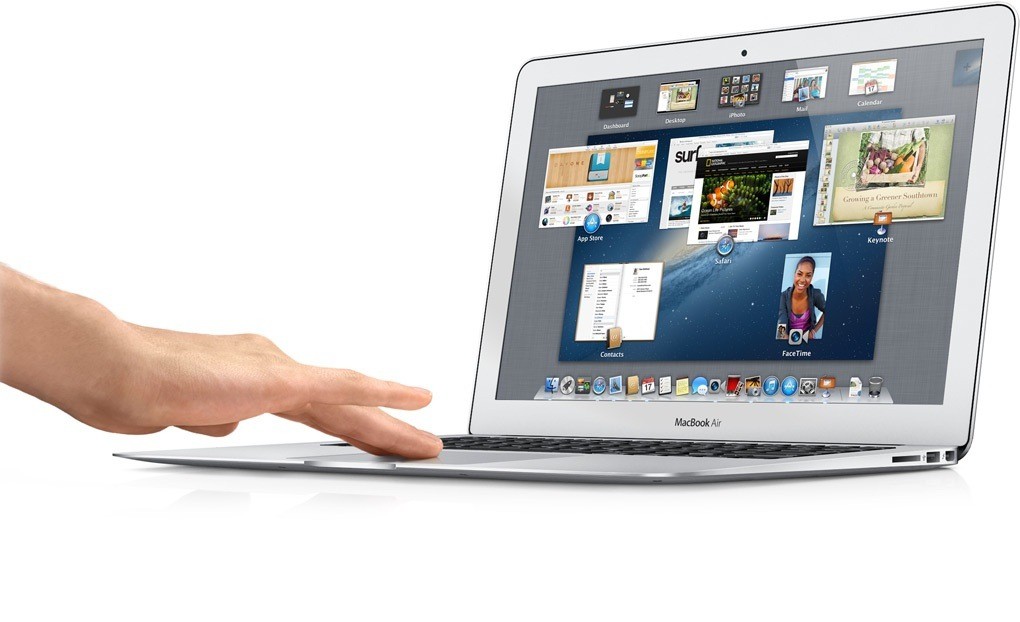 The Apple MacBook Air (Early 2014) really does provide all-day battery life. For that alone, it fully deserves to be top of the list for anyone looking for a workaday laptop, one that can reduce one of modern life’s stresses: that of wondering whether your computer will still be functional just when you need it. It’s about as fast as the previous model, and seals the deal with future-proofed fast Wi-Fi and a lower price than last year’s model. It’s an outstanding ultraportable among a mass of me-too ultrabook mediocrity.

Apple hit two notable ‘firsts’ with the 2013 incarnation of the iconoclastic MacBook Air. It packed several game-changing revisions. Not only was it the first mainstream laptop you could buy with an Intel Haswell processor, it was also the first production laptop supporting the new ‘three-times-faster’ 802.11ac Wi-Fi draft standard.

The use of a low-power Intel Core i5 processor (in both 2013 and 2014 models) means that the MacBook Air lasts longer than ever before – and quite possibly by a significant margin: Apple’s figures, based on wireless web browsing, spell out a total runtime that has been stretched from an already handy seven hours, all the way to 12 hours for the 13-inch Air (9 for the 11-inch model).

Externally there’s nothing different in the 2014 MacBook Air models from the Mid-2013 MacBook Air laptops, and even little to differentiate it from the last refresh before that. Indeed there’s little cosmetically to separate it from the previous two generations, since the notebook’s main design revamp in 2010.

The Apple MacBook Air (Early 2014) sports the same supreme all-metal build quality that we’ve yet to see surpassed in other brands’ laptops, styled with a wedged taper from rear to front edge.

Despite Apple’s reputation for assembling premium products at premium prices, we’ve not seen any Microsoft hardware partner match the features, build and attention to detail, either at the same price or higher.

One small visible change for the new MacBook Air – from 2013 – is an extra pinhole on the left flank, marking an additional, second microphone. This trusted tech trickled down from the Retina MacBooks, adding noise cancellation to improve voice clarity in FaceTime and Skype calls.

Where once was a 1.3GHz Core i5 dual-core chip, there’s now slightly faster 1.4GHz processor. You can upgrade the processor in both models of the 13in MacBook Air to a 1.7GHz Dual-Core Intel Core i7 for £130.

Everything else about new MacBook Air is the same as last year’s model: 4GB of DDR3 memory, Intel HD 5000 integrated graphics, and either 128GB or 256GB of PCIe-connected flash storage.

Aside from the Intel Atom, the bargain-bin Pentiums and some AMD chips, every processor we test these days is quite capable of decent speed running OS X or Windows and the applications therein, certainly swift enough for most daily needs.

The real ongoing battle today is device battery life. Long and reliable runtime is crucial now that people are familiar with Apple smartphones and tablets that last for days of active use. Why can’t a notebook PC do this too? Have we finally arrived in a brave new world where a laptop can match the life on an iPad?

For this review we’re using the Speedmark 9 test results from our colleagues at Macworld Labs. You can see full details here.

It’s highly likely that such small speed differences depend on which components each machine is built with. In this case our test machine may be built with different storage parts than what you might buy from Apple – Apple uses drives from either Samsung, Toshiba or SanDisk. You don’t get to choose which make of storage you get when you buy your Mac. It’s all down to luck of the draw. The difference will be minimal, as we suggest here, and with luck yours will have one of the faster drives in.

The MacBook Air is loved for its lightweight design. If you need more power try the MacBook Pro. The 2.4GHz MacBook Pro is 22% faster than the fastest Air, according to these tests.

Memory for this generation and the last is 4GB as standard, configurable to order to 8GB, and this is low-power LPDDR3 SDRAM running at 1,600MHz.

Apple took several strategies to help eke out more runtime with the Apple MacBook Air (Mid-2013) 13.3in laptop that we see remain in the 2014 models.

The key factor was almost certainly the shift in Intel processor from third-generation Ivy Bridge to fourth-generation Haswell.

But unplugged operation was also helped by a slightly larger battery, up 10% in capacity from 49Wh to 54Wh, and perhaps the use of low-power memory too.

The Macworld Lab battery tests showed that the 2014 MacBook Air maintained its superior battery life. We looped a movie file in iTunes at 200 CD/m2 brightness, with Wi-Fi off and the keyboard dimmed.

Allowing for times when you may be working the machine harder than the MS office and Adobe apps that comprise this test, even an eight-hour stretch between charges means you can yet charge your laptop for the morning, take to work and comfortably last the day without dependence on a mains charger.

The first wireless routers with the upcoming standard of 802.11ac first appeared late 2012, yet whenever we looked for 11ac-capable laptops, all we saw was tumbleweed. Apple finally broke ranks and included an 802.11ac wireless chipset in the 2013 MacBook Air.

The Broadcom BCM4360 is a three-stream capable wireless processor, although Apple appears to only fit the MacBook Air with two Wi-Fi antennae (hidden in the screen hinge). This means the fastest wireless sync speed you’ll see is 867Mb/s, and real-world throughput will always be much lower than this, even in ideal conditions – maybe around 500Mb/s.