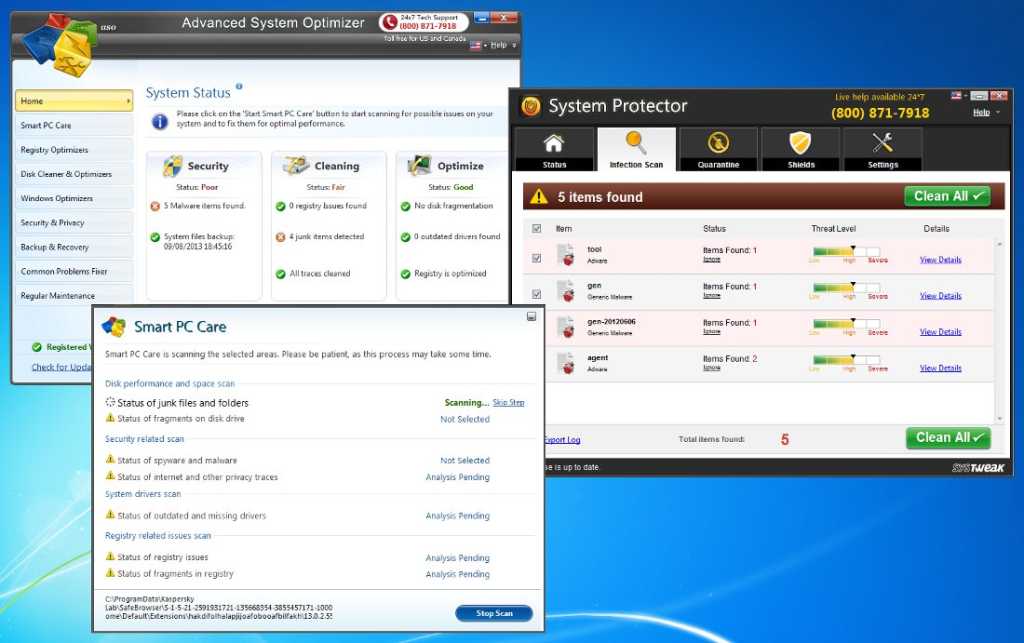 There are a lot of software applications which aim to keep a PC in trim, by assisting with housekeeping tasks and often offering protection and back-up, too. Systweak’s Advanced System Optimizer 3 (ASO 3) has more parts to it than most and the main control panel offers eight areas of expertise.

Registry Optimizers optimises and cleans the Windows Registry. Disk Cleaner and Optimizers offers a System Cleaner and a start-up optimiser, and Windows Optimizers handles driver updates and sets a PC up for game playing.

Security & Privacy covers protection against AV and malware, controls browser security, and provides file shredding and encryption. A quick malware scan took under half a minute, but a deep scan was slow, taking well over an hour.

Under Backup & Recovery, there’s both file backup and, unusually, system backup, as well as an undeleter which can handle recovery from deleted partitions, as well as accidentally deleted files.

File backup is simple to set up, and you can compress the resulting file into one big 7zip archive.

Backup categories such as Documents or Pictures can be used, but you can also select individual files and folders. A simple scheduler is provided, enabling you to automate one or more backup jobs in a set-and-forget manner. You can’t schedule backups more frequently than once a day, though.

On top of all of these tools sits Smart PC Care, which runs most of the obvious protection scans automatically, to give a rundown of the state of a machine. This is the part you can run for free from the Systweak site.

The problem with the free scan/paid remedy paradigm is that software providers try and play up the problems their software has found. For example, most regular PC users wouldn’t consider a tracking cookie much of a threat, though the less-informed might not know what they are and worry unnecessarily when they’re flagged.

ASO 3 does flag tracking cookies, but doesn’t make a big deal of them, just removing them if you tell it. It spots a lot of other things, though, such as adware and spyware, which are worth knowing about and in our tests was above average in deleting or quarantining what it spotted.

We ran the suite’s AV scan on the same 50 GB of files we use when evaluating purpose-made Internet Security suites and it took 2 mins 2 sec to scan 8761 files, giving a scan rate of 71.8 files/sec. A repeat scan looked at the same number of files in the same time, so there’s no noticeable fingerprinting of files. The number of files scanned is at the lower end of those suites we’ve tested, but very similar to dedicated applications from companies like McAfee, Sophos and ZoneAlarm.

Running a scan while copying a 1 GB file took 55 sec; with no scan the same copy took 41 sec, so only a 34 percent increase, which shows a light resource load. In use, ASO 3 is straightforward in layout, with well-structured menus and pop-up dialogs offering three or four options.