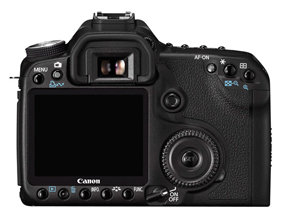 The new Canon EOS 50D is a superbly versatile piece of kit. If you’re an existing Canon owner in search of a rugged APS-C format camera, there’s no need to look any further. But, if you’re in the market for a new system, it’s not quite as convincing as it could have been.

Boasting a 50 percent increase in pixel count, the Canon EOS 50D is an update to the hugely capable but underrated 10Mp Canon EOS 40D digital SLR.

As well as the increase in resolution, the Canon EOS 50D boasts 14-bit colour, sensitivity up to ISO 12800, a new 300dpi three-inch LCD and UDMA support for bursts up to 6.3fps.

In many other respects, the Canon EOS 50D is a timely upgrade: Canon has added contrast-detection AF with face detection to Live View, built-in peripheral illumination correction for in-camera JPEGs (Raw files are tagged for the bundled DPP utility) and pro-level AF micro-adjustment.

Also appealing is the increased weatherproofing, and the new Quick Select menu option that apes Sony and Olympus offerings. This last option greatly improves the Canon EOS 50D’s handling by selecting features from the rear data-panel using the mini-joystick and fore and aft command dials.

Like the EOS 40D, which remains in the range for the time being, the Canon EOS 50D has excellent ergonomics, and a build quality not unlike the maker’s pro-level digital SLRs.

Visit Photo Advisor for the latest reviews of digital photography and video hardware and software, cameras and accessories. PLUS: get tips and tricks to improve your photos

The Canon EOS 50D has a sizeable viewfinder too, but it still lacks the on-demand grid, like that of rival Nikon’s. We were also surprised to see the maker has not significantly updated the nine-point AF system. While it performed quickly and accurately in our tests, it lacks the coverage of the Nikon D300’s excellent 51-point AF system.

The new 3in LCD easily impresses with its generous viewing angles, excellent resolution (920,000-pixels) and very effective anti-reflection coating. The flipside is that the Canon EOS 50D’s screen smears easily and is difficult to clean.

Our sample model Canon EOS 50D arrived with the EF-S 17-85mm f/4-5.6 IS lens, a handy 27-135mm equivalent mid-range zoom with optical image stabilization and super-fast auto-focus. Together they make an excellent combination and compete well with rivals boasting in-camera anti-shake systems, but you’ll have to budget more for other lenses with IS.

We’re not overly enamoured with most Live View systems, except when they’re used for highly precise focus. However, the Canon EOS 50D’s contrast-detection AF is reasonably fast in operation, and the face-detection option may be useful in certain situations, for example in high-contrast scenes.

Boasting a 50 percent increase in pixel count, the Canon EOS 50D is an update to the hugely capable but underrated 10Mp Canon EOS 40D digital SLR.

Picture quality is good overall, but the Canon EOS 50D can’t match the superb low noise of the slightly lower-resolution D300 – or for that matter the less pricey D90. We found the distracting speckled noise in shadow areas at low ISOs in Raw files, along with a rather restricted dynamic range.

High ISO performance rapidly tails off above ISO 1600, in terms of both detail and noise, though ISO 3200 is usable at a pinch. Exposure accuracy was generally good, though the optional Auto Lighting Optimiser (ALO) can make the outcome of mainly underexposed scenes difficult to predict. We noticed overexposed images, for example, with the Canon EOS 50D’s ALO option set to Strong.

Visit Photo Advisor for the latest reviews of digital photography and video hardware and software, cameras and accessories. PLUS: get tips and tricks to improve your photos