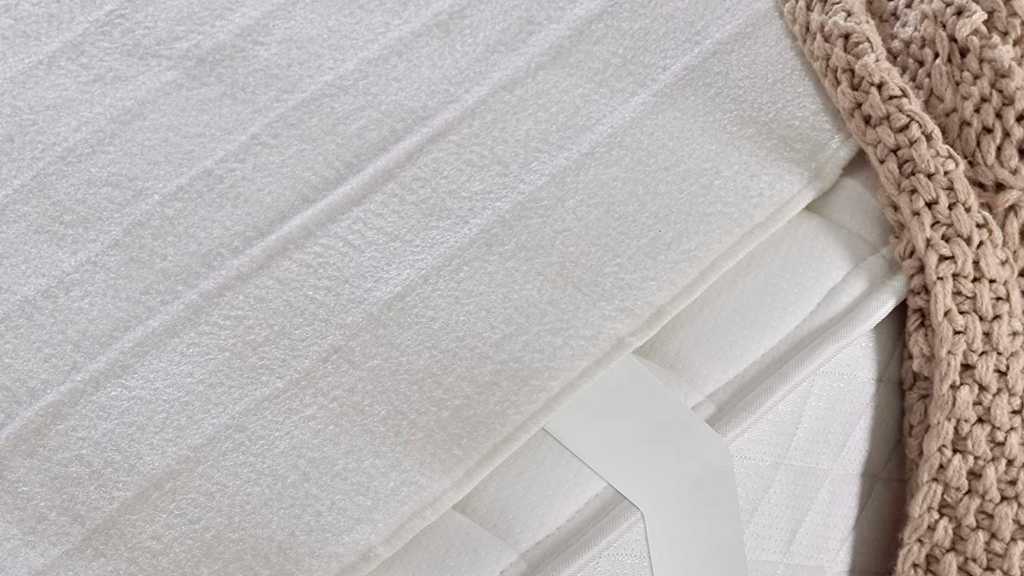 Image: Silentnight
At a glance

The Silentnight Comfort Control is a simple and easy to use electric blanket, but it is sized too small and one person may have to sleep on or near a bulky plastic connector.

I thought electric blankets were all heated quilts that you wrapped yourself in or pulled on top of yourself like a duvet, but most of them are actually thin heated sheets you place permanently underneath the fitted sheet on your bed.

If you’re interested in a heated blanket that’ll cover you on the sofa or in bed, have a look at our review of the Glamhaus heated throw.

I’ve been testing the king size Silentnight Comfort Control electric blanket during a cold snap in the UK and have been grateful for what it provides – a quick way to heat up your bed before you hop in, at a relatively low cost compared to central heating or plug-in heaters.

This blanket is a good, simple option but it’s not without its flaws, which I would not have expected considering its price of £55.

The Comfort Control has a similar design to most under-sheet electric blankets. It’s a simple fleecy blanket made of polyester that you attach to the top of your mattress or mattress comforter with elastic straps.

It’s very easy to put on, but I immediately found the king size blanket is not actually king size. It measures ‎165 x 137cm, while a standard king mattress in the UK is 200 x 150cm.

According to Silentnight’s images, the blanket should be positioned at the foot of the bed, leaving a gap from roughly your shoulders up to the top of your pillow where it doesn’t reach.

This creates two problems. The first is the top of the bed does not get warm! I felt the chill of the bed in the winter much more keenly and would rather my top half be warm when I got in after having the blanket on – but if I moved the blanket up it meant the bed was cold where my feet lie, as the blanket doesn’t reach that far.

My shorter wife did not have the same issue.

Silentnight also makes the blanket in single, double, and super king sizes. The latter is the same width as the king at 165cm and is only 10cm longer at 147cm. Why aren’t any of the blankets the same size as the mattress?

I have used other electric blankets that cover most of the mattress and found them much more satisfying. I found with this too-small sizing that the blanket also tended to bunch up or skew sideways after a few nights.

The other issue with the Silentnight is the positioning of the connector. The blanket has coiled wire inside that heats up when you switch it on, so it needs a cable connected to the mains to plug in somewhere.

That connector necessarily sits on the left hand side of the bed as you look at it from the foot of the bed. It needs to be there so you can access the hanging three-level heat controller when lying down.

This happens to be my side of the bed. Because of the size of the blanket, the connector sits precisely where I lie, and I often rolled onto it painfully in the night. This is a flawed design.

Other electric blankets exist with two separate sides so each person in a larger bed can control their temperature. The Comfort Control has just one control, so if you share a bed you’ll have to agree whether you want it set to one, two, or three.

I found level one too low for the coldest nights. Generally, setting it on level two for an hour before bedtime got the sheets nice and warm without being uncomfortable. Level three is noticeably toasty, but a good setting to quickly warm the bed should you forget or be particularly cold.

This is a simple electric blanket and doesn’t have any ‘smart’ features or technology that can adjust the temperature in any way. It’s either on or off, though Silentnight says it has ‘overheat protection’.

You can also machine wash the blanket after removing the connector.

How much does it cost to run?

Electric blankets are a cost effective way to heat your bed. The king size Silentnight Comfort Control can heat at up to 90 watts on the level three setting, which works out at about 3p per hour of use at the time of writing in January 2023.

This is considerably cheaper than running central heating or an electric plug-in heater.

The Silentnight Comfort Control is an entry level electric blanket with the most basic of features: three levels of heat.

The king size blanket I tested costs £55 direct from Silentnight or Amazon UK. It’s also available in single, double, and super king sizes from those retailers.

It’s not available in the US.

The Silentnight Comfort Control electric blanket is a simple and relatively affordable electric blanket that could save you considerably on electricity or heating bills, costing about 3p per hour to use at the highest setting.

It’s almost too simple given there’s only one control for the whole bed, whereas other electric blankets are divided into two for you and a partner to control separately should you want different temperatures.

The blanket is also smaller than the mattress size it corresponds to, so you may want to size up, and the cable connector in the top left corner sits uncomfortably close to where one person lies.

Despite these downsides, this is still a competent and efficient electric blanket that heats up quickly and has an overheating safety feature.

For another buying option, have a look at our review of the Cosi Home electric blanket.