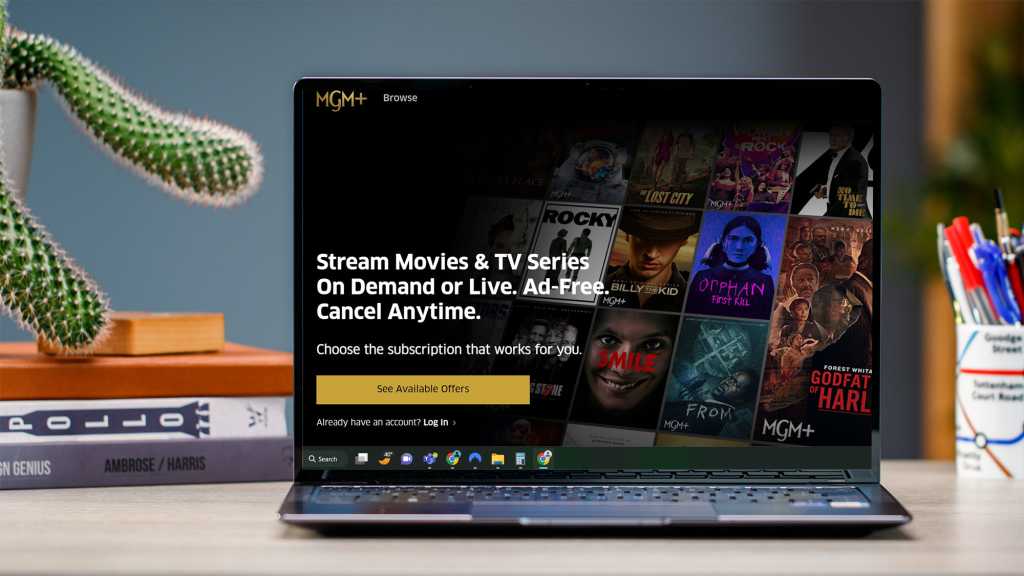 MGM+ is the rebranded version of Epix, MGM’s streaming service with a range of blockbusters such as No Time to Die, Top Gun: Maverick and The Magnificent Seven, as well as TV series such as Godfather of Harlem and From.

The standalone streaming service is currently exclusive to the US. However, there are multiple ways to watch MGM content in the UK and other countries abroad. Here is everything you need to know – we also have similar guides for The Criterion Channel and CWTV.

How to watch MGM through Amazon Prime Video Channels

The easiest way to watch MGM content from the UK and abroad is via Amazon Prime Video. If you time it right, you won’t have to pay a penny for a subscription.

MGM is currently one of the services available via Amazon Prime Video Channels. These are premium add-ons that subscribers to Prime Video can get for an extra cost – though most of them offer a free trial.

You can either sign up for Prime Video as a standalone subscription for £5.99 per month or get a full Amazon Prime account for £8.99 per month. This will give you other benefits such as next-day delivery, e-books, access to flash sales, music streaming and more.

MGM costs an additional £4.49 per month, but new users get a seven-day free trial. Add that on top of the Prime 30-day free trial, and you should be able to sign up without paying a penny, providing you cancel before the trials expire.

However, it is worth noting that not every single show and movie that is available on MGM+ is available through Amazon internationally. If what you want to watch isn’t on here, then there is another method you can try.

How to sign up for MGM+ outside of the US

We have managed to sign up for the standalone streaming platform MGM+ from outside the US by using a VPN.

Using a VPN allows you to connect to a server that makes you appear as if you’re based in another country. This means that you can access sites that are geo-blocked in other countries, such as MGM+.

There are several VPNs to choose from, but we used NordVPN to sign up for an account and encountered no issues. This is usually our number one VPN of choice due to its reliable performance, number of servers and competitive pricing. You can see other VPN options in our chart of the best VPNs for streaming.

MGM+ costs either $5.99 per month or $49.99 per year, but new users can get a seven-day free trial on the monthly plan, so you will only pay for the VPN (if you don’t already have one), as well as a $1 confirmation cost when you create your account.

Here is how you can sign up for MGM+ with the help of a VPN:

Open VPN and connect to a server

Using a VPN to stream from another country is against MGM+’s terms of service, so the platform could in theory cancel your account.

If using a VPN seems like a hassle, then its worth checking out what UK based streaming services already offer content that is on the platform.