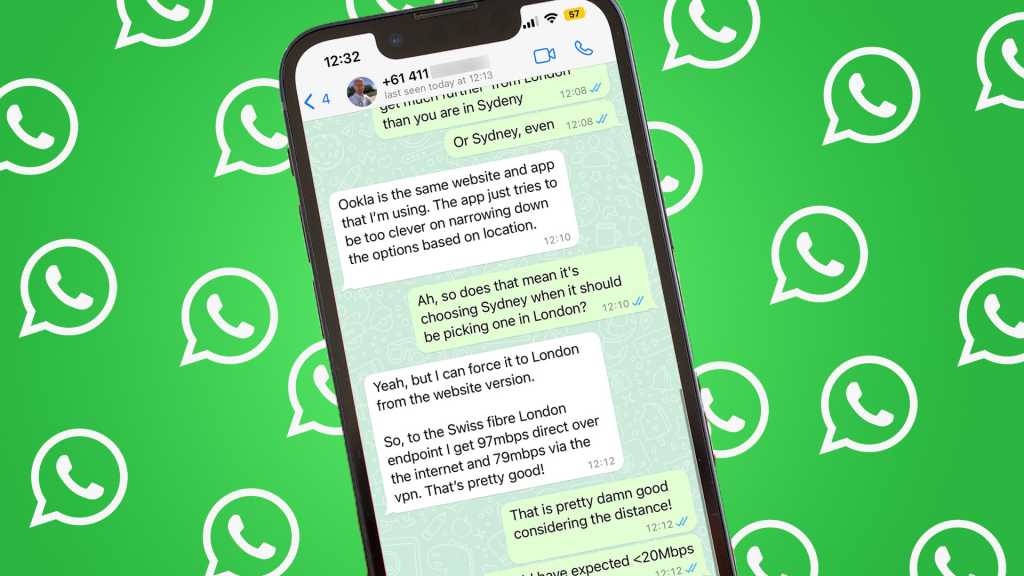 For many people, WhatsApp is the only messaging app they need to use. And over the past year or two, it has gained a whole load of new features and improvements that make it even better.

From genuinely useful additions such as the ability to leave groups quietly to fun ones like WhatsApp avatars, there has been a trickle of regular updates.

Although WhatsApp doesn’t generally announce new features in advance, it does run a beta program on Android and iOS. This means anyone who signs up to be on them will see those new features first.

Here are five new features, being developed or tested which are either available already or should appear at some point soon for all WhatsApp users.

This is a feature that will come to iPhone first, as it takes advantage of the capability built into iOS 16, which app developers can also use. It means you’ll be able to select, copy and paste text from images just like you can in the iPhone’s Photos app, so long as you have iOS 16 or later.

2. Add a message or caption when forwarding a photo or video

One frustrating limitation in WhatsApp is that you can’t add a message when you forward a photo or video from one chat to another. Instead, you have to go to the chat where you’ve forwarded it, and type a message there. In development right now is an update which will forward both the message and media together, although you’ll have to the choice to remove the caption if you want to.

Right now, Android users have to use Google Drive to back up their chat history and move it to a new Android phone. But at some point soon it will be possible to do so “privately” without using Drive (which doesn’t have end-to-end encryption. It’s unclear exactly how it will work, but only that “Certain device permissions are needed to connect to your new device” and  that you’ll need to scan a QR code on the new phone using your old one.

In our experience, not many people use the Status part of WhatsApp, but it is one of the main tabs. Right now, you can use text, GIFs, photos and videos to provide updates on your ‘status’ which your contacts can see for 24 hours. But some Android beta testers are discovering a new option: the ability to record a short voice note as a status update.

But it looks like an update is on the way which will add this option.

5. Connect via a proxy

This one will be useful if you need to use WhatsApp in a country where its government tries to block its use (such as Iran). WhatsApp has posted on its blog about this new feature, which is already available to everyone with the latest version of the app, and you can find out how to use it.