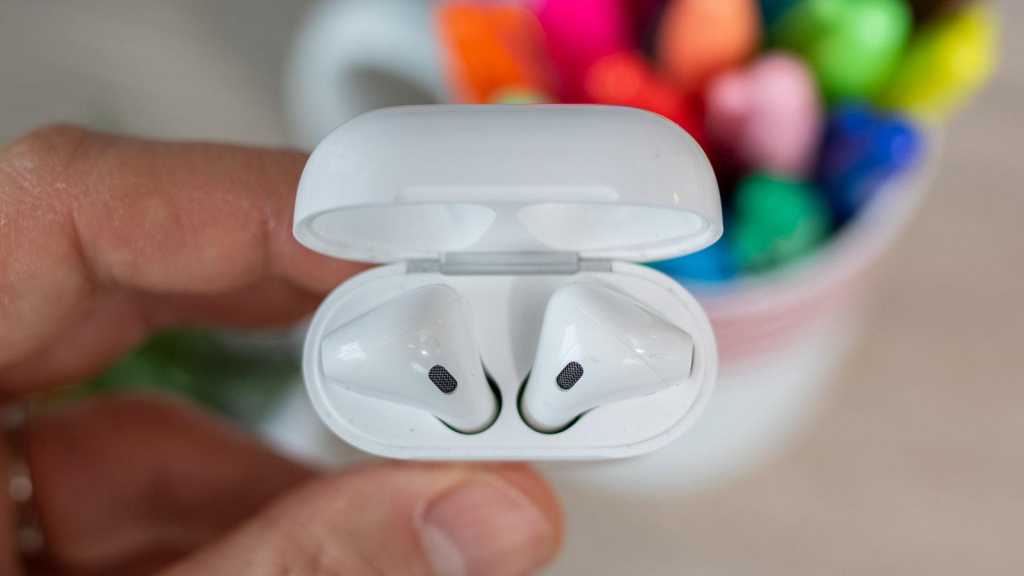 Rumours are swirling around suggesting Apple is working on a pair of cheap $99 AirPods which the internet has unceremoniously dubbed ‘AirPods Lite’.

The news comes from analyst Ming-Chi Kuo who, for what it’s worth, is usually quite accurate with his Apple-related predictions. In recent months, the analyst has correctly predicted the inclusion of 5G on the new iPhone SE, the introduction of a new 48Mp sensor on the iPhone 14 range and that Apple would continue to sell the second-gen AirPods following the release of the third-gen buds.

Admittedly Kuo doesn’t have a perfect track record with 72.5% accuracy on AppleTrack, but while it’s still worth taking his claims with a pinch of salt, he usually provides a good idea of what Apple has planned.

However, it seems that several online publications have got the wrong end of the stick when it comes to Kuo’s claims of budget-friendly AirPods, and I don’t think new cheap AirPods are on the cards anytime soon. Let me explain.

The biggest argument against new $99 AirPods is that Apple currently sells the second-gen AirPods at a discounted $129/£139 compared to the newer, more expensive third-gen AirPods that start at $169/£179.

It’s a smart move for Apple, allowing the company to attract existing AirPods owners with an upgrade while still offering a tempting affordable option in the form of the second-gen buds.

The one thing I simply can’t understand is why Apple would go through all the effort of retooling and implementing a new manufacturing process for a new cheap pair of AirPods when it already has a proven system for producing the second-gen AirPods, which have continued to be manufactured since the release of the newer in-ear buds and only cost $30 more than the rumoured new model.

While it might seem like a fairly simple process to the average consumer, taking a new product to mass production takes a lot of time and, importantly, money.

Would Apple really go through all this for a pair of sub-$100 earbuds when it’s clear that Apple isn’t a budget-friendly company, or would it instead drop the price of the second-gen buds to make them more attractive? I’m leaning towards the latter.

The second issue I have is with the AirPods Lite branding that has been thrown around. It’s not the first time we’ve seen a rumoured ‘lite’ model of AirPods either – there were rumours swirling about AirPods Pro Lite a couple of years ago that, as I predicted at the time, turned out to be the redesigned third-gen AirPods.

In fact, in the entire history of Apple, there has never been a product with the Lite moniker. Instead, it’s a distinctly Android branding used to highlight cheaper variants of smartphones and other tech, including the Xiaomi 12 Lite and Oppo Find X5 Lite.

Just as the internet got the AirPods Pro Lite branding (that turned out to be the new-design AirPods 3), I’m almost certain that it’s the case with the rumoured cheap AirPods.

Even if Apple does release an entirely new line-up of AirPods at a cheap price point, I can almost guarantee that they won’t boast the Lite moniker. If they do, I’ll actually shave my head.

What’s most important – and most obvious if you actually read Kuo’s tweets on the subject – is that he doesn’t explicitly state that new cheap AirPods are in the works, but rather that he expects “more affordable AirPods” to coincide with the launch of next-gen AirPods and new AirPods Max.

You might assume this is just poor wording, but it’s worth pointing out that he does explicitly say that new AirPods Max are also on the way in the same tweet. If both are totally new, why not just say so?

The lack of explicit confirmation of new cheap AirPods seems to suggest that Apple will instead use an existing design or, more likely, an existing product, and at only $30 more, the second-gen AirPods seem the perfect candidates.

When are the cheaper AirPods expected?

Regardless of whether Apple simply drops the price of the second-gen AirPods or it goes down the route of announcing an entirely new line of cheap AirPods, Kuo claims that the company is planning to announce the cheaper AirPods alongside the release of new next-gen buds sometime in the second half of 2024 or first half of 2025, so we’ve still got quite a while to wait.

Are you excited about the possibility of Apple producing new budget-friendly AirPods or, like me, do you believe that the budget AirPods will simply be second-gen AirPods with a discount? Let us know on Twitter.