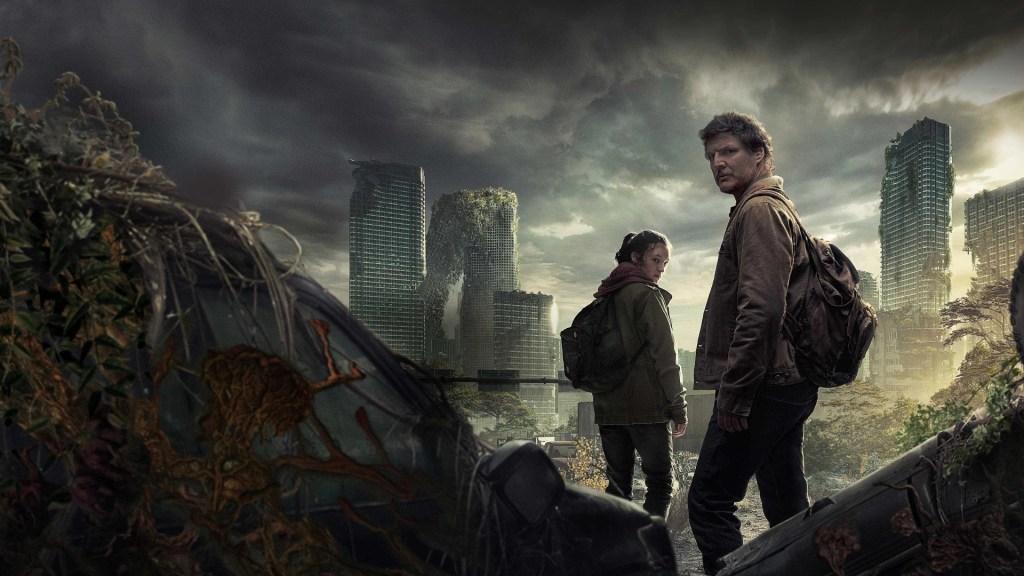 HBO’s new adaptation of video game The Last of Us is almost slavishly loyal to its source material at times.

That may well sound like music to gamers’ ears, but anyone who’s seen Zack Snyder’s immaculately reconstructed Watchmen adaptation will know that hewing too closely to an original source carries its own risks.

Fortunately the new show – co-created by Chernobyl’s Craig Mazin and the game’s own creator Neil Druckmann – has been assembled with enough care to straddle the line, re-creating some of the PlayStation classic’s best moments with painstaking precision, while still finding the space to go its own way when needed.

I’ve only seen the 90-minute premiere of The Last of Us, which debuts on HBO this Sunday, 15 January, and on Sky in the UK a day later.

The adaptation’s opening moments are its biggest deviation from the source: a ‘60s talk show on the risk of viral contagion, with a knowing nod to the risk of an airborne, flu-like pandemic quickly overshadowed by the apparently greater danger of a fungal outbreak for which we would have no defences.

From there we jump to Pedro Pascal’s Joel and his daughter Sarah (an excellent Nico Parker), unknowingly living their last normal day before an emergence of a mutated form of the cordyceps fungus transforms the bulk of the population into what are, fundamentally, zombies – even if the game and show keep a careful distance from the word.

One perk of moving from a game to TV is that there’s no rush to give the player something to do, which means the show luxuriates a little longer in this quiet family life, tweaking the details and setting the stakes while adding emotional weight to the moment when it inevitably falls apart (no spoilers here, don’t worry).

Once the tipping point is reached though, anyone who’s played the PS3 (and then PS4, and then PS5) hit will recognise exactly what’s coming. Whole scenes are lifted shot-for-shot from the game, from a burning farmhouse seen across the highway to a panicked dash through a diner, with an entire 15-minute stretch of the show playing out beat-for-beat as it does in the game.

As someone who’s played The Last of Us, and recently revisited the game for its PS5 remaster, it’s an uncanny experience to watch something that feels about as close as it could to a live-action recreation of the cut scenes – I have no doubt that by week’s end there’ll be countless YouTube videos breaking the two down side by side to pick out the at times tiny alterations.

In interviews ahead of the show’s launch, Mazin and Druckmann have both spoken about the challenges of adaptation. They’ve been open about the need to make a few large shifts, perhaps most notably making it so that the fungal infection spreads through unsettlingly quivering tendrils rather than airborne spores – the localised aerosol areas make sense as a game mechanic, but don’t pass muster in a post-Covid world where we know how quickly those particles would spread absolutely everywhere.

“Neil [Druckmann] would always say, ‘We can change anything, but we need to talk about why. And if there’s not a good reason – if we can’t do better – let’s deliver what we have,'” Mazin told GameSpot.

“And there are places where I thought we came up with really interesting ideas. Sometimes I would call him, and I would be like, ‘I’m scared to say this idea,’ and every now and then he would say nothing for a bit, and then he would say, ‘Aw, you know what? We should have done that in the game.’

“The big secret is, Neil Druckmann was so confident and secure in the story of the game that he was then able to be flexible with me to go wander and fill in and change and alter.”

If there’s a fault to the show’s approach so far, it’s that within individual set pieces and moments, those who played the game may find themselves a little too comfortable in their knowledge of what’s up ahead – though I have no doubt the showrunners will have built in a few surprises along the way to disrupt the familiar rhythms.

The two have also drawn criticism for comments about the ways in which the show can benefit from the jump away from gaming and into a less interactive medium.

“When you’re playing a section, you’re killing people, and when you die you get sent back to the checkpoint. All those people are back, moving around in the same way,” Mazin told The New Yorker in December. “Watching a person die, I think, ought to be much different than watching pixels die.”

Games journalists and fans bristled on Twitter at what they saw as a dismissive view of the medium that brought The Last of Us to life in the first place, but you only have to return to reviews of the original and its sequel (including my own) to see the same view pop up repeatedly.

The games’ tragic tale of survival, their explorations of revenge and grief, are somewhat undone by the fact that you also slaughter the equivalent of the population of a minor metropolitan area by the time the credits roll.

One episode in, you can see the show tweaking the formula already. An early section in which an older Joel and his partner Tess (Anna Torv) pursue a local gangster who stiffed them on a deal is turned into a killing spree by the game, as you take down a whole operation in a string of firefights. In the show it’s more quietly resolved, and the audience never sees a single bullet fly.

The Last of Us runs for nine episodes in its first season – and beyond that, who knows – which means there’s a long way, and a lot of game, to go. But based on what I’ve seen so far, people may well be right to crown this the best videogame adaptation yet – not just because of its quality in and of itself, but because of how carefully it’s handled the art of adaptation, knowing what to change and what not to, leaving the sacrosanct untouched while tweaking what safely can be.

The biggest test is yet to come. The original game doesn’t often play with its own interactivity, but in the moments it does – especially its final ones – the impact is profound. How the show approaches those questions of control and choice remains to be seen, but the first episode should earn even the biggest sceptics’ trust.