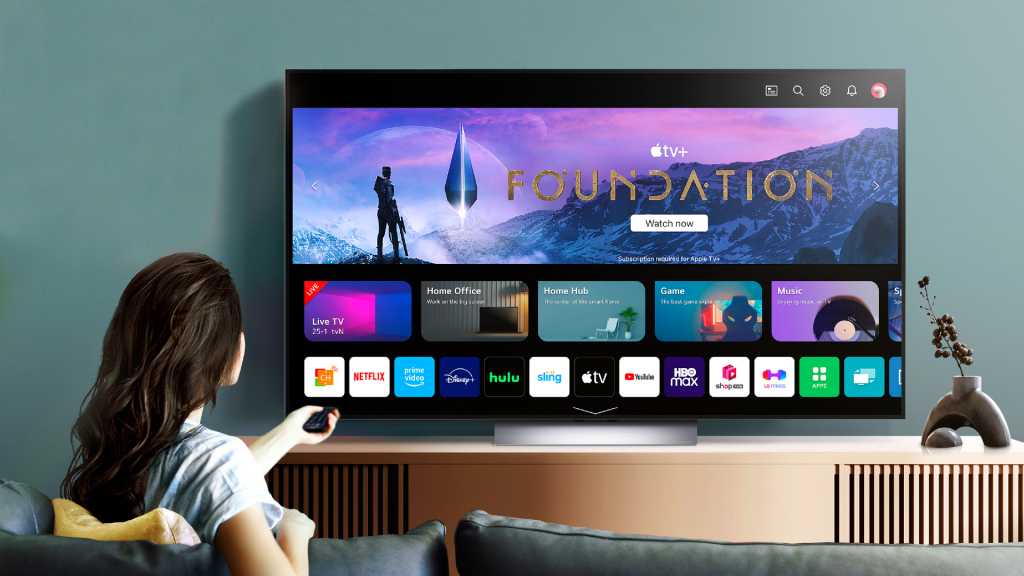 The LG 2023 OLED TVs are kitted out with the new α9 AI Processor Gen6, which LG claims will improve both the sound and picture quality. AI Picture Pro results in better upscaling, improved tone mapping and refines the HDR quality of objects – including faces.

The G Series features a per-pixel Brightness Booster Max, which the company says delivers up to 70 percent more brightness than previous models. Tech Going reported than an LG spokesperson stated that the TVs have a total max brightness of 1,800 nits. We don’t know the exact figure, but Samsung has claimed a higher number for its 2023 range of QD-OLED TVs.

However, LG’s OLED TVs have one big advantage over Samsung’s: support for Dolby Vision. The new G Series TVs also include what LG is dubbing as a ‘One Wall Design’, which means that there should be no gap between the TV and wall, when wall-mounted.

On the software side, all models will run on the latest version of webOS, which comes with a more personalised UI. Users can access ‘Quick Cards’ to access the apps and content that they view the most. These are all sorted into genre categories which include Home Office, Gaming, Music, and Sports.

This year’s TVs will also include integration with LG soundbars, with IMAX enhanced sound, powered by DTS:X. A future software update will also add support for WOW Orchestra, which creates an “expanded soundstage with improved height, depth, and power”, according to LG.

If you’d prefer to just use the TVs built-in speakers, then LG’s AI Sound Pro can allegedly deliver virtual 9.1.2 surround sound. Support for Dolby Atmos is also included as well.

LG has not yet revealed the prices or on-sale dates for any of these models, but we may hear more as CES unfolds. You can read up on further CES announcements from the likes of Intel, and make sure to stay tuned to Tech Advisor for all the latest tech news from the trade show.