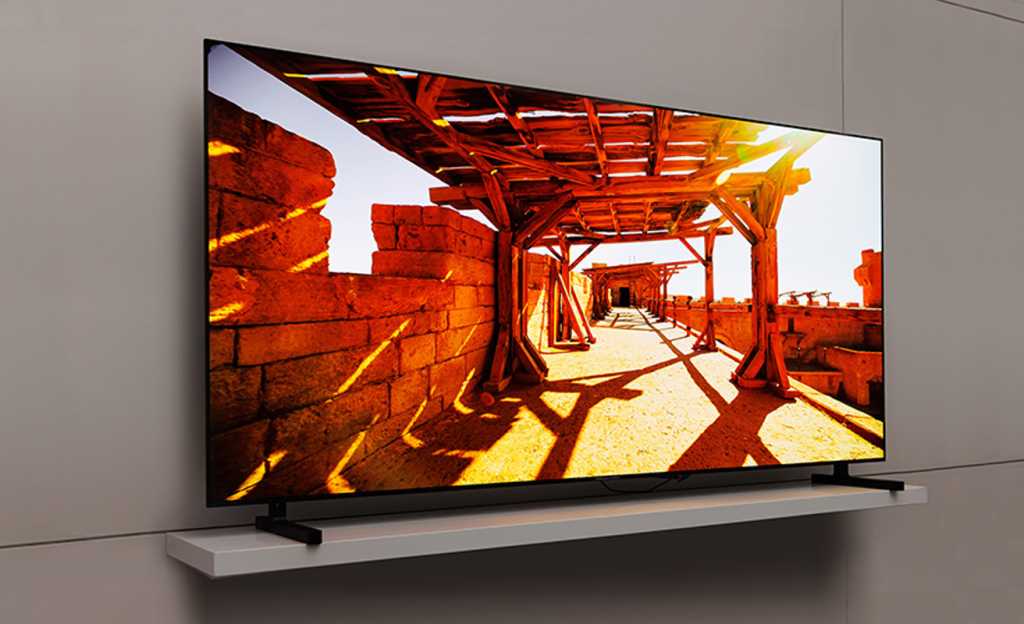 Samsung has kicked off 2023 by unveiling a new range of QD-OLED TVs at CES, which the company claims is the brightest so far.

Announced by Samsung Display, the range now includes a brand new 77in screen size, the largest panel produced thus far for its Quantum Dot OLED TVs. It is joined by 55in and 65in options, the same panels seen on the 2022 QD-OLED S95B TVs.

The South Korean tech giant says that this year’s QD-OLED TVs can reach up to 2,000 nits of peak brightness. This means they should be brighter than LGs 2023 OLED range, which is estimated to be around 1,800 nits peak brightness, according to Tech Going. It also matches the number set by some Mini-LED TVs.

Samsung claims that this is due to “advanced optimisation algorithm IntelliSense AI and new OLED HyperEfficient EL material”. This should also boost iamge quality, resulting in more accurate colours.

The TV’s are said to use up to 25 percent less power overall, meaning lower electricity bills. This could be a huge selling point, although remember that bigger screens tend to use more power, so there’s always an incentive to go for a smaller TV if you really care about saving money (and they’re cheaper to buy, too).

Prices and release dates have yet to be revealed by Samsung. However, more information may release over the next few days, during CES.

Last year’s QD-OLED prices started from $2200/£1,799 when they first launched and were available in North America, the UK and Europe and South Korea. They will likely be available from Samsung, Amazon and other major retailers. We gave the QE55 model 4.5 out of 5 stars, partly thanks to its picture quality and stylish design.

You can find out how to watch CES press conferences from Nvidia and Asus to keep up with all the latest news.