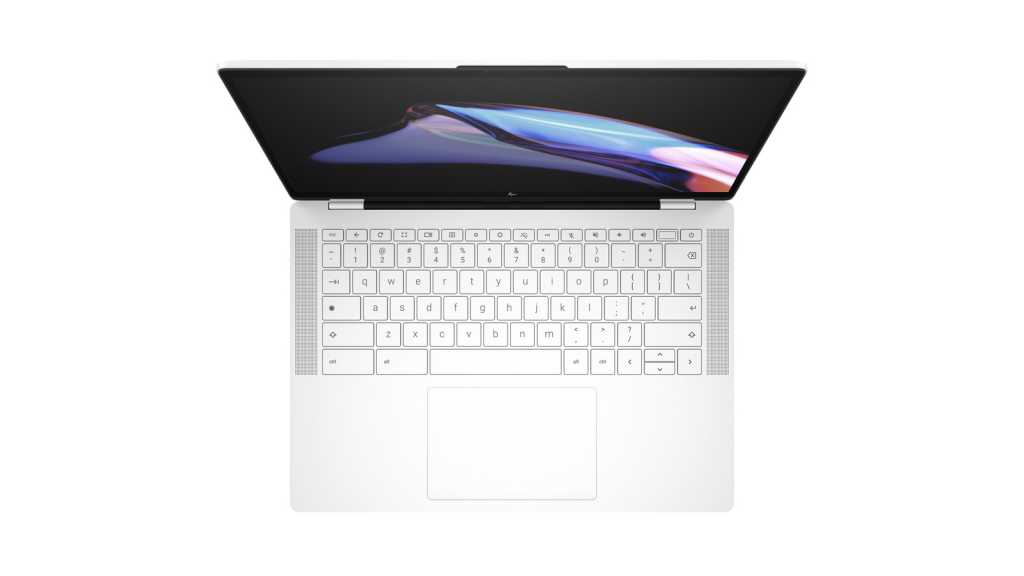 HP has announced a new Dragonfly Pro Chromebook at CES, though the computer maker hasn’t yet said how much it will cost.

2022’s Elite Dragonfly started at $1,149/£1,299 – already extremely expensive for a Chromebook – but the Dragonfly Pro name suggests this new model will cost even more. Google’s Chrome OS has a long association with budget laptops but HP seems determined to change that.

HP says pricing will be available closer to its spring 2023 release, with the company itself the only confirmed retailer at this stage.

Most people will have a hard time justifying over $1,000/£1,000 on a Chromebook, but HP is trying its best to convince you.

The Dragonfly Pro features a 14in IPS LCD touchscreen, with a resolution of 2560×1600 giving it the common 16:10 aspect ratio. HP says it can reach an impressive 1200 nits at max brightness, which should ensure great outdoor visibility.

Unlike many laptops being announced at CES, the Dragonfly Pro isn’t powered by Intel’s new 13th-gen processors. You’ll have to make do with last year’s Core i5-1235U instead, although 16GB of fast DDR5 RAM and a 256GB SSD means performance should still be solid.

The lack of a dedicated GPU is no surprise, but it’s worth noting that the device uses Intel’s UHD integrated graphics rather than the latest and greatest Iris Xe. In case you were in any doubt, the Dragonfly Pro is unsuitable for demanding workloads such as gaming or video editing.

HP says the 51.3Wh battery will get you “all-day battery life”, based on internal testing with the Chrome OS’ power_LoadTest. This aims to simulate real-world usage, but it’s no guarantee the device will last a full working day on a single charge.

Fortunately, 96W fast charging means you can expect 50% battery from just 30 minutes plugged in. That relies on one of the device’s four USB-C ports, but disappointingly there are no others. Considering the device is 17.7mm thick, there was surely room for USB-A or HDMI.

Other features worth noting include an 8Mp front-facing camera, RGB backlit full-size keyboard and quad speakers tuned by Bang & Olufsen, all within a 1.5kg chassis.

These specs mean the Dragonfly Pro is one of only a few Chromebooks to be included in Intel’s Evo Platform. Other requirements such as slim bezels, instant wake from sleep and Thunderbolt 4 support are all present on the device.

But aside from price, whether you buy this laptop will come down whether you’re happy with Chrome OS. It’s a great option for the basics, but many of the most popular third-party apps aren’t supported.

If you like the Dragonfly Pro Chromebook’s design but would rather something that runs Windows, HP has you covered. This regular version has Windows 11 Home pre-installed instead, but there are a few other key differences that are worth being aware of.

The most notable is a processor change, which means the Dragonfly is powered by AMD’s Ryzen 7 7736U, from the Ryzen 7000 Series that’s also expected at CES. It therefore uses Radeon integrated graphics, while you can increase the RAM to 32GB if you’d like.

That 14in display is limited to 400 nits of brightness here, but you gain more durable Gorilla Glass NBT and low blue light status. The webcam drops to 5Mp, but it supports Windows Hello face unlock (via a separate IR sensor) and you get a fingerprint sensor.

We also shouldn’t forget the bigger 64.6Wh battery, which HP says will get you up to 16 hours of video playback or 12.5 hours of wireless streaming. The 96W adapter and 50% in 30 minutes claim is still here, and even more impressive considering the larger capacity. But ports are frustratingly still limited to USB-C.

HP says it won’t reveal the price until closer to the Dragonfly Pro’s spring 2023 availability either, but these specs suggest it’ll be even more expensive than the Chromebook.

Both devices are worth considering for consumers, but the Dragonfly line is technically targeted towards business users. That’s especially true of the new Dragonfly G4, which allows you to use the front and rear cameras simultaneously.

Elsewhere, the latest Intel CPUs do make their way into the latest iteration of the Omen 17 gaming laptop, which will start at £1,199 when it arrives in February. There are also two new EliteBooks, with a choice of regular 1040 G10 (from £1,349) and convertible x360 version (from £1,399) both set for a May launch.

However, there’s no confirmed pricing for any of the new devices outside the UK yet.