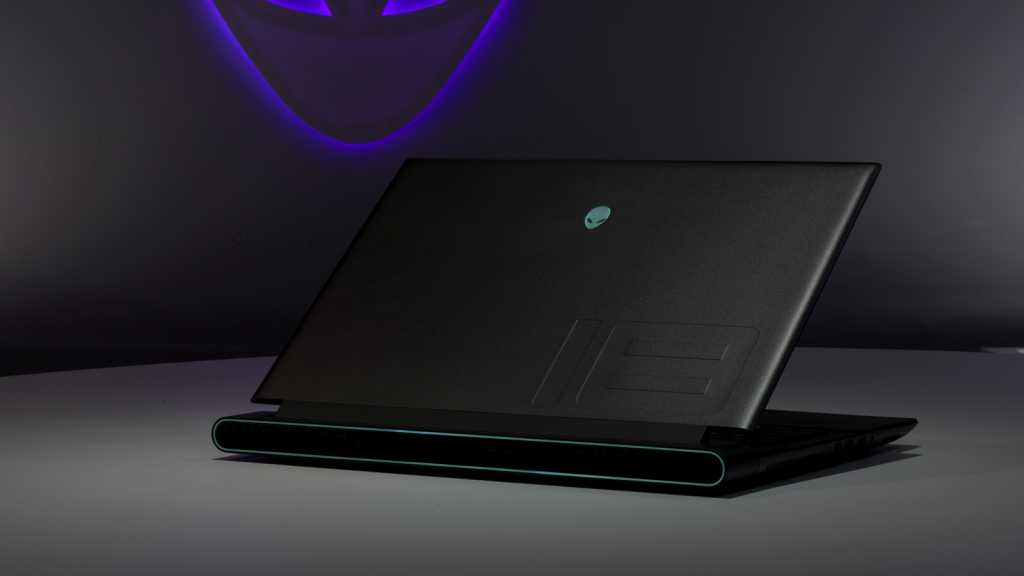 Dell’s Alienware brand has always been about high-end gaming, but until now there were only three screen sizes to choose from: 14in, 15in or 17in. That changes today with the reveal of the Alienware m16 and m18, which – you guessed it – offer 16in and 18in displays respectively.

The new m18 is technically the reintroduction of a device that was discontinued in 2015, but plenty has changed since then. Dell proudly claims it’s Alienware’s most powerful laptop, but with a $2,099 starting price, you’d expect that to be the case.

Under the hood, you can choose between Intel and AMD’s new processors. That’s 13th-gen CPUs on the Intel side – from Core i7-13650HX to Core i9-13980HX – which the company only announced a few hours earlier. AMD’s keynote takes place later at CES, where ‘next-gen’ processors are expected to be confirmed as laptop versions of the Ryzen 7000 Series.

Alienware is vague when it comes to graphics for the same reason, with RTX 40 Series mobile GPUs rumoured for Nvidia’s CES event. Performance should be excellent across the board – especially when combined with 16-, 32- or 64GB of DDR5 RAM. However, you’ll only get Radeon graphics on the cheapest AMD models.

The new Alienware m16 is essentially a smaller version of the same device, although there’s a third display option here: QHD+ at 240Hz. It’s also slightly more affordable, starting at $1,899.

But if you’re not a fan of the M Series and its bulky design, Alienware has another brand-new option for you. The Alienware x16 is a sleeker, more attractive vision of the 16in gaming laptop, although there is a slight compromise to performance.

Key differences compared to the m16 include an aluminium and magnesium alloy chassis, making the x16 both lighter (2.72kg) and thinner (18.57mm). All the same display options and most of the ports remain, although the top-spec CPU here is the Intel Core i9-13900HK.

It’s a more well-rounded device for most people, but that’s reflected in the price – from $2,149.

But if you’re looking for something more affordable, Dell has also updated its G16 (from $1,499) and G15 (from $849) gaming laptops. These are lighter on the wallet, although the cheapest configurations opt for 13th-gen Intel Core i5-13450HX processors and screen refresh rate is limited to 240Hz.

The design here is much closer to a regular laptop, although the large fans for cooling and extensive port selection remains. You’ll also find some more colourful finishes.

Intel and Nvidia versions of all devices will be available sometime in Q1 of 2023. You’ll have to wait until Q2 for AMD versions, though.

Only the G15 will be eligible for our cheap gaming laptop chart, but all are worth considering if your budget can stretch further.