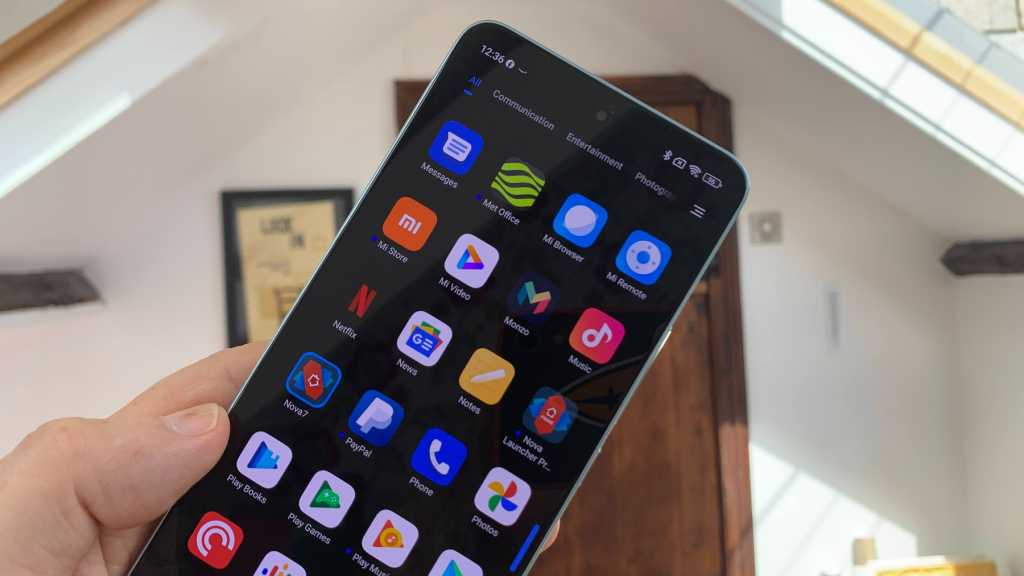 For gadget fans, having the latest and greatest is all part of the experience. It’s a fantastic feeling to unwrap a new device – whether e a phone, smart display or something else – slide it out of its box and start to explore its new features.

Some of this gold has lost its lustre for me recently, as spiralling costs and barely noticeable improvements mean there’s little incentive to spend money on the next model. This is why I won’t be upgrading any of my tech in 2023, and I suggest that maybe you should take a similar approach.

One of the main driving factors of feeling no need to upgrade is the simple fact that laptops, PCs, phones, tablets from the past couple of years (maybe even longer) provide a great level of performance for everyday use.

Sure, if I want to edit a movie on a Chromebook, then I’m going to be pulling my hair out within minutes. But I don’t edit videos, so it isn’t an issue. The same goes for stabilised video on new iPhones that would enable me to record smooth video while chasing someone on a skateboard. Again, not really something that happens in our house too often.

Manufacturers often advertise new products on the promise of an exciting lifestyle where you can capture moments on top of a mountain, launch a new business from your kitchen or set your personal best for a triathlon as the sun sets over a Californian beach.

The reality of using those products is much more mundane. I just need to message my wife from Morrisons to find out what vegetables we need, snap a photo of a pretty night sky while walking the dog, and listen to podcasts and audiobooks. Those are pretty much the limits to which I push my phone.

Occasionally I might do more demanding tasks, but for day-to-day stuff that makes up 95% of my demands on tech (and, surely, many people’s), my current phone – a Xiaomi 12 Lite – does just fine.

The same is true for my laptop. I’ve been using a Chromebook for about a year now as my daily device. With it I can write articles, edit photos, watch Netflix, shop online, plan my novel and even record my podcast without much effort.

My co-host edits the podcast, but it wouldn’t be any easier if I had a MacBook Pro. You see, so many of the services and software I need for freelancing and personal hobbies are all online, which means the requirement for a powerful new computer aren’t that high.

With this in mind, I’ll be sticking with my HP Chromebook x360 14C.

Similarly, I have no plans to move on from my Amazfit GTS Mini 2 smartwatch. All three devices allow me to work, rest and play without feeling like I’m missing out on anything or that I need to spend more money buying better ‘toys’.

Would a $1,000/£1,000 iPhone do everything better? Probably. Will I notice the difference to the extent that it’s worth the price? I doubt it.

There are often comments and speculation about the planned obsolescence creeping into technology. In some cases this is warranted, such as when manufacturers curtail security updates after only a couple of years, leaving your device open to exploits hackers can use and rendering your phone, tablet or laptop potentially unsafe to continue using.

But even this is being addressed across the board, with most manufacturers now offering three, four or even five years of updates.

And if you keep your phone in a protective case and use screen protectors, it’ll probably last as long as the security updates do, barring any serious mishaps. Laptops should have a long lifespan too, and the only real weakness with both devices is the battery, so looking after that by properly charging it should keep things ticking along nicely.

Take care of your gear and you shouldn’t need to worry about it tapping out too soon.

And the longer it lasts, the longer you have to save up. And that means when it’s time to buy a replacement, your funds should allow for a higher-spec model. This is also important, as you’ll see below.

Why is tech getting more expensive?

It’s true that prices have been increasing on flagship phones over the past few years, but the current financial climate around the world has made this even worse. Recently Apple hiked the prices for many of its products, with only US consumers being protected against the impact of the various factors driving up costs.

We’ve also seen this happen in the mid-range too, with phones and laptops not seeming to offer the same sort of value that we’ve grown used to. Google, to be fair, has bucked this trend with the Pixel 6a, which is a surprisingly affordable, excellent phone that is often discounted to around $350/£350.

You can also find great phones from Chinese manufacturers such as Xiaomi and OnePlus, which offer superb value. The only snag is that most of those aren’t available in the US.

The current problems contributing to rising costs, including the Russian invasion of Ukraine, with the knock-on effect that has had on world fuel prices, rampant inflation, plus the continued disruption to the manufacturing and distribution chain due to covid, won’t be around forever.

But, if we’ve learned anything from the past, it’s that once prices go up, they rarely return to where they were before. So, it looks like we’ll need to get used to spending more on tech, which is yet another reason why it’s a good idea to hold onto devices for longer than you might have previously.

Buy refurbished rather than new

If I really need to replace something, perhaps because a phone was dropped and the screen smashed, then my preference at the moment is to head down the refurbished route. It allows you to pick up a flagship model from a year or two ago, but at a much more attractive price.

It’s also a lot safer to buy refurbished. Gone are the days of having to take a risk on a used phone or laptop on eBay, as there are a wide range of specialists that offer fully working refurbished gear, along with warranties and guarantees. And yes, you can buy these from eBay, too.

For example, a Samsung Galaxy S20 from two years back costs as little as $200 / £215 now. But you’re still getting a device that can easily compete with the latest phones thanks to the fact that, as I say, recent updates and improvements have been minimal.

You can take a look at our roundup of the best refurbished phone deals to see how much you can save on other Samsung phones and, of course, iPhones.

If you’ve never thought about a refurbished device, then here’s where to buy one from

With wages failing to keep up with inflation, and household bills continuing to shoot up, you may well be in same situation as me, hanging onto existing devices for longer before investing in new tech.

Not only will you be saving your money, but it also means those older devices won’t end up in a landfill before they need to. Of course, the allure of the shiny will always tug at our heart srings, but stay strong dear reader. After all, there will be a shiny new thing arriving next year.