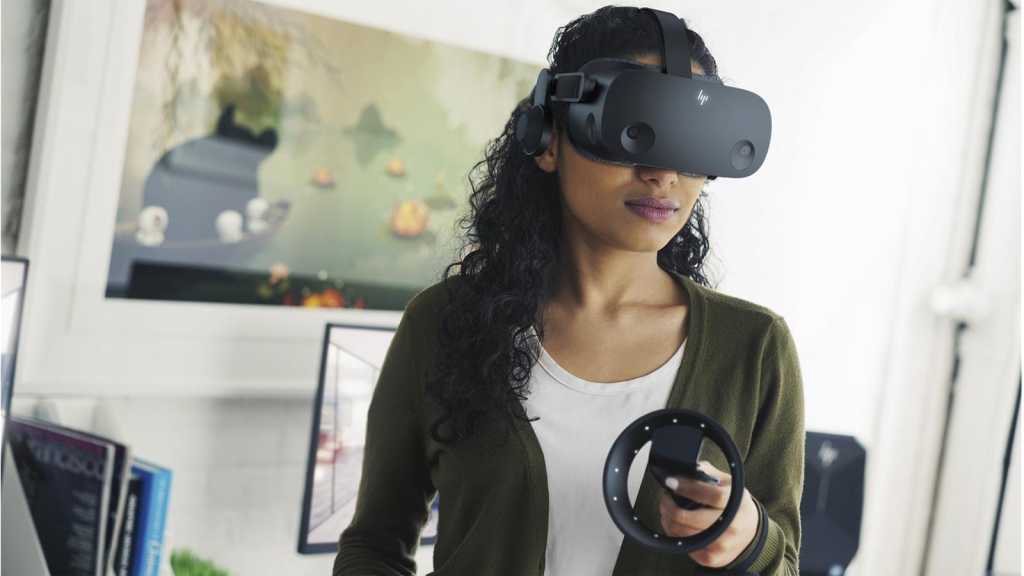 It’s the best time of year to bag yourself a bargain on tech, with plenty of Black Friday bargains still available on Cyber Monday for those yet to find the perfect deal. It’s not just retailers getting in on the cyber fun, with plenty of manufacturers also offering money off on popular tech. That includes manufacturer HP, with a particularly tempting deal on its Reverb G2 VR headset that brings it down to less than the hugely popular Meta Quest 2.

The deal in question offers the HP Reverb G2 VR headset and accompanying controllers for just $299 in the US right now, offering a $300 discount compared to its $599 RRP. While a 50% discount is always welcome, the new price makes the Reverb G2 one of the cheapest PC VR headsets around, coming in at $100 cheaper than the Quest 2.

In fact, it’s the cheapest the HP Reverb G2 has been since its release back in 2020, making it a particularly tempting buy. The deal is only set to go on until the end of the day today, Cyber Monday, so you’d better be quick if you’re tempted.

Where the Quest 2 and HP Reverb G2 differ is in terms of how they’re powered; while the Quest 2 is standalone, the HP Reverb G2 needs a beefy gaming PC to run VR games. While that’s a bit of a pain if you don’t have a gaming PC, those that do can look forward to a huge collection of VR titles across storefronts like Steam and the Windows Mixed Reality Platform, including plenty of PC VR titles that aren’t available on Meta’s standalone.

We gave the HP Reverb G2 3.5 stars in our review, with Editor Jim Martin particularly impressed with the resolution of the headset and the fact it doesn’t require external sensors for tracking. However, he did note that there was a relatively small ‘sweet spot’ for viewing and ran into issues with AMD-based PCs – though this has reportedly been fixed since.

If you’re tempted to grab yourself a VR headset but aren’t sure which is best for your needs, take a look at our pick of the best VR headsets in 2022. We’re also tracking the best Oculus Quest 2 Cyber Monday deals if you’re on the hunt for a bargain on Meta’s standalone headset.