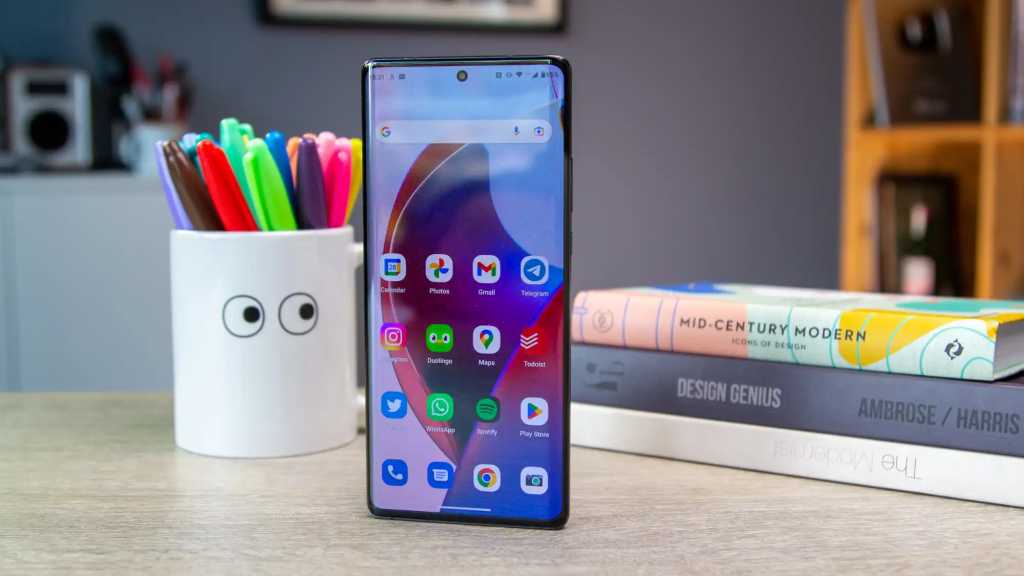 If you’re looking for your next upgrade, then Motorola’s Edge 30 series should be firmly on your shortlist.

There are two models in particular that stand out: the Edge 30 Ultra and the Edge 30 Neo. The Ultra, as the name suggests, sits at the top of the range but is a lot more affordable than most Android flagship phones.

The Neo is impressive for other reasons, packing in more features than you’d expect for the price.

Here are four reasons why you’ll be tempted be each one.

The Ultra is a striking phone thanks to a screen thanks to its gorgeous 6.67” screen that extends right to the edges. Its colours really pop, but it’s the super-smooth scrolling that you’ll probably appreciate even more.

But it’s the large camera on the rear that really captures your attention. It’s big for a reason: behind the lens sits a huge 200-megapixel sensor.

To put that in context, most phones don’t even have 50-megapixel cameras yet. It means the Edge 30 Ultra is able to capture an astounding amount of detail and that becomes genuinely useful when you want to crop a photo.

Even if you crop it significantly, the resulting photo still looks sharp and detailed. And this camera works just as well at night as it does during the day. Plus, it will shoot up to 8K video.

It is no one-trick pony: this is a true flagship with top performance thanks to the latest Qualcomm Snapdragon 8+ Gen 1 processor along with support for 5G.

There’s plenty of power for any task, whether you’re editing photos or videos, playing games or simply streaming a video.

Although it will last all day, recharging the Edge 30 Ultra happens in a flash thanks to super-fast charging. From empty, a full charge using the included charger takes under 30 minutes. Even a 7-minute charge is enough for 12 hours’ use.

Get a Lenovo Smart Clock 2 with the Motorola Edge 30 Neo! 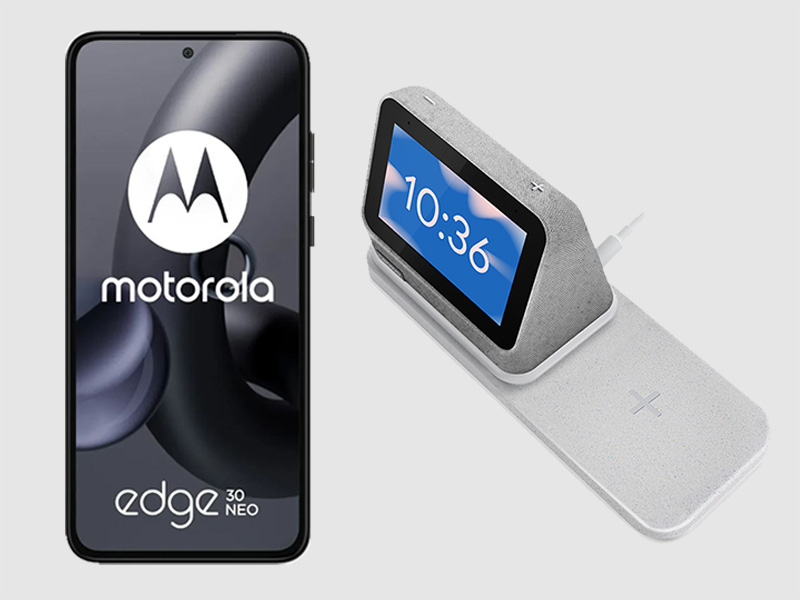 You can get the Motorola Edge 30 Ultra from Carphone Warehouse. There’s no upfront cost, free next-day delivery and monthly prices start at just £36.99. Plus you’ll get double data – 50GB instead of 25GB – and a free Lenovo Smart Clock 2 with a wireless docking station.

The Edge 30 Neo is an alternative for those looking for something more affordable.

Like the Ultra, it has an almost edge-to-edge screen, albeit one that’s slightly smaller at 6.28”. It uses the same AMOLED tech, which means bold, bright colours and the ability to remain always on for useful information such as the date, time and notifications.

Again, you benefit from super-smooth scrolling because of the screen’s 120Hz refresh rate, which makes browsing through social media feeds a much nicer experience than on a phone with a 60Hz screen, which is the norm and – of course – is half as smooth.

It may not have the Edge 30 Ultra’s whopping 200-megapixel camera, but the Neo is very capable for photos and videos. Its main 64-megapixel camera is equipped with OIS – optical image stabilisation – which counteracts shaky hands and ensures you end up with sharp shots, and helps avoid blurry images at night.

There’s also a 32-megapixel selfie camera built into the screen. It’s great not only for selfies but video calls as well.

Compared to the phone you’re upgrading from, the Edge 30 Neo is probably in another league when it comes to charging. Equipped with 68W TurboPower charging, you’ll get 12 hours of battery life from plugging it in for just 10 minutes.

Unlike most other mid-range phones, the Neo packs wireless charging as well, meaning there’s no hassle with cables.

It’s no slouch, either. There’s 5G for blistering download speeds, 128GB of storage for your apps, photos and videos, plus a powerful Qualcomm Snapdragon 695 processor.

Right now, you can get a free Lenovo Smart Clock 2 and wireless charging dock when you buy a Motorola Edge 30 Neo from Carphone Warehouse. It costs just £22.99 per month for 100GB of 5G data with no upfront cost at all and there’s free next-day delivery.

As well as Black Onyx, the Neo also comes in Very Peri*, a colour that’s exclusive to Carphone Warehouse and Currys.

* Exclusive to Currys group. The PANTONE Reference number and PANTONE Chip Design are used with the permission of Pantone LLC under licence. © Pantone LLC, 2022. All rights reserved.