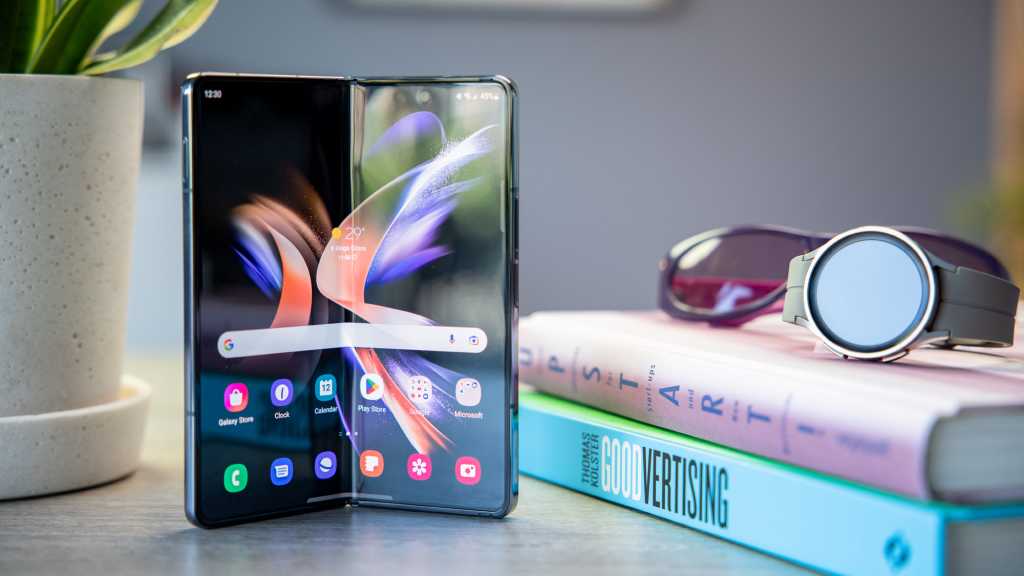 Samsung’s Galaxy Z Fold 4 is the best phone/tablet hybrid you can buy, but price is its main sticking point. Most people simply aren’t willing to pay $1,800 or more, even if it can replace two devices.

However, Samsung’s Black Friday sale makes it much more appealing. The company is offering $450 off all three models in the US, meaning the new starting price is just $1,349.99. That brings it in line with many high-end flagship phones.

The same discount applies to all four colours of the Z Fold 4, although you’ll have to wait longer for some to be delivered.

You might also notice that trade-in offers are selected by default. Any Samsung Galaxy device will get you an extra $300 discount, but you can get up to $1,000 off if you trade in an eligible phone, tablet or watch.

However, these deals won’t be sticking around for long. If they do expire or sell out, Amazon’s $400 off is currently the next best price.

In our review of the Z Fold 4, we praised its display, rear cameras and battery life. The introduction of Android 12L makes the software experience much better (despite some missing app support,) so it’s a great choice unless you want to take lots of selfies or need fast charging.

Price was one of its big drawbacks, but these deals make the device a realistic option for lots more people.