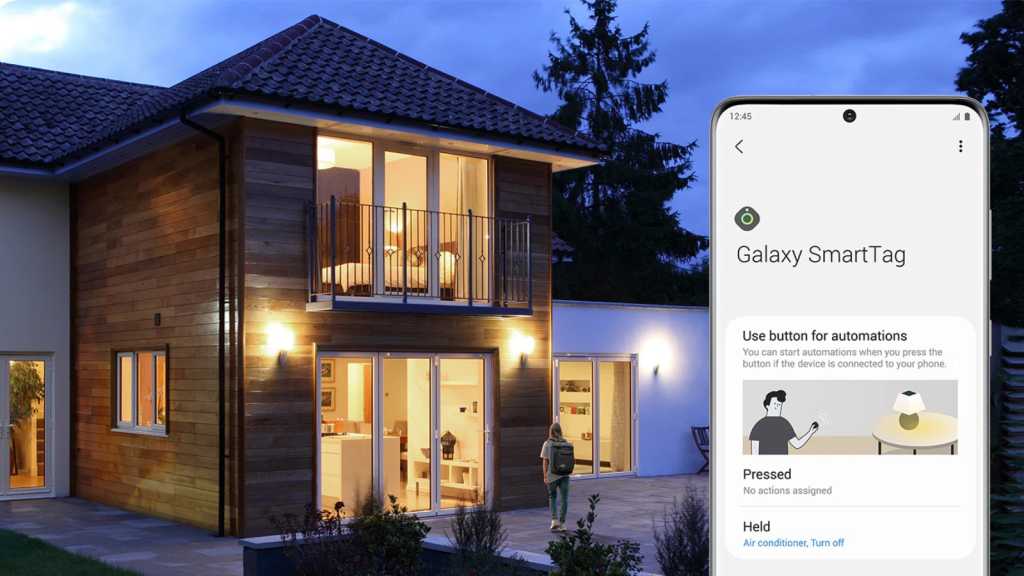 One technology term that you may have seen popping up over the past few years is UWB, which stands for Ultra Wideband. But, what is it, how does it work and why is it in your phone and other devices?

What is Ultra Wideband?

Ultra Wideband is a wireless communication protocol that operates over short distances, much like Wi-Fi and Bluetooth. What makes it different is that the technology operates in the higher frequency bands of radio waves and across a wide bandwidth, hence the name. It has some useful and unique abilities, such as being able to monitor the position of and exchange information with other UWB devices in the area, which is why you might see UWB in more and more devices.

What does Ultra Wideband do?

Due to how UWB works, it’s often referred to as a kind of RADAR or SONAR for digital devices in the home. This is because it sends out information across the aforementioned wide bandwidth and can then recognise other UWB devices in the vicinity.

This is achieved through something called ‘ranging’ (which is what the last letter of the RADAR and SONAR acronyms stands for) which measures the time taken for a signal to return from the device it senses. You’ll also see this referred to as the Time of Flight (ToF), as it not only monitors the position of another device but also whether it is moving or not.

The latter is accomplished by sending two nanosecond bursts across the 500Mhz band, then calculating the precise location and motion of the responding device. All of this means that UWB can provide very accurate details about the devices nearby even if they are not stationary.

The ability to exchange data between these devices, all of which have a physical awareness of each other, opens up some interesting possibilities in how they can be used.

Why do I need Ultra Wideband?

So, what’s the point of all this communication and surveillance between devices? Well, UWB can locate other UWB signals with a high-degree of accuracy (more so than GPS or Bluetooth), which is why we’ve already seen Ultra Wideband appear in smart tracking tags.

The Apple AirTag and Samsung Galaxy SmartTag Plus both employ UWB, which works when paired with smartphones that also have UWB radios. These include the iPhone 13 and Samsung S22 ranges.

Item trackers like these demonstrate exactly what we’ve just described, making use of UWB to show you precisely where a lost item is located by giving you satnav-style directions on your phone screen. Trackers which use only Bluetooth can only give a rough indication of how far away they are, not not in which direction you should go to get closer. They rely in inbuilt beepers so you can use your ears for that task instead.

Another application for UWB technology is in the smart home. Recently, The Verge reported on the new Fluid One system that uses UWB beacons in the home to track the position of your iPhone. Then, when you point it at different smart devices, it automatically switches to the relevant remote control so you can control stuff.

For example, if you point your phone at a smart speaker, you could adjust volume, skip to the next song or do other things.

When you then point your phone at a smart lamp you’d the see brightness levels and on/off controls instead. As you walk through your home, the system could also turn on lights as you enter a room and turn off those in the room you’ve just left.

It could also do something similar for playing music from speakers, adjusting heating, all following you around rather than reacting to your commands (whether to a smart assistant to through a phone app). And that is pretty much what you’d want a smart home to do.

Here’s a video of the potential advantages of a house equipped with UWB smart devices:

There’s also scope for automatically unlocking your car as you approach, opening a garage door when you’re near or various other simple ideas that are designed to make your life smoother and less encumbered.

While these are not necessarily things that can be done right now, it looks certain that they will be a reality in the very near future.

With all this data flying between various devices in and around your home, the question of security naturally raises its head. Samsung reports that ‘One of UWB’s most significant advantages is the added portion of the physical layer (PHY), used to send and receive data packets. With this layer, currently being specified in IEEE 802.15.4z, a critical security extension not available in other technologies can be leveraged, allowing for security techniques such as cryptography and random number generation that deter attackers from accessing UWB communications.’

That reads as a pretty secure system, so it should prevent hackers from taking control of your smart home if its controlled by Ultra Wideband devices.

Which devices have Ultra Wideband?

As mentioned above, you’ll find UWB in the latest Samsung and Apple phone ranges. But, it also goes back as far as the iPhone 11 and Samsung S21+, not to mention the Google Pixel 7 Pro, Google Pixel 6 Pro, Apple Watch 6 and later and Apple HomePod Mini.

You can be sure that this list will grow quickly as more manufacturers of smartphones, wearables and smart home devices link up to create the kind of lifestyles that would have seemed like science-fiction only a few years ago.