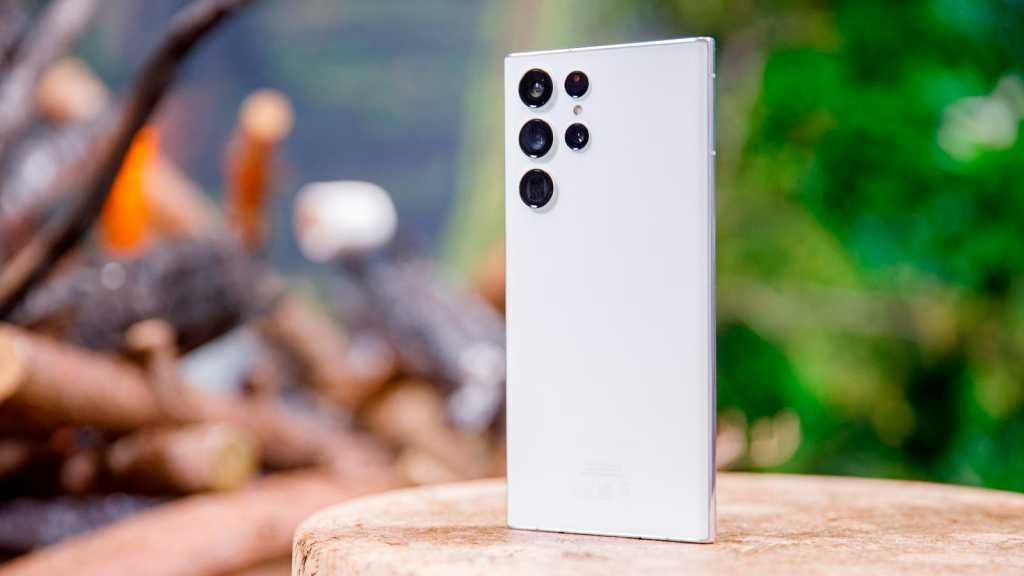 This week MediaTek unveiled the Dimensity 9200, its latest flagship smartphone chipset, and the company is feeling confident. So confident, in fact, that it’s set its sights on powering future Samsung flagships.

“You will eventually see a Samsung flagship product with MediaTek in it, in the North American market,” I was told by Eric Fisher, MediaTek’s vice president and general manager of corporate sales.

It’s apparently more than wishful thinking: he added that the company has “made huge strides with Samsung,” and that “the momentum is building.”

Now, don’t worry, Fisher hasn’t totally lost the plot: he knows this won’t happen in 2023, a year when MediaTek’s main rival Qualcomm has already locked Samsung into a global deal to supply the chips for the S23 series when those phones launch, likely in February.

We also don’t know whether MediaTek will target a future generation of Samsung’s S-series, or aim for the Korean company’s foldables instead. This year’s Z Flip 4 and Z Fold 4 are powered by Snapdragon silicon, but it doesn’t necessarily have to stay that way.

So if not 2023, then when? Fisher predicts that MediaTek’s breakthrough into the US flagship market will “maybe” be in 2024, but that “it’s probably 2025.” Whether that will be with Samsung or another manufacturer remains to be seen.

That timeline might be a disappointment to some who saw the inclusion of mmWave 5G support in MediaTek’s latest chipset as a sign that US launches were imminent.

Support for the shorter range, higher bandwidth 5G technology is all-but a requirement to launch handsets with US carriers, and the 9200 is the first of MediaTek’s premium flagship chips to include it. While Fisher admits that adding mmWave “does help us break into the US at the flagship level,” it’ll clearly take a little more time.

Elsewhere in the world, there won’t be so long to wait at least. Last year’s Dimensity 9000 and upgraded 9000+ appeared in a handful of flagship phones in Asia, and Fisher says that 2023 is when we’ll see the 9200 break into Europe.

Vivo has already promised to launch the first phones powered by the new chip – most likely in its anticipated Vivo X90 series – but Vivo’s market presence in Europe is still limited, and it’s not clear if it will also be the first company to bring the 9200 to the West.

The silicon itself isn’t MediaTek’s main obstacle. The Dimensity 9000 matched the Snapdragon 8 Gen 1 spec for spec, and often beat it on benchmarks. The 9200 packs in upgrades across the board – including for faster refresh rate displays and Wi-Fi 7 connectivity – and leaks suggest that it should be on a par with Qualcomm’s 8 Gen 2, which should be revealed next week.

The bigger challenge is branding. “Their Snapdragon brand is better known at the high-end [in Europe and the US],” Fisher admits of MediaTek’s main rival, suggesting this plays even into an “unconscious bias,” in buyers at the major carriers and networks.

MediaTek’s challenge is to build brand awareness outside of Asia, which it’s already begun across multiple fronts. This week it announced that MediaTek palm rest stickers will be included on Chromebooks powered by the company’s silicon going forwards, a nod to the classic Intel Inside sticker that Fisher says probably “printed billions of dollars.”

Then there was yesterday’s unexpected announcement that MediaTek has provided the custom silicon that will power Sony’s PlayStation VR2 when it launches next February. It’s a major coup for a company that has been a “silent partner for many, many years” to Sony, according Mark Odani, assistant vice president for sales and business development.

This is MediaTek’s public debut in virtual reality or mixed reality hardware, but it’s only the beginning of a “longer term strategy,” according to Fisher. “We have other AR/VR partners that aren’t ready to announce with us yet,” he teased, giving MediaTek another front for the fight against Snapdragon.