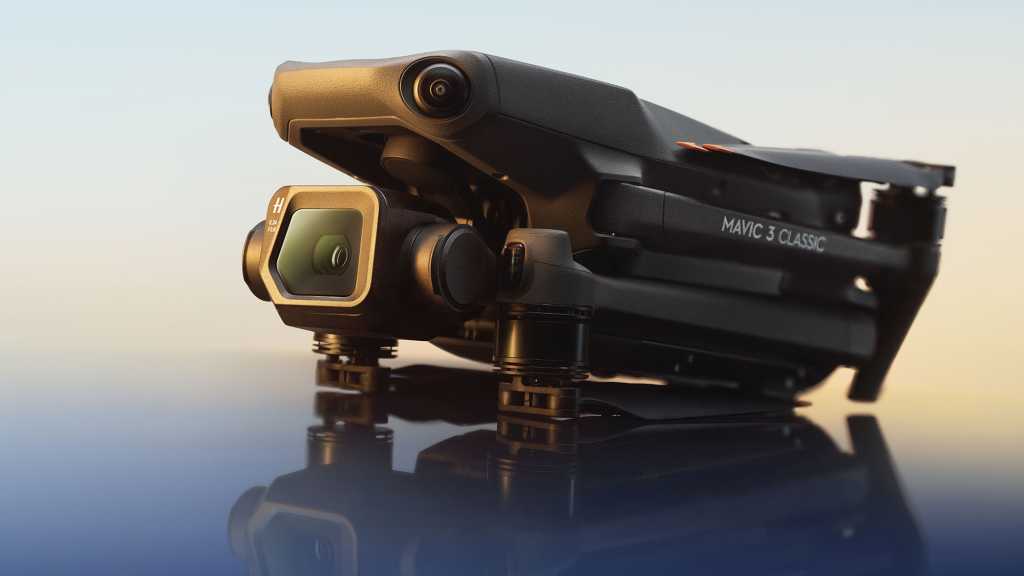 DJI released the Mavic 3 a year ago, but although it was an excellent drone, its price put it out of reach for many.

Now, it has launched what it is calling the Mavic 3 Classic with the aim of making that Hasselblad Four Thirds camera more affordable.

The company has made two notable changes to bring the price down. One is the removal of the Mavic 3’s unique telephoto lens and the other is the fact that, if you go for the cheapest Mavic 3 Classic, you don’t get a remote control with it.

Otherwise, the Classic has all the same features of the Mavic 3: a 46-minute flight time, the O3 transmission system and omni-directional obstacle sensing.

When is the Mavic 3 Classic release date?

The drone is available to buy immediately from DJI directly, as well as certain other retailers.

What is the Mavic 3 Classic price?

There are three versions on offer. The cheapest – as mentioned – omits a remote controller, so you’ll only want to opt for that if you already have a compatible controller, such as the RC-N1 or DJI RC.

The model that will tempt most people is the one that includes the RC-N1, but you can optionally go for a third bundle with the DJI RC that has a built-in screen and doesn’t require your phone.

Here’s how the prices stack up compared to the Mavic 3:

Even though the Mavic 3 has had a slight price drop since it launched, the new Classic offers significant savings, even if it still isn’t what you might call cheap.

What are the specs of the Mavic 3 Classic?

The whole idea is to make the Mavic 3 more affordable, so the specs of the Classic are essentially the same.

The only difference between the two drones is the absence of the telephoto lens. While that might be disappointing for some, the 20Mp camera you’re left with is one of the best around.

The four-thirds sensor is huge compared to DJI’s cheaper drones such as the Air 2S and Mini 3 Pro, and leads to better picture quality, especially in low light.

With many of the Mavic 3’s initial issues now sorted, the Mavic 3 Classic should be a top drone out of the box.

The Mavic 3 Classic falls into the same C1 category as the rest of the Mavic 3 range, meaning you can fly it in the A1 Open Category (in Europe, that is) without having to pay for and pass a pilot’s license exam. For more details on the new categories read about the latest drone laws.

If the Mavic 3 Classic is still too expensive for you, you’ll find cheaper alternatives in our roundup of the best drones.