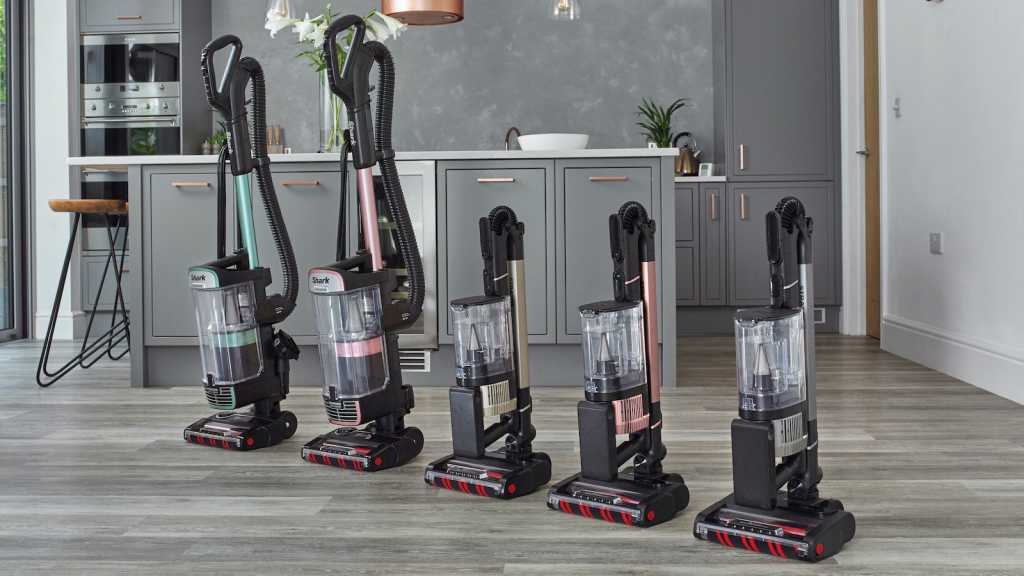 Shark makes some of the most reliable vacuum cleaners around, with a good balance between affordability and functionality. Its new Stratos range is its most advanced yet, with three handy new features designed to combat the worst bits of vacuuming.

Best of all, even though they’ve only been available since October, some of the Stratos vacuum cleaners will be discounted for the sales season, with two already on sale in the UK at Currys and Shark.

If you’re in the US, you can buy Stratos vacuum cleaners direct from Shark. The models aren’t the same as those in the UK but they have some of the same features, including the odor neutralizer technology, HairPro PowerFins and Clean Sense IQ.

New features for the Stratos range

There are several models in the new range – both cordless and corded – with a mix of the three new features:

Some of the new vacuums also have an anti-allergen seal, designed to trap 99.9% of dust inside the vacuum, as well as Shark’s best features to date, including LED headlights and the Flexology stick, which creates a joint in the wand, so you can vacuum under tables and sofas without stooping. Cordless models also fold away for easy storage.

The trade-off is that the cordless models are a bit heavier than their predecessors (as well as comparable Dyson models) at around 4.1kg. This won’t make much of a difference to most people, but you might want to rule one out as a Christmas present for an elderly relative.

Get up to £130 off a new Stratos for Black Friday

The AZ913UKT is a corded vacuum cleaner, with an 8m long cord and a 1.3 litre capacity. It has a lift-away section for handheld cleaning and duo clean rollers, which are optimised for both hard flooring and carpet. As the full name suggests, it’s a good buy for pet owners, as it’s packed with features to combat fur, dander and odour.

It has an anti-allergen seal and the anti-odour cartridge technology. It also has LED headlights to illuminate dust and pet hair and make cleaning dark corners even easier. You can buy the NZ860UKT, which has the same features but comes in a rose gold colourway (pictured above) instead of blue, for the same discount from Shark.

This cordless cleaner has all of the new features: the new anti-hair wrap cleaning head, anti-odour cartridge and the Clean Sense IQ technology. It comes with two removable lithium-ion batteries that you can swap out and recharge to give you 120 minutes of cleaning time (that’s the maximum runtime, in Eco mode, without a motorised tool). If Currys sells out, you can also buy it from Shark with the same £100 discount.

Are you ready for the sales season? You can browse all the best deals in our dedicated Black Friday section.