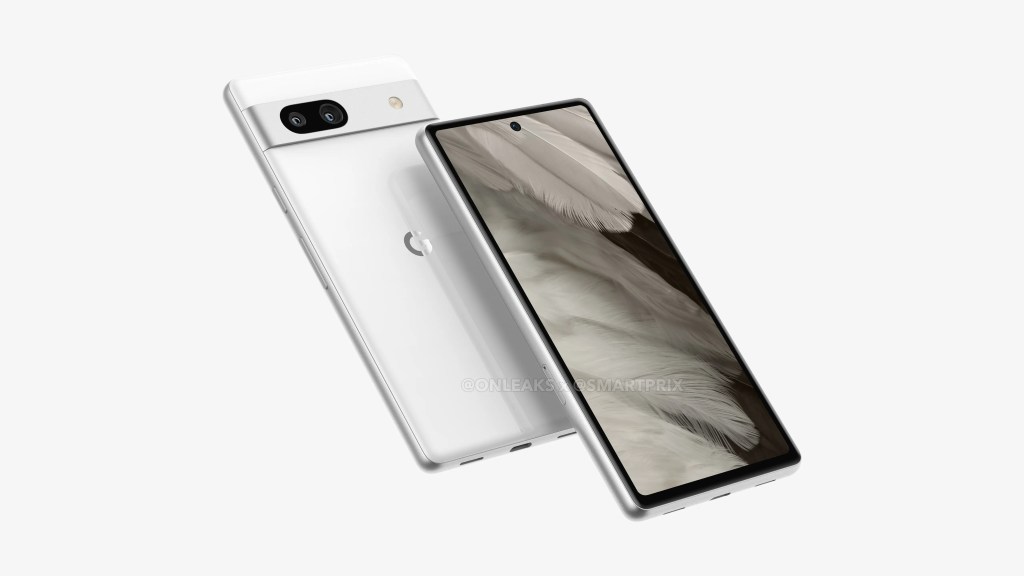 Google may have already revealed its latest flagship Pixel devices, the Pixel 7 and Pixel 7 Pro, but many eyes are on the cheaper model that is expected to follow: the Google Pixel 7a.

Here’s all we know so far about the model that could be the benchmark for mid-range Android phones in 2023.

When will the Google Pixel 7a be released?

We don’t have an official release date for the Google Pixel 7a at the time of writing, but the company usually releases its a-series of Pixels in the summer. Here’s how the previous models lined-up:

There are a few outliers, such as the Pixel 4a 5G that made its debut in October, but that particular model was unusual in that it marked the move to 5G rather than a next generation of the product. The 5a 5G was also unique as it only launched in the US and Japan, unlike its siblings that received global releases.

We’d say it’s a safe bet that the Pixel 7a will be announced in the summer of 2023, although a report from GSM Arena revealed that Amazon is already letting people sign up for launch alerts about the phone, which could suggest an earlier arrival than we expected. There’s also been a report from Nikkei Asia about Google ordering 4 million units of a new a-series device that could launch early in 2023. Only time will tell.

How much will the Google Pixel 7a cost?

Again, we don’t have any official word on what the Pixel 7a will cost when it arrives, but we can look at the models that preceded it to give us a clue. Here’s the launch prices for the Pixel a-series:

As you can see, the price has varied a little across the last few years, but it averages out to around the $449/£399 mark that we saw with the Pixel 6a. The current inflation and currency fluctuations in world currencies means it’s hard to be sure that Google will offer the same deal with the Pixel 7a, but we hope it does.

What about the Google Pixel 7a specs and design?

With the launch date of the Pixel 7a still many months away, there are a scarcity of strong rumours about what new features it will include.

The best info we have comes from the usually reliable OnLeaks, who has shared renders with SmartPrix that reveal the likely design, along with a few specific specs.

Unsurprisingly, the phone looks an awful lot like a cross between the previous Pixel 6a and the more recent Pixel 7 series. It takes the same metallic camera bar design as the 7 phones, but pairs it with the thick bezel and chunky chin on the front that mark this as a cheaper device.

Like the other recent Pixel phones, including the 6a, there’s no sign of a 3.5mm headphone jack. The phone will also reportedly launch in two colours – white and dark grey – though Google will no doubt have its own quirky names for the finishes.

Aside from the design, what about the specs?

It’s assumed that the Google Tensor 2 SoC will make it to the Pixel 7a, as it’s normal practice for each generation to have the same chipset and the Pixel 7 and 7 Pro have the Tensor 2 onboard.

Beyond that, details are a little murky, as journalists and leakers have tried to piece together details based on Google codename leaks.

9to5Google has been tracking five devices that appear in Android code, and has almost certainly worked out what they are. Two were the Pixel 7 and Pixel 7 Pro, two others are thought to be the as yet unreleased Pixel Tablet and Google’s first foldable. This leaves one unaccounted for, going by the codename ‘Lynx’.

The site thinks that this could be the Pixel 7a, which would make sense – but suggests the phone is getting some serious upgrades. That’s because the ‘Lynx’ name has also been linked to specs including a triple rear camera, wireless charging, and ceramic body. In fact, some had even speculated that rather than a mid-ranger, Lynx could be a super-premium Pixel 7 Ultra.

Leaker Kuba Wojciechowski has done his own research, and the pieces are beginning to fit together. For one, he thinks that some of those reported Lynx features will be found in the 7a, including wireless charging – though this will apparently be limited to sluggish 5W speeds.

Lynx had previously been tipped to include a triple camera consisting of a 50Mp 1-inch Samsung GN1 as the main shooter, joined by a 64Mp 1-inch Sony IMX787 and 13Mp Sony IMX712. Wojciechowski now believes that the GN1 has been dropped, leaving the phone with the combo of an IMX787 and IMX712, a more affordable pair of sensors and a match for the dual camera seen in OnLeaks’ renders. It will also feature a 13Mp selfie camera, again using the IMX712.

Wojciechowski adds one other tidbit: that the 7a will have a 90Hz refresh rate display made by Samsung, which would be a welcome upgrade from the 60Hz seen on the Pixel 6a, fixing one of that phone’s biggest flaws.

If you can’t wait until the Pixel 7a launches, check out our roundup of the best Pixel 7 and 7 Pro deals and best Pixel 6a deals to see if you can grab a bargain.