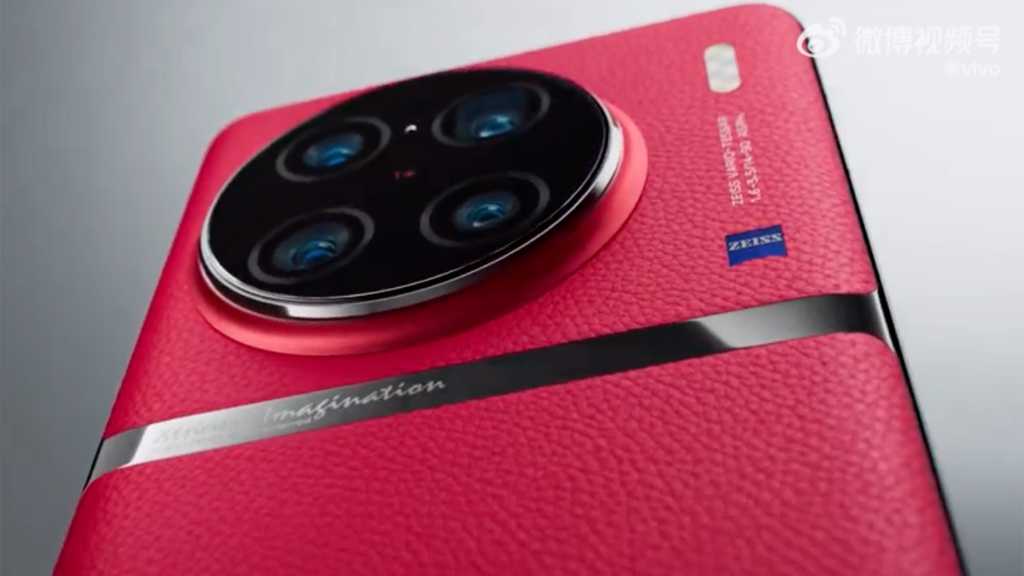 The short six months between Vivo flagship phones is over once again as the company has revealed the Vivo X90, X90 Pro, and X90 Pro+.

The X80 Pro is one of our favourite phones of 2022 but the Chinese giant is pressing ahead with a slew of replacement models.

Here’s reverything you need to know about the Vivo X90 series.

When will the Vivo X90 be released?

Vivo announced the phones via live stream in its native China on 22 November 2022.

All three phones ship and go on full sale on 6 December.

The company did not mention any plans for a global launch of the X90 series, but we did get a UK and European version of the X80 Pro, so fingers crossed.

How much does the Vivo X90 cost?

The X80 Pro costs £1,199 in the UK, so if the phones make it here, they will all cost considerably more than the converted prices shown.

What are the Vivo X90’s specs and features?

Vivo has thrown the kitchen sink at the X90 series with three phones with different specs and features.

The regular X90 shares a lot of its core specs with the X90 Pro, though the Pro adds things such as wireless charging, an improved portrait telephoto lens and a slightly larger battery.

The X90 Pro+ goes all out with IP68 and an insane quad camera set up including a one-inch main camera sensor similar to the one on the Xiaomi 12S Ultra. It’s also the only model to have the Snapdragon 8 Gen 2 chip instead of the MediaTek Dimensity 9200.

It’s all a little confusing, so here’s a full spec breakdown of the three.

We thought the X80 Pro earlier in 2022 was as much phone as Vivo could throw at us, but X90 Pro+ is a full-on flagship that tries to push the smartphone envelope once again.

The 1in main camera sensor is remarkable as it’s one of the first uses of the Sony IMX989. Vivo has used it with a glass lens coated with Zeiss T, a formula that is said to reduce glare. The company is taking full advantage of its fairly new partnership with Zeiss since the legendary camera maker ditched Huawei.

Vivo says this 50Mp lens has a 77% larger photosensitive area compared to the 1/1.3in sensor on the X80 Pro. That phone had superb low light results thanks to its large sensor, so we really hope the X90 Pro+ comes to Europe so we can get our hands on it to test out.

With the Snapdragon 8 Gen 2 it’s also now one of the most powerful and capable smartphones in the world. How Vivo makes use of it beyond raw processing for the camera remains to be seen, but bear in mind any release outside of China will probably see the phone run Vivo’s Funtouch software rather than the OriginOS it runs in its native country.

All that potential phone magic runs on an obscenely bright 1800 nit 2K AMOLED screen, a Samsung E6 panel to be precise. It’s got 10-bit colour accuracy and can refresh between 1Hz and 120Hz thanks to its LTPO 4.0 technology.

The phone comes in black or a lovely red leather version. We really hope it comes to Europe.

Until then, be sure to take a look at our roundup of the best smartphones currently available to see what the X90 series will be up against.