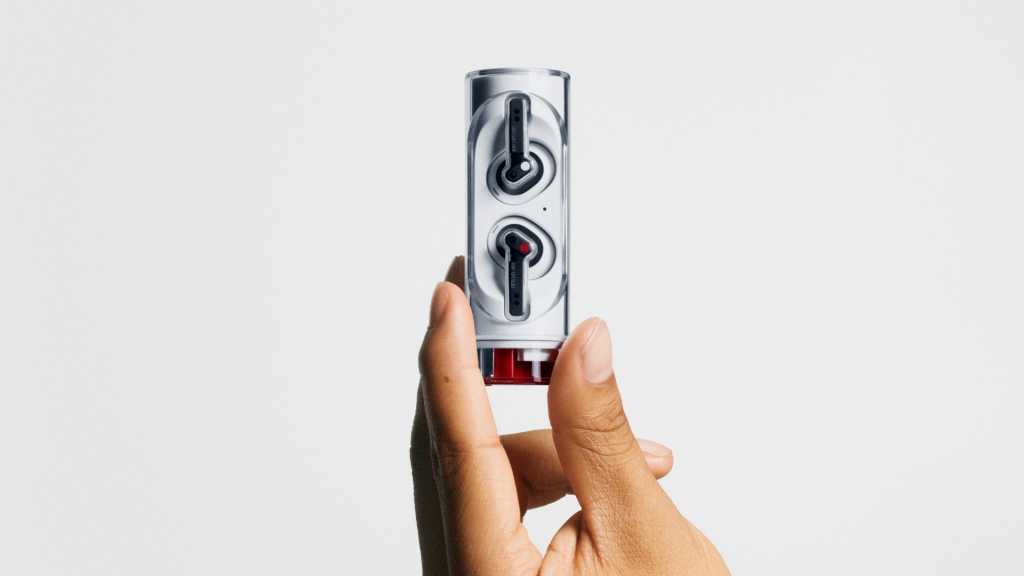 Following on from the Phone (1), Nothing has revealed its third product, and it’s a move back to audio. The Ear (Stick) come in at $99/£99 but don’t get two of the headline features of the firm’s existing Ear (1) wireless earbuds.

Let’s cut to the chase: the Ear (Stick) are missing both active noise cancelling (ANC) and wireless charging. Both of those are available on Nothing’s other pair of true wireless earbuds.

There are logical reasons for those absent features, since the Ear (Stick) have a ‘half-in’ design not well suited to noise cancelling and the case design makes wireless charging too difficult to fit in.

The Ear (Stick) look to be another decent pair of budget-friendly true wireless earbuds despite the lack of ANC and wireless charging. In fact, they’re even better than the Ear (1) in certain ways.

It leaves the Ear (Stick) as the more affordable version. Nothing CEO and founder Carl Pei blamed the price hike on “an increase in costs,” and although it might seem like a strategy to separate the two pairs of buds, other brands including Apple are also raising prices.

Still, Nothing says these are still aimed at a similar audience to the Ear (1) and actually offer “our most advanced sound experience to date,” according to Pei.

This is largely down to the 12.6mm custom drivers inside – that’s 1mm larger than Ear (1) – which Nothing says are “large enough to deliver rich depths, clear highs and bold details, while still being small enough for a comfortable fit.”

There’s also a feature called Bass Lock where a tone is played to analyse the shape of your ear canal and the fit of the earbuds to figure out how much bass is being lost. This is then automatically regained by adjusting the equaliser curve.

That ‘half-in’ fit means there are no traditional ear tips to create an acoustic seal. It’s not something new to the industry – see the Samsung Galaxy Buds Live, for example – but should provide a comfortable fit for some users, especially if, like me, you have small ear canals.

Nothing says the Ear (Stick) have been tested on more than 100 people to perfect the fit for different shapes of ears. To help with comfort the earbuds are slightly lighter than the Ear (1) at 4.4g each (down from 4.7g) and now carry an IP54 dust and water-resistance rating, rather than IPX4 before.

They also have ‘press controls’ on the stem of each earbud which you essentially pinch to activate – including press and hold for things like volume – and Nothing says these even work when your fingers are wet, which is something the Ear (1)’s touch controls struggled with.

The buds themselves may only boast subtle design differences, but the case is totally different. It’s a long tube, deliberately reminiscent of a lipstick case (though not as directly as Huawei’s FreeBuds Lipstick), and has a rotating design that can be operated one-handed to reveal the earbuds like a revolving door. Meanwhile, the red end houses a USB-C port for charging and a covert pairing button.

Battery life is a little shorter than the Ear (1), at seven hours in the earbuds and a further 22 hours from the case. A 10-minute charge will get you two hours of playback.

The Ear (Stick) work better with Nothing’s Phone (1), where settings are baked into the OS and there’s an exclusive low latency mode. However, users of other Android phones and iPhones can use the new Nothing X app to access most of the controls.

If you’re interested in getting hold of the Nothing Ear (Stick), the new wireless earbuds go on sale on 4 November in over 40 countries (including the US, unlike the company’s phone) from the official store.

They are priced at $99/£99/€119 and in the UK you can buy them from Smartech at Selfridges, O2, Browns Fashion, John Lewis and Farfetch.