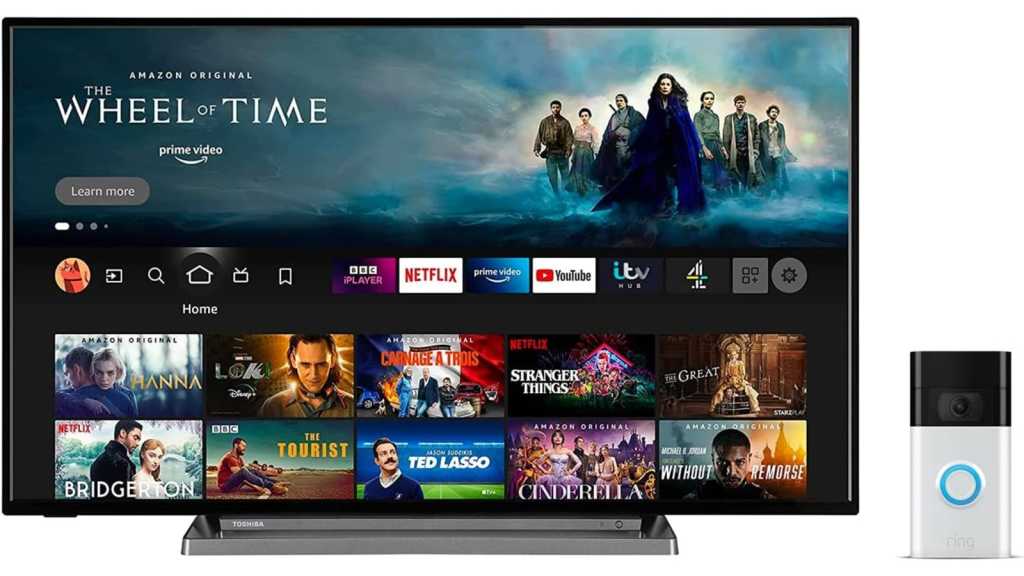 Buying a 50in 4K TV usually means parting with a lot of cash, but that’s not the case right now if you’re based in the UK.

That’s because Toshiba is offering its UF3D Fire TV for just £299 – a £100 saving on the usual asking price, and the first major discount we’ve seen since it launched in September. But Amazon and Argos are sweetening the deal by including a free Ring Video Doorbell 2 (usually worth £89.99) for a total saving of £189.99, or 38%.

Get the Toshiba UF3D and Ring Video doorbell bundle from Amazon

Get the Toshiba UF3D and Ring Video doorbell bundle from Argos

This bundle will expire on 14 November, so act fast if you’re looking to upgrade your smart home. But what if a 50in TV doesn’t fit in your living room?

Fortunately, Toshiba also has you covered. The 43in model of the exact same device is down to its lowest ever price with an £80 discount, and you still get the free Ring Video Doorbell. At £269, it’s £169.99 cheaper than what you’d usually pay for both. It’s only available at Argos, but also expires on 14 November.

As their names suggest, both TVs have Fire TV built-in. This provides easy access to a range of catch-up providers, streaming services and even games, both via the remote and hands-free using Alexa.

Amazon’s voice assistant can also be used to control the Ring Video Doorbell 2, which remains a great option for home security three years after its release. It provides motion-activated notifications, real-time 1080p video, two-way communication and night vision, all within a battery-powered device.

You do have the option to pay for extra features with a Ring Protect subscription (from £3.49 per month or £34.99 per year), but it’s by no means necessary.

Unfortunately, these TVs aren’t available in the US. However, there are often Ring Video Doorbell deals at Amazon US.